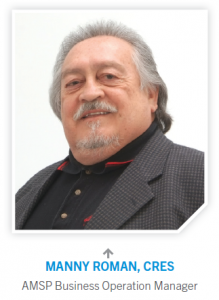 Last month I explored the concept of amor fati, a philosophy in which fate is regarded with appreciation and even with love. To love our fate is total acceptance of what has happened in our lives. This concept may be based on ancient philosopher Epictetus who said, “Seek not for events to happen as you wish but rather wish for events to happen as they do and your life will go smoothly.”

I have since been intrigued by this old Greek guy and have perused his sayings looking for wisdom that I may internalize. It is somewhat disturbing to me that I am now seeking this wisdom. It was greatly needed when I was a young man in life and business. Now it serves to give me comfort and also something to write about. So that is what I will do in this column: provide you with worthy quotes.

Epictetus: “He is a wise man who does not grieve for the things which he has not, but rejoices for those which he has.”

Manny Roman: Therefore, I will not grieve for the wisdom I could have had when younger, I will be happy it is now arriving. I will also extend this philosophy to my life, since I am relatively content I will now change that to rejoicing.

Epictetus: “There is only one way to happiness and that is to cease worrying about things which are beyond the power or our will. ”“Any person capable of angering you becomes your master; he can anger you only when you permit yourself to be disturbed by him.” “It’s not what happens to you, but how you react to it that matters.”

Manny Roman: You may recognize similarities with modern interpretation by recent gurus such as Stephen Covey’s “Be Proactive” the first habit of “The 7 Habits of Highly Effective People.”

Roman Emperor Marcus Aurelius: “Say to yourself in the early morning: I shall meet today ungrateful, violent, treacherous, envious, uncharitable men. All of the ignorance of real good and ill … I can neither be harmed by any of them, for no man will involve me in wrong, nor can I be angry with my kinsman or hate him; for we have come into the world to work together.”

Manny Roman: Your attitude determines how you will view things. What you see depends on where you choose to sit.

Epictetus: “First say to yourself what you would be; and then do what you have to do.” “It is impossible for a man to learn what he thinks he already knows.”

Modern guru Robin S. Sharma: “Everything is created twice, first in the mind and then in reality.”

Manny Roman: One must strive to have a clear picture and plan in the mind before taking action.

Epictetus: “Wealth consists not in having great possessions, but in having few wants.” “Circumstances don’t make the man, they only reveal him to himself.”

Kurt Vonnegut and Joseph Heller were at a party on Shelter Island hosted by a billionaire. Vonnegut wrote,

“I said, Joe, how does it make you feel to know that our host only yesterday may have made more money than your novel ‘Catch-22’ has earned in its entire history?” And Joe said, “I’ve got something he can never have.” And I said, “What on Earth could that be, Joe?” And Joe said, “The knowledge that I’ve got enough.” Define your “enough” and you will be happy to have it.

Epictetus: “If anyone tells you that a certain person speaks ill of you, do not make excuses about what is said of you but answer, ‘He was ignorant of my other faults, else he would not have mentioned these alone.’ ” “He is a drunkard who takes more than three glasses though he be not drunk.”

Manny Roman: OK, I was bothered by this last quote until I realized that wine comes in glass bottles. However, three bottles at one sitting does seem excessive. Share a bottle with someone who does not speak ill of you, that would be me.