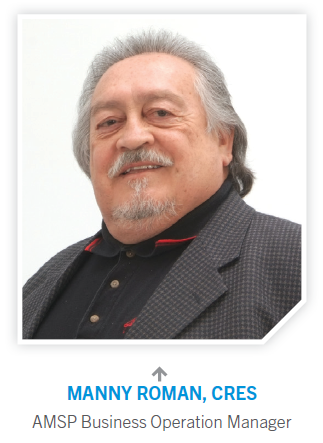 I have been writing the Roman Review for a very long time. Each month I am required to come up with something witty, enlightening, entertaining, etc. Sometimes I succeed and I get nice feedback.

Most of the time I have no idea what I will write about until past my deadline. I procrastinate. Then I have to scramble to keep from irritating the editor too much. TechNation editor, John Wallace, has learned to move my deadline up in an attempt to get me done on time. I have learned that the line is not as dead as it appears and I move it back.

I have always been a procrastinator. I put off doing almost everything until the very last minute or later. I have found that I work better under the pressure of expiring time constraints. My focus is sharper and clearer. This drives some people mad, my lovely wife Ruth for example.

So why do people procrastinate? Sometimes the task is unpleasant. Sometimes we just don’t want to do it. We may expect it to be a difficult process to complete, requiring extra effort. Sometimes we hesitate to engage the task due to a lack of confidence in our ability to complete it properly.

Good procrastination is not a sign of laziness. It is a purposeful manner of organizing work to be done. No matter the reason for procrastinating, there is value in putting things off if we do it right. As an example, I was avoiding writing this column until after the deadline. So, I put my mind’s back burner to work on coming up with what to write. Then, I began to complete other tasks that I had been avoiding.

I cleaned out the garage, a very unpleasant task. I rinsed down the driveway and other areas in the back yard. Here in Las Vegas, we get many windy days which leave a thin coat of dust on everything as well as moving each neighbor’s stuff from one yard to another. I have one neighbor who vacuums the small rocks that take the place of grass in his yard every single day. I imagine that he does not know what procrastination is.

So, my point is that procrastination is a good thing because in the process of avoiding one task, we can justify getting others done. Procrastination can get a great deal of other productive work completed. Also, sometimes, not doing something for a while allows us time to determine if the task needs to be done at all. This will avoid the “Do something even if it’s wrong” mentality because of unrealistic time constraints.

We are taught to generate a to-do list, prioritize the items and only work on priority one items. That is a great thing for non-procrastinators. I believe that the to-do list should not be prioritized until the time for completion of an item is very close. Until then, work on whatever you wish and you will be happier. If you are the type who worries about not getting things done, I suggest you procrastinate the worrying until later when it is more productive.

Well, now that I got this column out of the way, only two days late, I think I will procrastinate the next item on the list until next week.