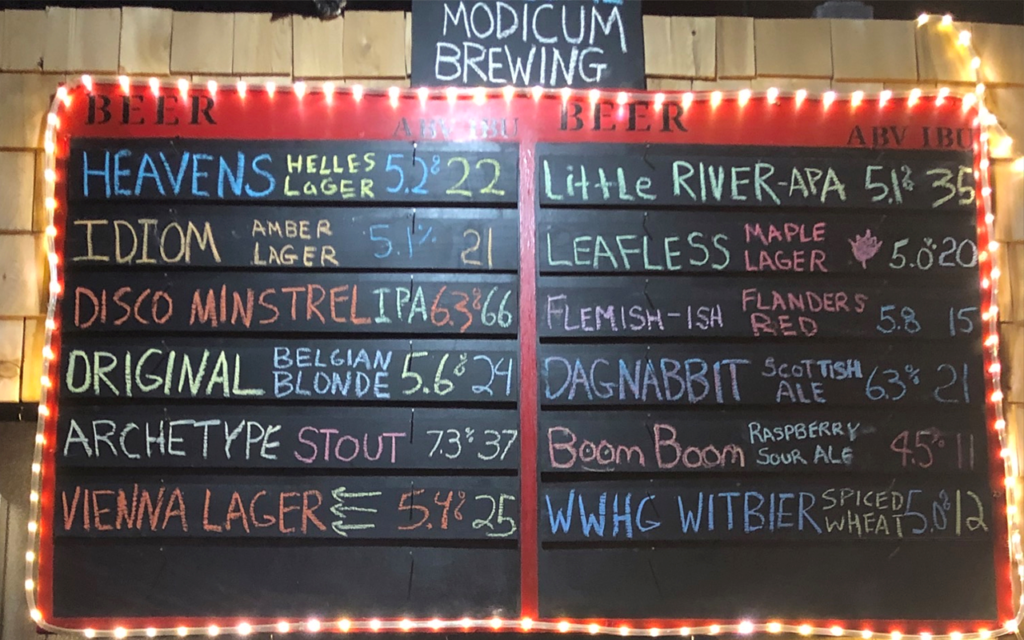 Thomas Jefferson once said; “Beer, if drank with moderation, softens the temper, cheers the spirit and promotes health.” What a ringing endorsement from the Father of the Declaration of Independence.

The social drink has been a favorite of Americans since the country’s founding. Served at sporting events, breweries, outdoor festivals and backyard gatherings, it has found a comfortable place in the national psyche.

Independent breweries have sprung up all over the U.S. with microbreweries and craft beers satisfying the diverse tastes of enthusiasts.

An offshoot of this love of beer is home brewing growth; as much of a craft as the methods practiced by the commercial breweries.

Chad Huss, a hospital service technician 3 with Agiliti who works in Wisconsin, just needed to accumulate the required supplies to turn an interest in home brewing into a pastime.

“I have had an interest in trying home brewing for years but wouldn’t make the choice to go out and get started due to the cost of starter kits and the uncertainty of how it would turn out. But later on, when I brought it up to my fiancée, her ex-husband had a starter kit that he didn’t use anymore. Therefore, I was able to get the basic equipment to get started for free. From there, I looked up some local home brew supply shops and purchased a recipe kit, bottles and bottle caps. After brewing my first batch I have been hooked ever since,” Huss says.

He says that there is actually very little required to get started in the hobby. A new home brewer can get a starter kit that can range from about $50 to $380. Obviously, the more expensive kits come with more equipment and are a little more advanced.

He says that the steps include obtaining liquid extract from a commercial supplier, which creates “wort,” the sweet infusion of ground malt or other grain before fermentation. The water is then dehydrated out of it, creating a syrup.

“All you must do is add the liquid extract to water and boil. Partial mash is the in-between process of extract and all grain brewing. You use extract, but also some grain, that gets mashed (infused into the water to extract starches that get converted into sugar). Finally, all the grain is mashed in the water to extract the starches to be converted into sugar,” Huss says.

One example, within the process, that Huss says has evolved with home brewing experience, is the mashing process.

“I start out at 120 degrees when I put the grain in and wait for a few minutes to get a dissolved oxygen reading and PH. My meters for checking these stay accurate up to 120 degrees. Also, if this was to be a wheat beer, this temperature would serve as the protein rest as wheat has more proteins in it. Putting grain into the water adds some oxygen from the grain, therefore the baker’s yeast in there will eat the oxygen. Then I turn it up to 144 degrees for 30 minutes, which is the beta-amylase starch conversion. Then to 155 degrees for one hour, which is the alpha-amylase start conversion. Then to 162 degrees for 30 minutes, this will increase the body of beer,” Huss says.

There are several more steps before the mixture is boiled and hops are added. A longer boiling time can result in a darker beer. After the previous steps, there is still fermentation. Huss’s process includes many other steps that all impact the final product. He has added some more sophisticated equipment to make the process more high-tech and still has a few items on his wish list.

Gathering with Fellow Brewers and Competitions

Improving one’s skills comes with experience as a home brewer and Huss has seen the evolution.

“My skills and knowledge have been evolving ever since I started. I would say the biggest changes a home brewer faces are going from extract, to partial mash, to all grain brewing,” he says.

“Some clubs host home brew competitions and have a professional looking website, and have positions within the club like president, treasurer, etcetera. Our club is very laid back. It’s just about getting together to try each other’s beers and provide input. Mostly talking about beer and techniques and life in general,” Huss says.

The hobby isn’t restricted to having a few family members, friends, or even club members taste-test the finished product. There are actually competitions within the home brew universe.

He says home brewers can win money and other prizes at larger competitions.

“There is generally a winner for each beer category and then a best of show, which is the best beer at the competition,” Huss adds.

How can readers become involved in this pastime?

“They can get a starter kit and recipe kit from a local home brew supply shop or online supplier. Some of the biggest suppliers are Northern Brewer and More Beer. I also like to shop on Amazon, and there are two local homebrew shops that sell online, such as Wind River Brew in Barron, Wisconsin, and RiteBrew in Little Chute, Wisconsin,” Huss says.

He says that if you’re not sure, you can find information by searching online, or contacting a local home brew club and attend a meeting.

“There are also Facebook groups you can join to learn more and go to a home brew competition. There are usually samples given out to attendees. If anyone wants to reach out to me on LinkedIn, I would be willing to talk to them and answer questions,” Huss says.

When not mixing up the perfect brew, Huss stays busy as an HTM professional.

“I have worked for Agiliti for 12 years and I am currently a hospital service technician 3. I work at one of our on-site programs where I mostly work on Alaris infusion pumps and a variety of hospital beds. In addition, I help manage our inventory levels, training staff, as well as, cleaning and distribution of equipment,” he says.

Huss already has one certification for serious home brewers and is working on others. On the job, or practicing a pastime, Huss is determined to do things to perfection. Attention to detail is in everything this biomed does.