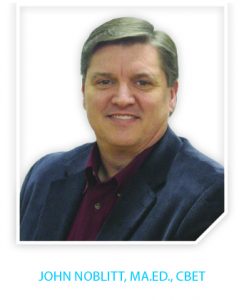 I have written several articles about biomedical equipment technology programs and the state of community colleges. I have mentioned that enrollment in community colleges has an inverse relationship with the economy. When the economy is poor people either go to school or return to school to further their education and hopefully expand their employment opportunities. When the economy is good and jobs are readily available fewer people go to school and even fewer return to school to strengthen their skills, they just go to work. I thought I would share some more information and once again ask for help.

Educational institutions are not that different than any other organization (i.e. a health care system). There are certain ways the institution raises money, from carrying out daily operations in a fiscally responsible manner to adding services or adding more funding streams, such as more procedures or increased occupancy rates. In education, this would equate to adding a new program of study for more students to come into or adding students to an existing program of study. Just as the health care institution has certain reimbursement rates for different services, community colleges generate monies from generating FTEs or full time equivalent. These FTEs are reimbursed at a certain rate from the state. There is a formula for calculating FTE where you take the number of students in a class and multiply that by how many contact hours are in the class and multiply that by how many weeks in the semester (which is 16) and then divide by 512. The formula is how most colleges determine FTE. Once FTE is calculated the bill, per se, is sent to the state government for funding.

So, let’s look at how these numbers my effect a program of study. In 2010 there were more students than we knew what to do with, colleges were scrambling to find spaces to seat the students. Here at Caldwell Community College, we had to build a new parking lot, so students could park and get to class. That year we had 64 BMET students. Using the current reimbursement rate the program would have generated approximately $350,000 to fund the program and other expenses at the college. By contrast, in 2016 we had 33 BMET students which equates to approximately $166,000. These numbers make it very clear just how the economy and lack of students can seriously impact funding of educational programs at the community-college level.

Last year, with the continued economic recovery, we only had 10 students who began the program. In over 25 years, I had never witnessed so few students enter the program. I attribute much of this to students deciding to go to work instead of pursuing education and preparing for a career. During the academic year, out of the 10 who started 2 dropped out and went to work full time. Both students dropped the program for a $15 per hour job. When these students came to me they both said they would be making the very top pay for their job classification. I quickly reminded them that their first job in the HTM career field would likely pay them in the $20 per hour range, but that did not seem to deter them. Maybe for their situation it was the best thing for them, but I still believe they made a poor decision. If I had to make a bet, I would say at least one of them will return to college like so many students in their 20s do.

If we look at the economic fallout for the program since 2010 it looks something like this, 2010=$350,000, 2016=$166.000, 2017=$40,242. You don’t need a degree in economics to see that this is not sustainable. I am encouraged by the numbers for fall 2018 as it appears we will have 15-20 students beginning the program. This will improve the financial situation of the program. However, this improvement still has administrators asking if the program is viable. I think it is because the current job market is extremely strong. I share this information with each of you to make you aware of the state of BMET programs at two-year colleges.

As we continue to struggle to find the next generation of HTM professionals I ask each of you to steer a bright young individual pursue a career in the HTM field. You can always direct them to www.aami.org where they can find all the HTM educational outlets and the one that is the most convenient for them to attend.