The Future: Students Weigh In on Right to Repair 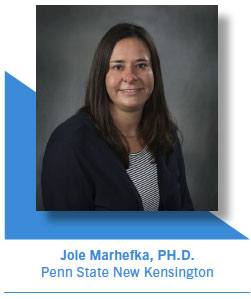 The “right to repair” is a topic of much debate in several industries including medical devices. It has certainly been in the news a lot lately, with federal legislation being introduced, an executive order being signed by President Joe Biden, and the Federal Trade Commission releasing a report calling for more rules to allow consumers more choice when faced with repairs on things that they own.

The students almost unanimously supported the right to repair in other industries. Some students expressed support for the right to repair medical devices as well, but, overall, the students were more conflicted when considering medical devices. The students acknowledged that the consequences of a ventilator being repaired incorrectly, which could result in patient death, were more severe than those of a phone being repaired incorrectly that would likely only result in the owner being without a phone and having to spend money on a new one.

The students agreed that it was essential to consider patient safety when dealing with medical device repairs. They worried that if someone who was not trained tried to repair a device, it might compromise patient safety. They also worried about liability if something were to happen to a patient. On the other hand, they pointed out that it would be more convenient to be able to do a repair in house, and, in some cases, having to wait for a device to be repaired could also negatively impact patient safety. Some students did seem to be more supportive of the right to repair medical devices, saying that manufacturers should provide manuals and make necessary tools available to the hospitals that purchase their equipment.

The students also expressed support of the right to repair in the case of minor repairs, pointing out that it would not make sense to have to call a manufacturer to do something as simple as replacing a light bulb (perhaps not the best example, but it gets the point across, I think). They seemed less certain about complex repairs. We then discussed who should make the decision whether a repair is complex or not. The students questioned whether the hospital should make these decisions or whether a regulatory organization such as the FDA should. This led to a discussion of how manufacturers, and repairs by manufacturers, are subject to FDA oversight in ways that third-party biomeds, including in-house biomeds, are not. In general, the students seemed to be more supportive of right to repair if the FDA had more oversight of hospital biomeds.

Additionally, we discussed the role of training in repairing complex medical equipment. While I think we all agree that it would be a bad idea to allow someone who didn’t have the appropriate education to repair a piece of medical equipment, especially a high-risk device, the class did identify a gray area regarding what training was necessary. Training from the manufacturer would certainly qualify someone to work on a device. We also discussed other ways that a biomed might become competent, such as through experience with similar devices or learning from an experienced in-house biomed. The students seemed comfortable with someone who is “trained” repairing a medical device, whether or not they are employed by the company who made the device. The question that remains, though, in the students’ minds, is what training is sufficient and who makes this determination.

Overall, it was interesting to hear the students’ take on this issue, knowing that they have not yet worked in HTM or experienced the real world impact of manufacturers denying hospitals access to tools or information needed to repair devices. It was nice to hear their views as they are not yet affiliated with a hospital, manufacturer or company. I am curious how, or if, their opinions will change once they start working in the field and how that will be impacted by where they are employed. It will also be interesting to see if federal legislation on right to repair passes in the coming months, and if it includes medical devices. In general, it will be interesting to see how this plays out in the future.