TRENDING NEWS
Home Magazine Expert Advice The Other Side: Biomed to the Rescue

The Other Side: Biomed to the Rescue 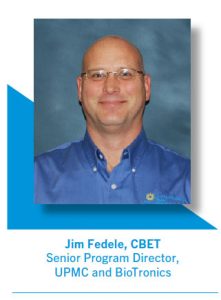 Recently, we experienced a software problem with a rather minor but important device. The software error takes the unit completely out of service. We have many of these devices and every one of them encountered the problem. Once the company figured out how to solve the problem, they needed the local biomed team to step in and do the work. My issue with this situation is this company has not been a biomed friendly company and has often locked us out of equipment to ensure we call them. Then they request a purchase order to move forward with the repair. I wondered if others had issue with this situation and the way it was resolved.

Our problem started on January 1 of this year, all our Holter recording devices were displaying an error 602 code (you can search ECRI’s alert database for details) which rendered them unusable. Nothing we tried would reset the code. All 30 of our units had the error and could not be used. The users and my team called the company for a solution and the company admitted that there was a fault with the device because of the year change and they were working on a solution. Our only mitigation was to cancel all the patients scheduled to receive a recorder until we had a solution. As luck would have it my 91-year-old father-in-law was one of those patients. He had a bunch of questions for me.

The company promised us they would have a solution in a week, we held tight and waited. Before the week time frame ended, they said they were still working on the solution and it would be another five days. At this point, we had patients who were anxiously waiting for their studies to be done so their treatment could be started. My father-in-law was one of them. His family doctor thought he might have A-fib and they wanted to do a study on him to verify it. I experienced firsthand the anxiousness of our patients waiting to use the units. It always reminds me that what we do is important and at the end of all we do, the health of someone’s mom, dad, brother or sister is at stake.

We finally received a statement from the company on how to fix the units. The company said the challenge would be getting to the thousands of units in a timely manner. Then, they stated that they recommended having the biomed department handle the repair. They continued that the repair shouldn’t take more than 10 minutes per device. In my mind, I always knew the local biomed team was going to have to do something to help the company solve this problem. However, part of me didn’t want to help this company. This company has charged us for simple phone support, they came in and did an update on our ultrasound machines that then locked us out of them. In general, this company has not been very cooperative without a purchase order. I quickly remembered my father-in-law and the other patients waiting to have a study done. We quickly sprung into action and repaired all our units in a few hours.

Reflecting on this situation, it does make me feel sad that the relationship between the local biomed team and some OEMs isn’t better. I understand that service and service contracts are a revenue stream for the manufacturer. However, when equipment doesn’t work the on-site biomed team is here and ready to minimize patient impact. When I first started in this industry the collaboration between the OEMs and local shops was a lot better than it is today. Now, almost every request for tech support, documentation or even a parts contract is met with much resistance. At the end of the day, I know my team always works for the patient. We try to minimize the impact of downtime and maybe someday the OEM will realize it.

Jim Fedele, CBET, is the senior director of clinical engineering for UPMC. He magazines six Susquehanna Health hospitals. He has 30 years of HTM experience and has worked for multiple service organizations. Send questions or comments to Editor@MDPublishing.com.