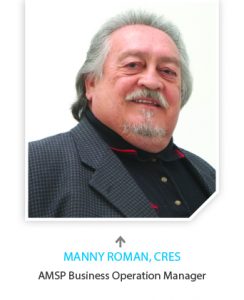 I was recently reminded about the two-wolves-inside-you story. This story has been told and retold in many variations. Sometimes the wolves are changed to dogs. The story is attributed to Cherokee proverb or not-so-native storytellers.

In case you have been in outer space for a long time the story states that a wise grandfather tells the grandson there are two wolves inside every individual. One is the Good and the other is the Evil. The good one represents joy, peace, love, humility, kindness, truth, compassion, etc. The evil one represents anger, envy, greed, arrogance, resentment, lies, pride, etc. The two wolves are in constant conflict.

This is the standard battle between good and evil that most of us feel, understand and accept. The grandson asks, “Which one will win?” The simple answer, “The one you feed.” The battle will be won by the stronger wolf, which is the one we feed the most.

This, of course, makes perfect sense. We will tend to gravitate toward feeding our anger and arrogance etc. or toward feeding our love, compassion and truth, etc. So on a continuous basis, we make decisions which wolf to feed. Even minor feeding of one wolf will make it stronger and thus that wolf’s influence will increase.

When another similar situation arises, it will be much easier to feed that same wolf once again. This is especially true if some reinforcement of that decision occurred. This establishes the pattern of feeding the same wolf more often and with more food. This is true for either wolf, the one we named Good as well as the one we named Evil.

I have written before about the need to develop and maintain a well-defined value system so that our decisions will be easier. Either they fall within our value system or they don’t. I have cautioned about violating our value system even once, for it then becomes easier and easier to continue the violations. In the wolves example, once we feed one wolf, its strength begins to defeat the other wolf.

Above I said that “most of us feel, understand and accept” the battle that goes on between the wolves. However, some people just don’t seem to have one of these wolves available to cause the balance that they bring. Some people have fed one of the wolves so much and often that the battle has ended. The defeated wolf may still be alive but it is on life support, it’s whimpering ignored.

Please note that I am not saying the death of one wolf is better that the death of the other. That is a personal decision and choice each of us has to make. If a person is pure good, or pure evil, how can he understand and differentiate between alternatives? The existence of the two wolves, the battle they fight, and the influence they have on our behavior makes us who we are.

Personally, I tend to feed the wolf we called “Good” more often that the other wolf. This accounts for my relative inability to recognize, and accept, the evil in others. I tend to get taken advantage of quite often because I just can’t see inside people to recognize which wolf is stronger in them. I must rely on my stronger wolf, which continues to tell me that there is no way someone could intentionally be so bad. I give my wolf another tasty morsel and then get bitten in the butt by someone else’s evil wolf. I should replace my wolves with indifferent cats.