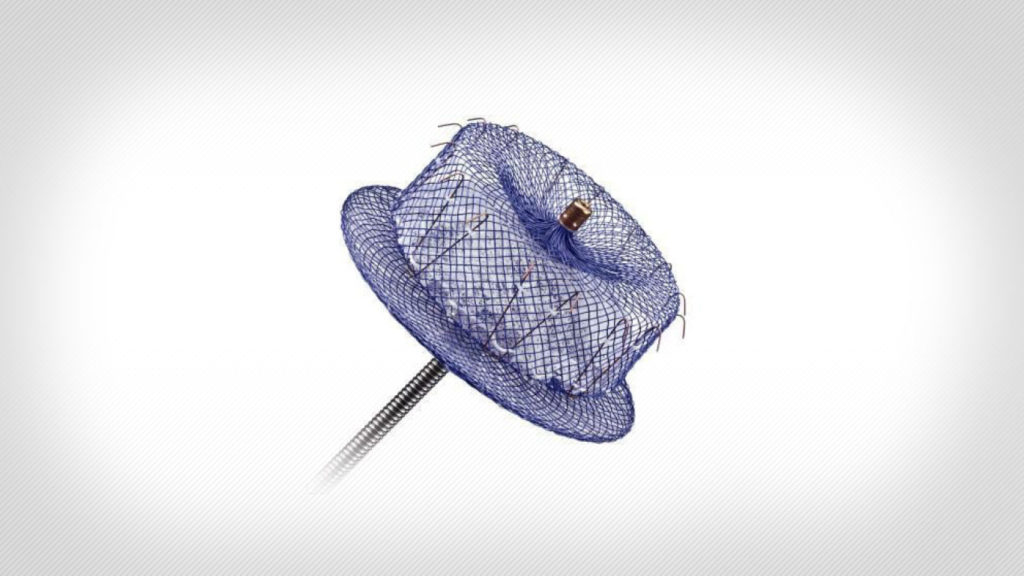 Director of Standards for the Association for the Advancement of Medical Instrumentation (AAMI) Cliff Bernier (recently retired) ran the ISO technical subcommittee for Cardiovascular Implants and Extracorporeal Systems (TC 150/SC 2) that developed the standard.

“We were approached by the Chinese delegation, who already had a standard on cardiac occluders, and then wanted to bring it up to the ISO level and make it an international standard,” he explained. “They offered their document to TC 150/SC 2 … and were very involved.”

Another first for the new standard? It was the first one convened by Dr. Bobak Mosadegh, associate professor of biomedical engineering in radiology at Weill Cornell Medicine’s Dalio Institute of Cardiovascular Imaging.

“I think during the first meeting [I attended] my colleague Simon Dunham and I were asked if we would act as conveners for that meeting,” Mosadegh said. “I think because we were maybe the only academic professors there, we [appeared] very non-biased. And even though we felt like we knew nothing, we [joined] to learn … We very much acted like mediators and project managers, and it went very well. They eventually asked us to stay on, and I became the convener and Simon became the co-chair for the working group.”

The most important first, of course, is the standard itself. While cardiac occluders have long been used, there has never been a formal standard for them in the Western world. “It was news to us that there was a standard and that there was a will to further develop it and make it international,” Bernier said.

Bernier explained that while there have been standards for numerous other cardiac devices – the cardiac valve standard, for example, was one of the earliest standards developed – cardiac occluders have never garnered much attention. The devices are incredibly simple, he noted, which may have been part of the reason for cardiac occluders not getting their own standard until now. However, between the Chinese standard being introduced and the FDA suggesting an occluder standard in the U.S., the time was right for ISO 22679.

The process of developing the standard began in October 2017, when the project was officially proposed. Like many ISO standards, the proposal officially came from a country – in this case, China – though other standards have been proposed by device manufacturers, federal agencies or even the ISO’s secretariat. Often, Bernier noted, issues will be raised by an ISO working group, and then the secretariat will review the issue and, assuming it doesn’t raise any red flags as an attempt at a company to secure market domination, move it along to an official ISO project.

“The countries that have manufacturers that develop [medical devices] are usually more than happy to engage in standards work, so there hasn’t been a lot of contention,” Bernier said. “If there’s going to be a standard [countries and companies] want to be at the table to make sure nothing happens that’s going to compromise their product. There are always varying interests at the table … and they all bring their perspectives and requirements.”

However, both Bernier and Mosadegh said the cardiac occluder standard went through a very smooth process.

The Chinese standard, which formed the basis of the final standard, was translated and placed into the format of the ISO’s cardiac valve standard so it could be easily organized and drafted from its skeleton form. Once that happened, one of the biggest debates was about whether there should be a clinical section of the standard. Luckily, said Mosadegh, a new member, Dr. Monica Tocchi, medical director of Meditrial, happened to be a physician, and she offered the answer the group needed.

“She said, ‘Hey, you know what? You have to have a clinical section, and I’m going to go out and find a bunch of clinicians to come in and be part of a sub working group within this working group,’ and she did,” he explained. “Within a matter of days, we had a list of five or six people who, through both Zoom calls and in-person meetings, were able to generate the clinical section of the standard.”

“It was a huge contribution that I think really made the standard well-rounded,” Mosadegh added. “It has really good guidance for medical device manufacturers, engineers and the clinicians.”

With all the pieces in place, the standard as now published covers all the necessary practitioners who are involved in the design, development and use of cardiac occluders.

As Mosadegh explained, “This standard emphasizes risk management for all steps of producing a cardiac occluder, including all three stages of in vitro, preclinical, and clinical testing, and packaging, labelling, and sterilization. Furthermore, comprehensive informative annex sections are provided for topics such as hazard analysis, specific testing methods, pediatric devices, imaging protocols, delivery system evaluations and training.”

Mosadegh and Bernier consider the final publication of the document a huge success. “It’s a big sense of accomplishment,” Bernier said. “It’s a good product, a good standard and the world is safer for it. That’s a good feeling.”

The new standard can be found in full at iso.org.