Association of the Month: The Baltimore Medical Engineering and Technician Society (BMETS)

Posted By: K. Richard Douglason: January 31, 2020In: Association of the Month, Magazine, Spotlight 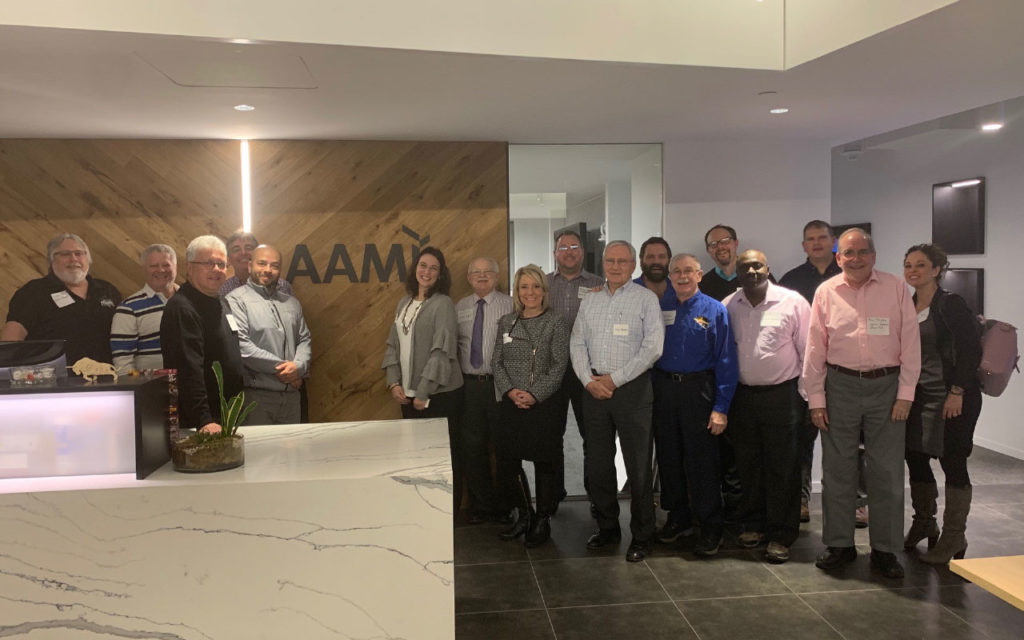 On a snowy day, a group of BMETS members boarded a chartered bus to AAMI Headquarters, in Northern Virginia, to tour the facility, and speak about synergy.

The city of Baltimore sits beside a historic harbor that lies at the head of the Patapsco River estuary. Baltimore is the only city in Maryland not located within a county. It was a ship building center during the Revolutionary War.

Serving the HTM community in this historic area is the Baltimore Medical Engineering and Technician Society (BMETS). The society’s acronym may be one of the most memorable among similar organizations nationwide.

The society’s roots go back more than 37 years. BMETS evolved out of a need for a local biomed society.

“The Baltimore Medical Engineering and Technician Society (BMETS) held a ‘fact finding’ meeting in September of 1982. The purpose of this meeting was to determine if there was a need/interest for such a group in the Baltimore area,” says BMETS Treasurer Wayne Jenkins, CBET, clinical engineering manager at Carroll Hospital, a LifeBridge Health Center.

After the meeting, it was determined that there was a need and interest for such an organization in the Baltimore area.

“So, this group of three, along with some others including myself, drafted a set of bylaws and BMETS was formed and met in January of 1983 to present the bylaws and get approval from those who wanted to join,” Jenkins says.

He says that once the bylaws were adopted, the group started collecting membership dues.

According to the group’s website, one of the bylaws established the group’s founding purpose as:

“The purpose of the Society is to provide a forum to enhance communication between and the technical education of its members.”

“Over the years, the membership grew, and today we have a membership of about 135 all over the Maryland area including Northern Virginia and Southern Pennsylvania hospitals,” Jenkins says.

BMETS Vice President Michael Milan says that from the time he was nominated for the position in 2016, he decided that his mission would be to select great, centrally located venues, and vendor sponsors that would create events that people really looked forward to attending.

“We have seen membership and monthly attendance grow, even drawing members from out of state,” he says.

“We’ve done our best to draw presenting sponsors that provide educational training, new product information, and sharing of industry news and standards. Every meeting, I enjoy hearing the conversations happening among people working in different health systems, the same health systems, and vendors providing solutions for challenging problems. That is what BMETS was founded to do, to share ideas and solutions within the industry, to advance medical care,” Milan says.

He says that the group’s vendor sponsors have always given gracious feedback about how they were able to connect with attendees in a casual setting, and keep their attention in order to deliver their message.

“As a salesperson, I know how difficult it can be to have productive conversations, during the middle of a busy work day. The result is that clinical professionals get a better understanding of the products and services offered, by their local vendors. It’s a win-win,” Milan adds.

Milan says that another initiative of the current board is to grow the scholarship fund and support the growing need for biomedical professionals in the local and national market.

“Our committee has dedicated our support to the local Howard County Community College Biomedical Technician Program, where our esteemed treasurer, Wayne Jenkins, was one of the first students of the program. We are actively looking into ways to grow our scholarship fund, through matching gifts or endowment solutions, to keep growing the fund for years to come,” Milan says.

“We have educational meetings September through April (excluding December) with an average attendance of 55 to 60 per meeting. The meetings are sponsored by various vendors to present educational material on their product or to introduce new ideas of things to come. We have not hosted an annual conference/symposium. However, in 1986 we did co-host an ASHE conference held in Baltimore, at which we provided some of the classes and teachers,” Jenkins says.

BMETS was also an active supporter of MD Expo when it was held in Baltimore this past October.

Making Contacts and Funding the Future

Networking opportunities and encouraging the next generation of biomeds are both on the society’s agenda.

“We do have a scholarship fund and have made donations to the AAMI and Howard Community College scholar programs. The group has developed a close relationship with the biomedical program at Howard Community College, with one of the program educators being a member, and we offer free membership to current students enrolled in the biomedical program. We also offer membership to vendors as well as those who work for hospitals/medical centers,” Jenkins says.

He says that one important thing that the group does at the monthly meetings is to start the evening with a social/networking time which gives members an opportunity to talk and interact.

“This is an important time to gather information and sometimes problem solve on issues we may be having with equipment at work. As a side note, with vendors as members, they see us interact with other techs and this helps keep them ‘honest’ when they come to our hospitals to make a sales pitch,” Jenkins says.

“As I’m sure is true of other societies of this type, finding officers is a struggle; that’s why some of us have held office for a number of years and in various positions. I’ve held all the offices a number of times for a total of 25 years,” Jenkins adds.

This Baltimore-area biomed group, with the easy-to-remember acronym, is helping strengthen the HTM community in the region for this generation of biomeds and the next.