Professional of the Month: Tony Cody, CBET, CHTM – Learn from Every Experience

Posted By: K. Richard Douglason: January 31, 2020In: Magazine, Professional of the Month, Spotlight 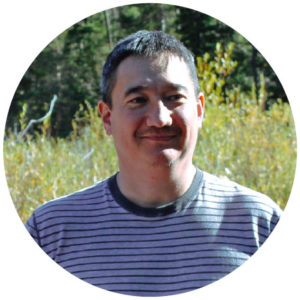 Learning from your mistakes and focusing on ways to grow from them just may lead you to become a clinical engineering director. It’s all in your perspective.

That was the experience of Tony Cody, CBET, CHTM, tech management, ENTECH director in Clinical Engineering at Banner Health in Greeley, Colorado.

Cody learned from every experience on his way to leadership.

“I was 19 years old and looking at joining the U.S. Air Force. The recruiter pulled out a great big binder of Air Force specialty codes – job titles – and I spent about two hours reading the descriptions. I was drawn to the biomedical equipment repair technician description and the thorough training it entailed. I went to the Military Entrance Processing Station (MEPS) in Oakland, California and I only chose two jobs with BMET being the one I was assigned,” Cody says.

The choice to pursue a BMET career started with getting the right training.

“I attended the BMET training program at Sheppard AFB, Texas in 1994 after attending 10 weeks of electronics at Lackland AFB. I loved the training and challenge, but the stress was very high. We started with a class of 10 and graduated only five. I may be biased, but I thinks the pre-Tri-force merger training was the best you could receive in HTM,” Cody says.

His military BMET training led to a career of varied positions and increasing responsibility for Cody. 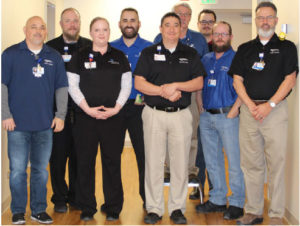 Tony Cody is proud of his HTM team.

“After serving as a BMET in the U.S. Air Force, I have worked for many different companies and many different jobs. I worked for an independent service organizations (ISO) as a BMET, single-entity hospital as a BMET, field service technician for OEMs as a laboratory specialist, lead tech for a small ISO, senior manager for Banner Health over North Colorado Medical Center (NCMC), and I presently hold the position of TM/ENTECH director over technology management over NCMC and all Banner Health Clinical Engineering East,” Cody says.

Those varied position allowed for a lot of specialization and training.

“As a technician, I specialized in laboratory and information technology. I earned several IT certifications (A+, N+, MCSE) and two AAMI certifications (CBET, CHTM). As a director, I bring a good understanding of regulatory and developing tools for reporting,” he says.

Some of those varied biomed experiences over the years offered some interesting challenges for Cody.

From disaster preparation to HTM leadership in a big organization, he has experienced some noteworthy situations.

“In 2005, as a technician for PerkinElmer, I landed in New Orleans and helped secure laboratory equipment at the Department of Health as they braced for Hurricane Katrina. I ended up leaving 12 hours before landfall,” Cody says.

He says that Hurricane Katrina made a last-minute turn toward New Orleans, and that earlier, it appeared that Brownsville, Texas was going to be where it would hit.

“I checked the previous night and it appeared New Orleans wasn’t in direct danger. I took the earliest flight in from Kansas City, Missouri and I drove in toward the Department of Health Newborn Screening Laboratory with the intention of doing an installation,” he says.

“The traffic was extremely light and I arrived on site. That’s when I found out that overnight Katrina made an unexpected turn and it was now a Category 5. (It landed as a Category 3.) After changing my flight plans to leave that afternoon, I helped to safely shutdown equipment, cover all the equipment with plastic and raise all portable equipment off of the floor,” Cody adds.

He says that the flooding of Hurricane Katrina was beyond what was predicted.

“Ultimately, the prep did not prevent the equipment from being damaged. PerkinElmer shipped in all new equipment to Baton Rouge and installed it at a contingency laboratory in Baton Rouge, Louisiana,” Cody says.

Cody considers himself fortunate for having great mentors and great people on his team.

“As the new clinical engineering senior manager for Banner Health, I took over the management of an HTM shop with little prior leadership experience and a group of technicians with little previous HTM experience. I had to learn on the fly while teaching best practices, developing SOPs and building relationships,” he says.

“I had a great group of men and women that had the core values to learn and grow. Within a year, the shop became one of the strongest I have ever become a part of. I am truly thankful for the mentoring I received in becoming a leader and for the opportunity to grow my team,” Cody says.

Above left: Tony enjoys being active in the community, including giving out candy at Halloween. Above right: Tony enjoys spending time with his two sons. 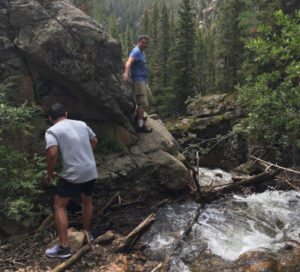 Rock climbing and hiking are a few of Tony’s hobbies.

When not on the job, Cody enjoys hiking, mountain biking, disk golf and vintage audio gear.

“To be honest, presently, my time is monopolized by my three-year-old boy,” he says.

“I have been married for 16 years to my lovely wife, Katie. We have a 15-year-old, Brendon, and a three-year-old, Ronin,” Cody says.

Looking back on his career and experiences, Cody is philosophical about what it all means.

“I have not always been a great employee by any stretch of the word. I made so many mistakes and made poor decisions. If there was a way to do something wrong, I probably did it. The good thing is I grew up and learned from my mistakes. It took a heart change and a mind change. The point I have is this: If I can do it then anyone can. If you are not where you want to be, then look at your failures and learn from them. Move forward with integrity and discipline,” he says.

From BMET to director, those lessons have paid off.