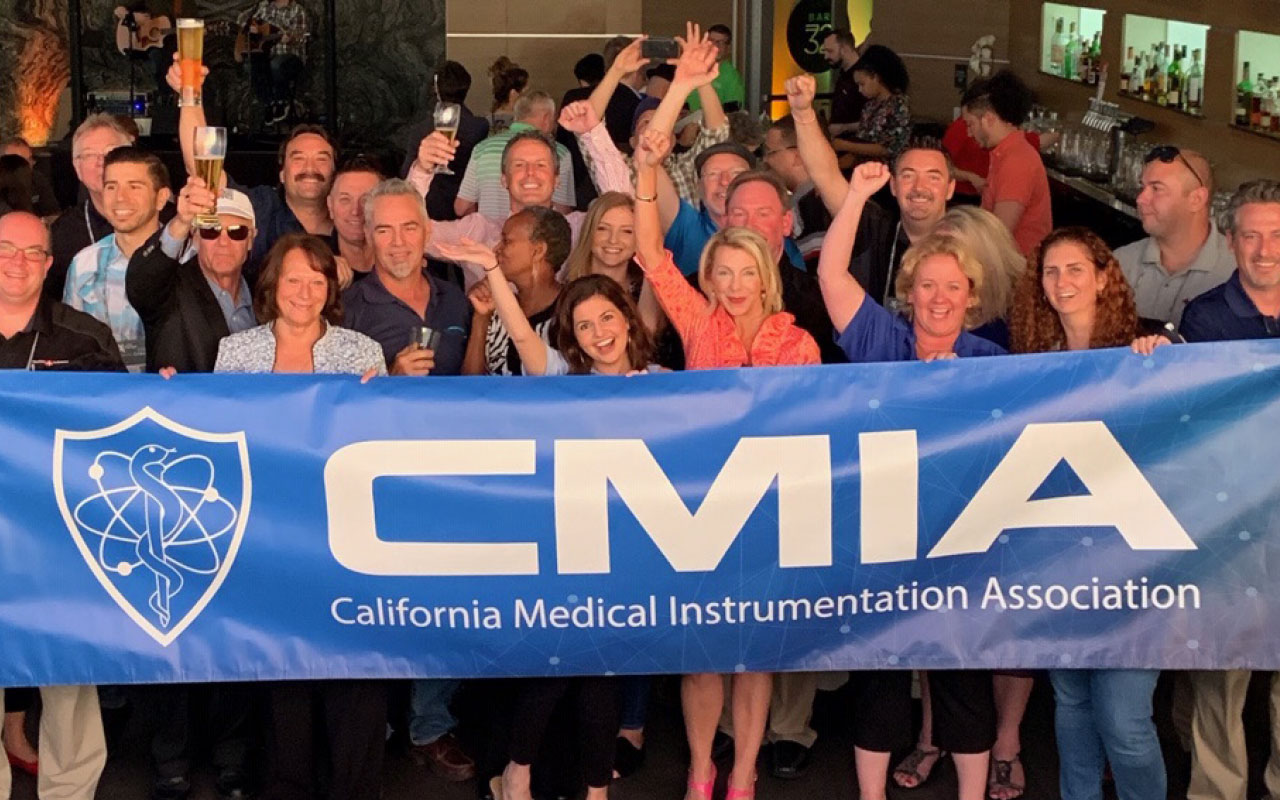 Association of the Month: The California Medical Instrumentation Association

Posted By: K. Richard Douglason: August 30, 2019In: Association of the Month, Magazine, Spotlight 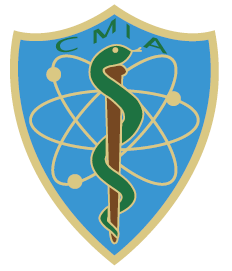 California is a large state with 840 miles of Pacific coastline that stretches from its border with Mexico to Oregon. The eastern side of the state borders Nevada and Arizona.

The state is known for its farm crops, Silicon Valley tech firms, beaches and wine country. The state is so big that it would take 10 hours of non-stop driving to travel the Pacific Coast highway from the Oregon border to San Diego.

With such great distances within the state, it would stand to reason that a statewide biomed association would need to be equally expansive to accommodate the scattered population of biomeds.

The California Medical Instrumentation Association (CMIA) has been able to achieve just that over its long history.

“CMIA was founded in 1972 by those working in the field when they became more conscious of a need for improved communication and contact with peers. CMIA became a nonprofit organization with the state of California in 1992,” says Jennie “Jenn” Nichols, 2019 CMIA State Chair.

Nichols says that CMIA was founded by a group of biomedical electronics technicians and engineers who gathered together to discuss issues arising at their facilities.

“This led to more meetings and roundtable discussions where problems and remedies where passed around and there was a sharing of knowledge. The first unofficial meeting was held at Santa Ana Community Hospital in October 1972. Meetings at St. Jude’s Hospital, Hewlett Packard, and the City of Hope followed,” she says.

The following year, a large group of biomeds got together, elected officers and started the CMIA.

“The bylaws were drafted and became the constitution that all members of CMIA now follow. The group met once a year from 1974 to 1981 at Cottage Hospital in Santa Barbara, California. There were workshops for members while their families visited local points of interest. CMIA incorporated in 1992 with the state of California and filed for nonprofit status. CMIA became the first biomedical association in the U.S. and many states started forming their own associations using the CMIA constitution and by-laws as the model. CMIA has grown to nine chapters with over 1,000 members from the HTM community,” Nichols says.

The organization’s chapters hold meetings every other month. There are more than 54 meetings annually across the nine chapters.

Finding the Next Generation of Biomeds 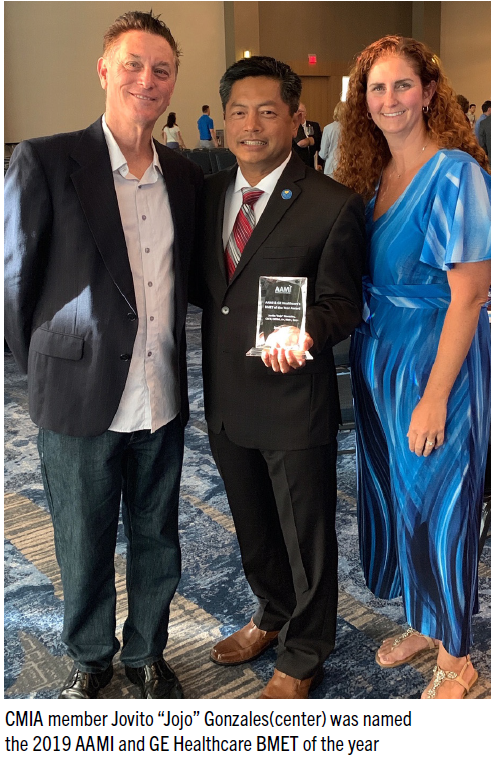 The association offers many benefits to its members, with training and education as high priorities. They also like to pay it forward and support charitable work.

“Education is our main focus and we support our mission of education through chapter meetings and a state conference. There are often other mini conferences hosted by the chapters to promote education. Chapters also host weekend training events hosted by OEMs, field service engineers or other vendors,” Nichols says.

“Our other passion is giving back. Many of the CMIA members are involved in giving back through mission trips, donation of used medical equipment, mentorship and community involvement. Our members are giving of their time and talent. We are incorporating outreach events into our chapters and the state conference,” Nichols adds.

She says that at the 2020 Conference, CMIA will be hosting junior high, high school and junior college students to participate in an interactive session with members, including a panel discussion, roundtable and exhibit hall access to learn more about HTM.

CMIA also supports scholarships to help the next generation of HTM professionals.

“The Frank Yip Memorial Scholarship fund is dedicated to the memory of Franklin Yip. The fund is established to encourage others to follow in Frank’s footsteps by pursuing a course in biomedical studies, with the goal of practicing biomedical/clinical engineering. Up to five scholarships are awarded yearly and presented at the annual conference. We also offer a scholarship program for up to 10 individuals per year to pursue their CBET certification. The scholarship covers the CABMET study course,” Nichols says.

Nichols says that the 2018 Conference in Ontario, California was a well-executed conference with 20 educational sessions, a maxed-out exhibitor hall, engaging keynote and awards banquet.

“CMIA is planning a three-day conference for January 2020 in San Diego. Highlights include over 35 speakers/panels, 75 exhibitors, golf tournament, an outreach event for junior high, high school and junior college to introduce them to the HTM field and networking event of local craft breweries,” she says.

The effort to help guide the next generation of biomed also means establishing a relationship with local training programs, technical and community colleges.

There is also a need to replace the many retiring baby boomer HTM professionals and biomed associations, like CMIA, play an important role here.

“CMIA is adapting to new ways to reach our members. We started with a complete redesign of our website (CMIA.org) and will be implementing our social media strategy in 2019 to appeal to a wider audience. At the chapter meetings, we are encouraging students to attend and network with biomeds and hiring managers. Our new website supports job postings along with providing tools on how to get involved in the industry,” Nichols says.

She says that the group is specifically creating material around launching a career in HTM and gearing up for their mentor program to pair new biomeds with senior biomeds. They are also implementing the aforementioned outreach event to bring interest in the HTM profession to more young people.

“The outreach event will include a panel discussion on how to start a career in HTM, best practices to get a job, how to succeed, and how to make a difference in HTM. With our renewed focus on education, we are here to help the next generation join the ranks of HTM,” Nichols says.

While California is a big state, its statewide HTM organization has not been daunted and has forged ahead to bring benefits to biomeds from every corner of the state. Its long history, innovation and efforts to recruit the next generation of biomeds make CMIA an invaluable resource to the community.