Professional of the Month: Jessyka Helton, CBET: Ambition is Key

Posted By: K. Richard Douglason: August 30, 2019In: Magazine, Professional of the Month, Spotlight 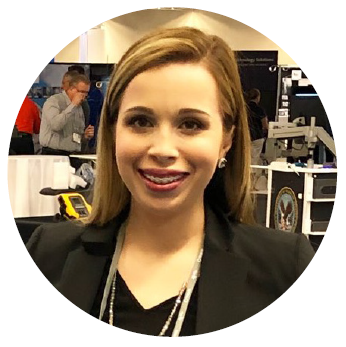 Military biomed training has produced a large number of highly skilled HTM professionals within the military and civilian ranks. They can be found in hospitals and on military bases across the country.

One of those military-trained biomeds is Jessyka Helton, CBET, Unit Director 1 of Clinical Engineering at the University of Cincinnati Medical Center (UCMC). Helton is employed by Crothall Healthcare (an entity of Compass One).

She knew from an early age that she wanted to join the military and work in the medical field.

“Right out of high school, I decided to join the U.S. Army. I knew I wanted to pursue a career in the medical field, but I had no idea there were jobs available in the HTM profession. After reviewing the available field, I decided to enlist as a 68A-Biomedical Equipment Technician. At this point, I had no previous electrical background,” Helton says.

“The U.S. Army sends all BMETs through a formal training program which takes about a year to complete. At the time of my training, the schoolhouse was located at Sheppard Air Force Base in Wichita Falls, Texas. It has since relocated to Ft. Sam Houston in San Antonio, Texas,” Helton adds.

She says that the course is full of hands-on training that streamlines the learning process. 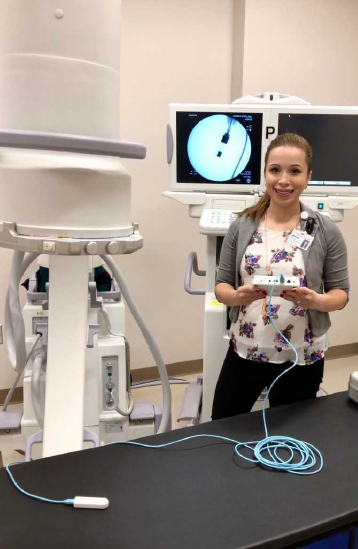 “The program is broken down into 12 blocks of instruction, and each block focuses on a different type of equipment. Each block is broken down into a lecture and a lab. The extensive hands-on and thorough instruction had a strong focus on the knowledge needed to perform the daily task of a BMET. I completed my training and received my certificate in October 2010,” she says.

Helton says that after the Army, her first civilian job was working in Seattle, Washington with Aramark Healthcare Technologies in 2012.

“Within a year of working there, I was promoted from BMET I to BMET II. In 2014, I relocated to the University of Cincinnati Medical Center in Cincinnati, Ohio, where I am still currently employed. In the five years I have been here, I have gone from BMET II to Imaging Service Engineer I and II. Recently, I was promoted to Unit Director of Clinical Engineering for my facility. I have worked for both Aramark Healthcare Technologies and Compass One Healthcare at the University of Cincinnati Medical Center,” Helton says.

She has been CBET certified since 2013. She has some areas of specialty within HTM and imaging.

Women still represent a minority in the HTM field and asked about challenges, Helton acknowledges this reality.

“In this industry, I have encountered difficulty in being a female minority. I have felt the need to prove myself, as there has commonly been a misconception that I wouldn’t be able to perform at the same level as my male counterparts. In doing so, I have excelled at an extreme rate. I have been noticed by all facilities I have worked in for my customer service and technical skills. I prove daily that gender plays no role in how far you can go in the HTM industry,” she says.

Special projects also test the skills of HTM professionals and Helton has been involved in several.

“I have been part of several special projects recently. I’ve been involved in the installation of several servers and PACs archives including GE ViewPoint, AS software, ECHOPACS, McKesson, Merge and Medstreaming. I have facilitated projects to upgrade and integrate new imaging systems such as the GE Revolution CTs and GE Logiq E10 and Vivid E95 ultrasounds. I have worked to train staff, to perform functional checks of new devices, and help with transitions of new software and systems at my facility,” Helton says. 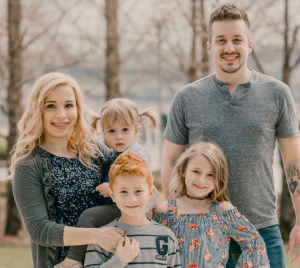 Away from the workplace, Helton keeps busy with family.

“I have three children, so my free time is mostly used soaking up as much quality time with them as I can. We like planning long weekend adventures and spending time with our extended family. My hobbies include volunteering with my local church, playing piano, and any/everything outdoors,” she says.

She adds that she has a “very large extended family.”

Helton enjoys her work and still marvels at the advances and opportunities in the HTM profession.

“I’ve been in the industry for almost a decade now and I’ve loved the journey so far. Working in health care technology has successfully coupled my technical abilities and passion for service to others. I came from humble beginnings and I have used my ambition to fuel my personal development, which has been the biggest contributor to my success. I never lose the wonder of this evolving job; our industry is rapidly advancing and the sky truly is the limit,” Helton says.

Her early Army training set the trajectory for a rewarding HTM career.

Favorite movie
All of the Harry Potter movies!

Favorite part of being a biomed
“I have a tie for the two favorite things of being a biomed; first is the feeling you get when you pull all of your resources and knowledge together to resolve a highly complex issue. Second, would be seeing the equipment in use and knowing I play a huge role in excellent patient care.”

What’s on my bench