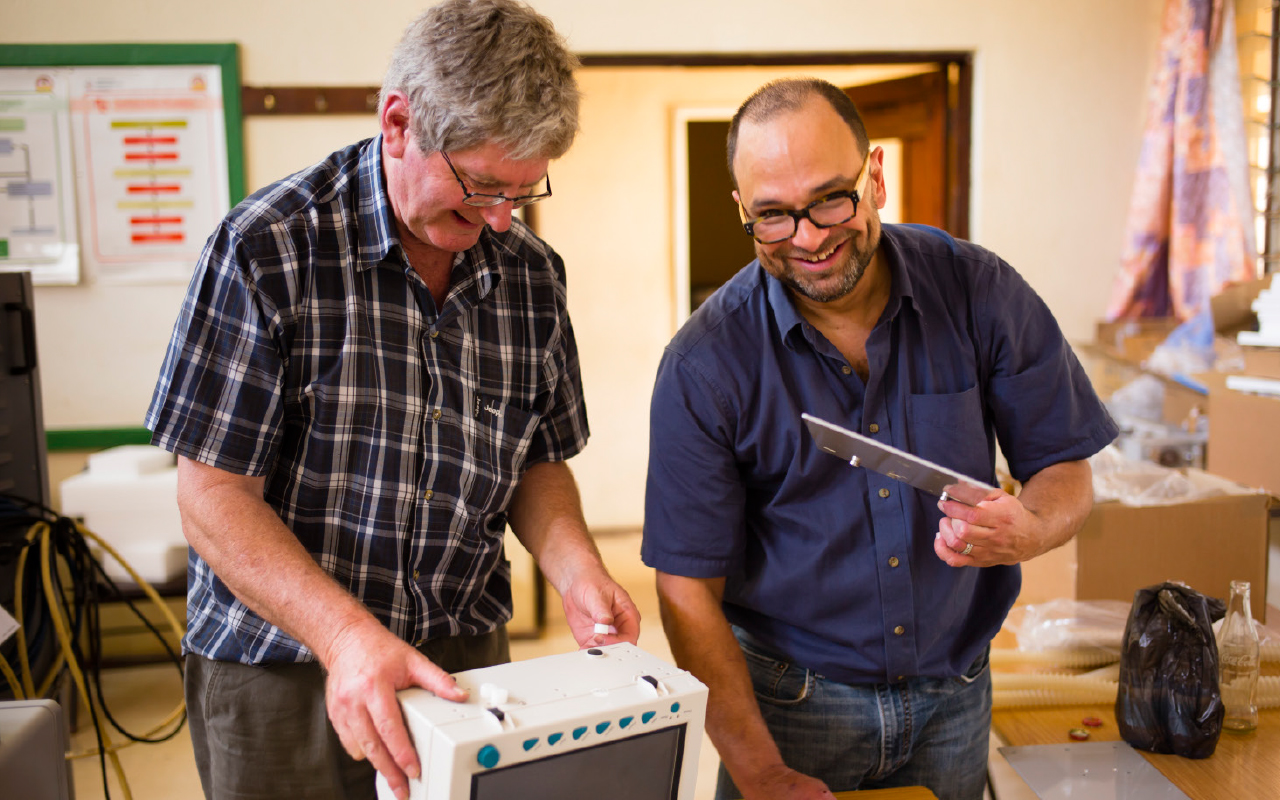 In past issues of TechNation, we have highlighted the efforts of HTM professionals who volunteer, or work in positions, where they bring their knowledge and skills to developing countries for charitable organizations. The need is great and the benefits, to the local populations, are enormous.

The quality of health care in many developing countries is often nowhere near the levels that we take for granted in the U.S.

Ismael Cordero, biomedical service manager with Gradian Health Systems is a prime example of a biomed giving back. Cordero started his biomed career in the more traditional sense nearly 30 years ago, but has spent the last 20 years in very non-traditional roles. 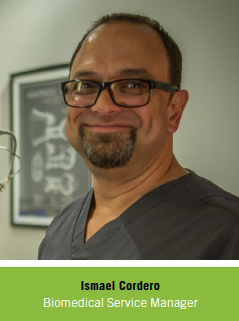 His non-traditional work has seen him pay it forward working for charitable and not-for-profit organizations. In addition to his current work with Gradian Health Systems, he spent 17 years at ORBIS International, where he managed the medical technology for the Orbis Flying Eye Hospital.

“Initially, I worked in hospitals and for medical equipment rental companies inspecting and repairing medical equipment, specializing in respiratory equipment,” Cordero says. “And while I enjoyed my daily work and felt a sense of contributing to society by maintaining life-support equipment I was also growing increasingly antsy to do something more exotic and had an itch to travel around the world.”

One day, while reading a technical magazine, he spotted what looked to be a strange, but intriguing ad for a biomedical engineer position onboard an airplane. He took a train to New York for an interview and ended up getting the job. For the next few years, he worked as a biomedical engineer, maintaining and managing equipment onboard Orbis’s Flying Eye Hospital.

The Orbis Flying Eye Hospital is a unique organization that includes a fully equipped mobile teaching hospital aboard an MD-10 aircraft. In 2015, Orbis “enhanced the skills of more than 30,326 eye care professionals, and conducted over 2.13 million screenings/examinations on adults and children around the world,” according to the organization’s website.

When Cordero first took to the skies in the Orbis Flying Eye Hospital, it was aboard a DC-8.

“This fully functional ophthalmic hospital was housed inside of a Boeing DC-8 aircraft, which would fly to about 10 different countries per year and set up as a training hospital in the host-city airports,” Cordero says. “Ophthalmologists, anesthetists, nurses and biomedical technicians would be trained on all aspects of eye care.”

In addition to maintaining the equipment on the Flying Eye Hospital, Cordero would go to local hospitals and repair broken equipment while teaching local biomeds.

“After my work onboard the plane, I took on a more office-like position for Orbis at its New York headquarters and managed biomedical engineering for the entire organization, but I still travelled frequently,” Cordero says.

During his 17 years with Orbis, he says that he “repeatedly saw the poor state of many health care facilities in more than 50 countries. I also saw how biomeds in many places were not sufficiently trained or given the recognition and support that they deserve. This, combined with many inappropriate donations and purchases, results in many inoperable medical devices which undermine the quality of patient care.”

Cordero knows a lot about helping those who need professional medical intervention in areas of the world where they might go without otherwise. He continued his interest in using his HTM skills in a non-traditional manner, by also working with Gradian. 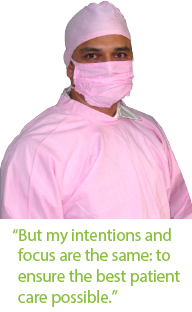 “I’ve been with Gradian for almost three years as the biomedical services manager. My job is to train and provide technical support to our customers, as well as to our network of in-country biomeds, that either work for distributors that we partner with or as independent contractors. I also produce technical materials such as manuals, technical bulletins, maintenance instructions and videos which we make easily available for download,” he says.

According to Gradian’s website, the company “equips hospitals to deliver anesthesia safely and economically. Our mission is to improve access to safe surgery and perioperative care by providing technology, service and training to strengthen anesthesia capabilities. We design and build equipment used worldwide in hospitals ranging from world-renowned academic centers to resource-constrained district facilities.”

“One big difference between all of my previous jobs and Gradian is that now I represent the manufacturing side of things, whereas before I was representing the health care provider side,” Cordero explains.

“But my intentions and focus are the same: to ensure the best patient care possible,” he says.

“I am also involved in the research and development of new products meant for low-income settings, where infrastructure problems, such as lack of trained medical equipment maintenance personnel, poor electrical supply and an absence of compressed medical gases are daily issues,” he adds.

Cordero says that this part of his work is new to him, but equally exciting as training and supporting biomeds. He offers that most people, himself included, several years back, thought of manufacturers as only being interested in making a profit, not only by selling their equipment but also by selling the service required to maintain the equipment they make and sell.

“Gradian is different, in that it is non-profit, and at its core is a desire to train and elevate the role and importance of biomeds worldwide,” Cordero says.

With his experience working with biomeds worldwide, Cordero points out that in developing countries, biomeds have the additional challenge of “spare parts, tools, manuals, budgets for maintenance, basic formation and continuing [that are] non-existent.”

If the lack of these necessary resources didn’t make those biomeds jobs difficult enough, Cordero offers this insight. 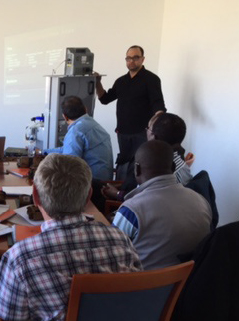 “Biomeds in low-income countries are generally not seen as an integral part of the health care team. They are mostly seen as a luxury. And on top of that they are expected to perform miracles without the requisite tools, resources and support,” he says.

“Most biomeds have two or more jobs. Generally, most of the day they work at a public hospital and then in the evenings they provide their services to private hospitals and clinics. The salary from one employer is usually not enough to live on, which is very different than the U.S., where biomeds make a pretty good living with just one job.”

Cordero’s personal objective, after 30 years of working in the field, is to “encourage, support and promote biomeds.”

He also has some advice for those biomeds who might want to lend their expertise and help those in developing countries or poorer health care environments.

“There are many companies and NGOs in the U.S. that deploy volunteer and paid biomeds to install and repair equipment and train other biomeds. These trips can range from several days to several months,” he says.

“Even those who can’t travel abroad to train or service equipment can contribute by providing tools or test equipment that they no longer have a need for, or they can participate as long distance mentors to biomeds in other countries,” he adds.

He says that for those looking to contribute their skills or knowledge to the global cause, they should contact the following societies and organizations, among many others:

reLink Medical Reaches Out to Hospitals