“I have an article for TechNation due and I’d like input on what I should write about; I’m thinking about etiquette and pet peeves exhibited by candidates,” is what I said to my teammates in our weekly meeting. 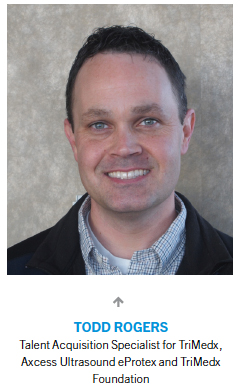 To professional recruiters, this is a humorous challenge that always brings to light strange oddities and anecdotes of our workforce. To be sure, if you asked people to describe some of the most ridiculous things that a recruiter has ever said or done, you’d get an equally interesting list of stories and gripes. The reality of the interview process is that candidates are basically shoved out on stage and told to perform with little to no coaching. Interviewing for a job is inherently awkward and stressful. And, it demands that you do something that is genuinely discouraged in our society: sell yourself in a competitive situation where you’re not going to be given very much feedback as to how you did. The cards are almost always stacked against you.

As a result, recruiters gain exposure to some really odd behaviors that only come out when someone is really stressed out.

When I was in the Marines, my company first sergeant once told me, “If you’re not five minutes early then you’ve arrived late.” I’ve found this to suit me quite well over the years. Don’t be the guy who’s more than 10 minutes early. You can wait in your car or anywhere else. But once you tell the receptionist who you are, he or she calls the interviewer to announce your arrival. Don’t wait in the lobby. Last week we had a guy arrive 45 minutes early. That’s not good.

Some people don’t realize or are simply too lazy to learn about the company prior to arriving for an interview. If you show up for an interview and can’t make a reasonable showing that you know at least how a company generates money, you should postpone the interview until you do know. When asked, make an attempt to show that you care.

The Too Comfy Candidate

One colleague interviewed a candidate who put her feet on the table during the interview. That kind of thing doesn’t happen very often and if I was in the room, I’d be fighting the temptation to knock those feet back to the floor. But, formalize yourself for an interview. Even if you believe the job is a little beneath your skill level, you should act slightly humbled at all times.

If you’re being interviewed by phone, don’t put the interviewer on hold to take another call. It’s also a good idea to seclude yourself from interruptions and background noise. If you are expecting an urgent and important call, you should inform the interviewer that if that call should come, you’re going to have to take the call. The better play is to reschedule the interview and to do so apologetically.

If you’re diligent, you’re probably interviewing for more than one job. If you get an offer that you accept, contact the other employers and let them know that you’re no longer available. You never know what the future may hold and if you don’t bow-out with grace, the future will certainly not be kind to you and your future interviews.

Now and then I interview someone who shows up empty-handed: no notebook, no pen, no resume, no anything. Bring all of the things I just mentioned. Bring several resumes, two pens, a decent looking notepad, and if you really want to go the extra mile, bring copies of performance reviews, letters of recommendation, and a list of references which include names, titles, contact information, and how you know the people on the list. Just be sure to bring stuff with you.

This list is not exhaustive. I invite readers to email comments to Editor@MDPublishing.com and share other list-worthy items that you believe should be included. The ones I mentioned are just a few tips of who not to be and how to go about being who you should be during an interview.