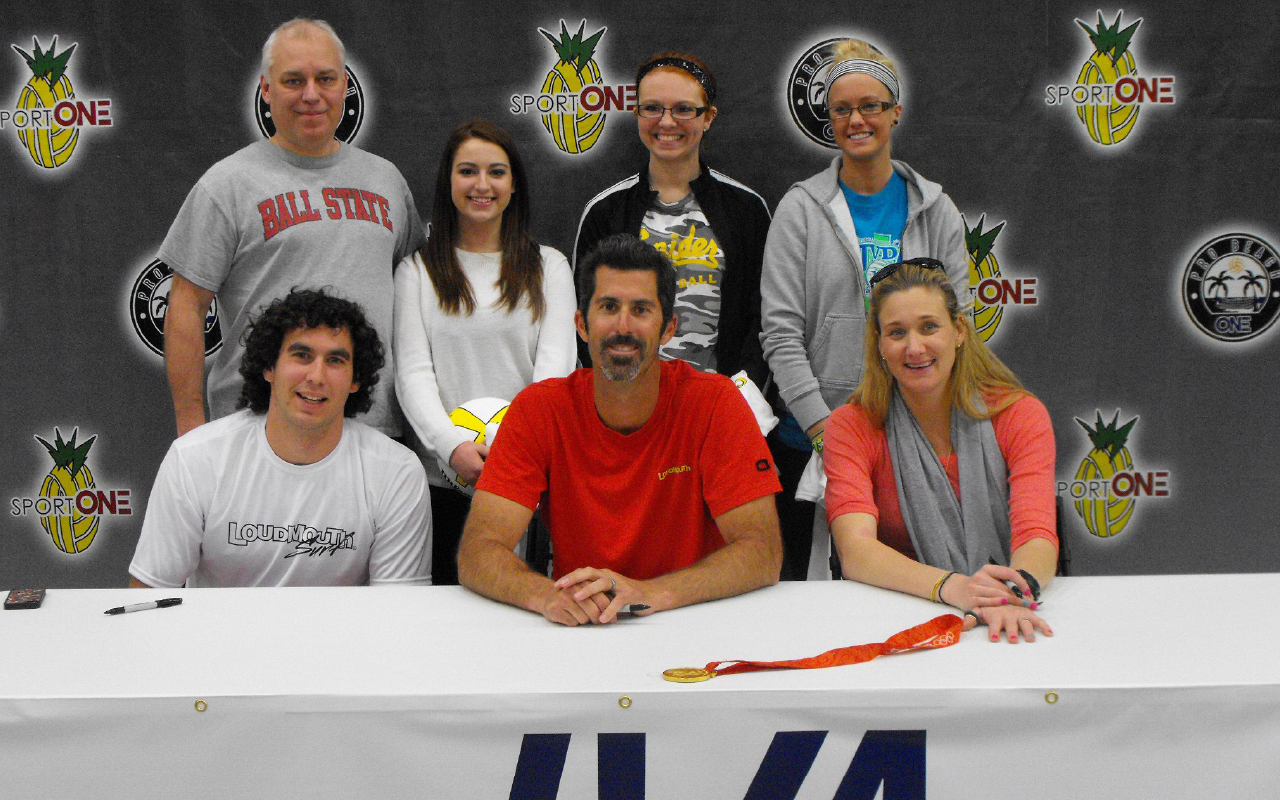 Volleyball, as with most sports, represents an accumulation of skills that make a person more adept at beating an opponent. It teaches agility, strategy and teamwork. In the process, many life lessons can be learned as well. Girls’ high school volleyball is one of the most popular venues for the sport.

“I started coaching when my daughter, Amanda, made the sixth-grade volleyball team at Kekionga Middle School in 2006 and I told the head coach I would be glad to help if she needed any. She said any help would be great since she had never really played before,” Boyles recalls.

“So it was a learning experience for us both since I had only played in recreational leagues. The following year, Amanda played travel volleyball and had a great coach, Fabiana Souza, who was at the time a graduate assistant at IPFW women’s volleyball team. I went to every practice to learn from Coach Souza. I continued researching volleyball and coaching it while Amanda continued to play through the eighth grade,” he adds. “Then, thinking my coaching career was done, my stepdaughter Jessica made the volleyball team at Lane Middle school for seventh grade and the head coach approached me to help since she knew I had coached at the rival school with my Amanda. Yes, my daughter had to play against my step-daughter since they went to different schools in the same town. While at Lane, I was mentored by Snider High School coaches,” Boyles says.

He says that he coached Jessica through her seventh-grade year and was approached by a travel club director to coach a travel team. Boyles says that it was at this point that he really developed a love for the game.

“I continued to coach travel volleyball and also became a certified USAV official. I then started coaching a travel team so I was coaching year round. While Jessica was finishing her eighth-grade year in volleyball the head coach stepped down and I was asked to fill the position. So, with the support of my loving wife, Roxanne, I stayed at Lane to be the head volleyball coach when I had no more of my own children there,” Boyles adds.

Boyles say that it was one day, while driving in the car with Roxanne, that somehow the topic came up about being a high school coach.

“Roxanne said if I wanted to do it, to go for it, since there where two positions open at local high schools. I applied for both positions and got the job at North Side High School in May 2017 with the season to begin in August 2017. The first thing I did was hire my daughter Amanda as my JV coach. I knew I was taking over a school that had been struggling over the last several years, only winning one to two games a year,” Boyles says

He admits to being a little nervous his first game and even though he had been turning in lineups the past 12 years, he says that he messed up the first one he turned in as a high school coach and put the players in the wrong position.

“While we only won four matches last year, we gave a lot of teams a run for their money and look to be even better this year. The girls have really responded and have improved so much in the short time Amanda and I have been with them,” Boyles says.

Boyles is of the mindset that a coach’s job is not just about rallying players to do their best on the court, but also in life.

“While I coach volleyball, I also try to make the girls be better people. I teach them your integrity is worth more than any game. I never let them yell at an official or the other team no matter what. We play our game and do not worry about what we cannot control,” he says. “The team is more important that any individual accomplishment.”

“I also served six years in the Navy so I make sure they honor our country when the anthem is being played. While at Lane they always did a Veterans Day special and I would attend and be escorted by someone from the volleyball team,” Boyles says.

He says that he plays sand volleyball on Sundays during the summer and that either girls he has coached, or is currently coaching, always play on his team.

“I put my heart into each team and care for the girls more than just players. I have been used as a reference for job applications by many over the years. I get invited to several graduation parties every year from the girls I had in sixth, seventh and eighth grade. I would not be able to do any of this without the support of my wife, Roxanne,” Boyles adds.

Boyles has been in biomed since January 1999. His role at work has changed somewhat to adapt to the times.

“I have recently passed my Comptia Network exam, I already had my A+, so they decided I was the best person for the job,” he says.

“So now, my main job is to maintain any computer-based system in the Parkview Health System, which includes seven hospitals and one ER/MOB center, to ensure they have current software, patches and make sure all the information is updated in our records. Also, I have to maintain current network diagrams of all systems and help with the gray area between IS and biomed when it comes to interfacing. I also collect MSD2 forms from companies,” Boyles adds.

He says that since his position is new, he is still learning his roles.

“The IS personnel have been very supportive and have taught me how to operate their software and tools they use to monitor different network servers,” he says.

Many high school volleyball players have had their lives enriched because of their experience with this HTM professional.