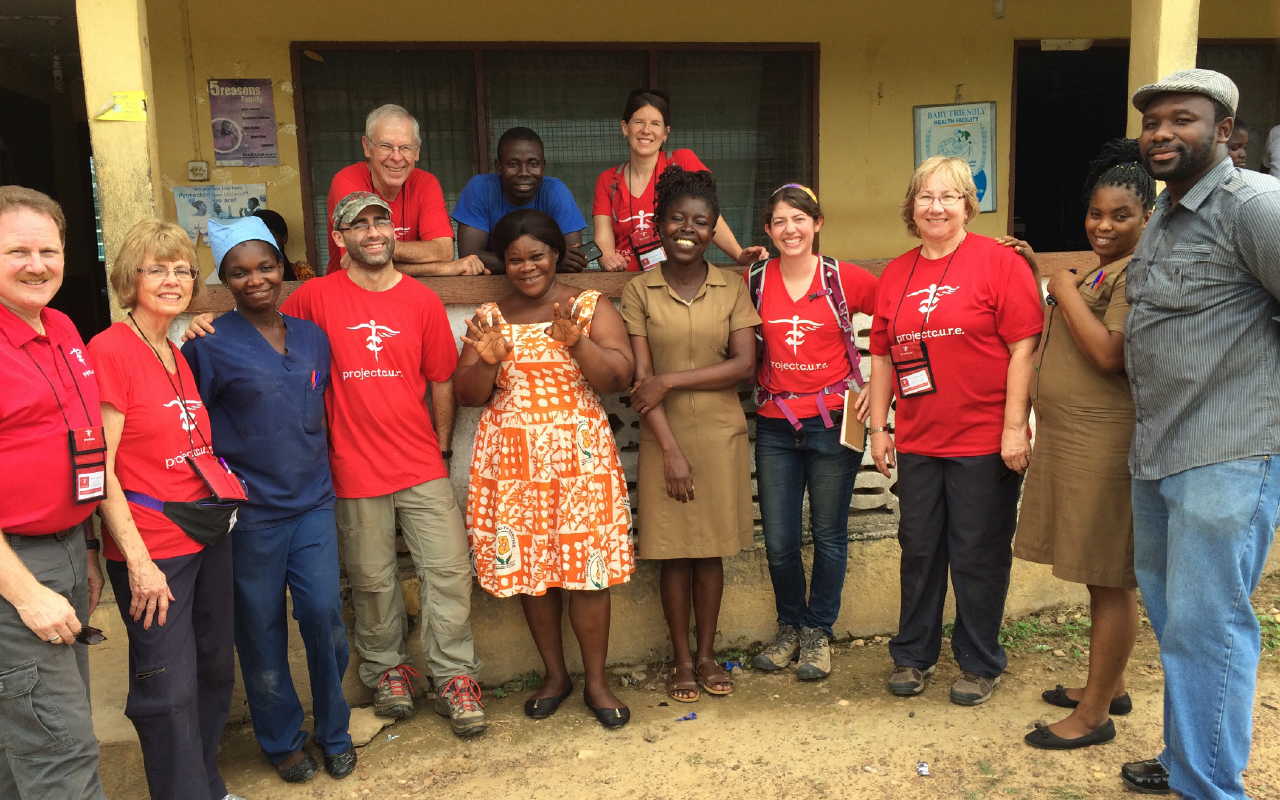 Each Christmas season, including the most recent one, we are reminded that giving is often more enjoyable than receiving. Seeing the joy on the face of those benefiting from our generosity is reward enough. That doesn’t mean just giving financially, but giving of our time and talents. The self-satisfaction and rewards of donating one’s time and experience could fill a room. Just ask any HTM professional who has done it.

There are several not-for-profit organizations that facilitate bringing the skills of HTM professionals to people and health care systems in developing countries. This is a life-saving and life-changing experience for the biomed, as well as for the patients in those underserved areas. Often, these health systems rely on donated medical equipment, often requiring service or repairs, in order to serve the needs of the local communities. It is a fulfilling experience for the biomeds who have answered the call.

Steve Vanderzee, director of Clinical Engineering for Advocate Healthcare in Oak Brook, Illinois, can attest to that last point.

Vanderzee is no stranger to volunteering and sharing his talents as an HTM professional. He has done so domestically and recently had the opportunity to visit Ghana, Africa with a group of Project C.U.R.E. volunteers. It proved to be a much different experience.

Project C.U.R.E. describes itself as “the largest provider of donated medical supplies and equipment to developing countries around the world.” The organization, founded in 1987, depends on donations and fundraising to provide medical supplies to the developing world. Two or three cargo containers of these supplies leave the organization’s warehouses every week, according to the organization’s website. Vanderzee’s employer, Advocate Healthcare, has partnered with Project C.U.R.E.

The trip to Ghana required a 10-hour plane ride, then staying overnight in the capital city of Accra. Vanderzee then took a regional flight further inland to the city of Kumasi followed by a two-hour drive over mainly dirt roads to a base camp at the Chirano Gold Mine.

“The overnight stay at Accra was very nice. We stayed at what is probably considered a 4-star hotel by U.S. standards. Ghana has experienced several military coup in the past few years. It is currently a very stable environment, but there is evidence that the country has endured many difficult times,” Vanderzee says.

“Our hotel compound, along with many others, was surrounded by a brick wall with serpentine wire. Our group went on an excursion the first day in Accra and we always felt very safe,” he adds. “The flight to Kumasi the next day was very short; 45 minutes.”

Vanderzee says that from Kumasi, the mining company picked them up in a large van. The 2-hour drive to the mining compound was mostly on dirt roads through many villages. He says that the roads are more suitable for Jeeps than the van they were riding in.

“I was not prepared for the overall conditions of the clinics,” Vanderzee say. “With the exception of one of the clinics near the mine, and the regional hospital, the clinics were very dusty and had no air conditioning.”

The group traveled as two separate teams. Each day started at 5 a.m. and the teams typically were not back to the mining compound until after 6 p.m.

“It was very long days but they went by quickly,” Vanderzee says. “The clinics were on average no more than 5-6 kilometers from the mine, but the average time to travel to the clinics was 30-45 minutes.”

“The local staff were very appreciative of our services and some assisted with repairs, while others helped with sorting and moving supplies,” he adds.

Vanderzee says that at some of the clinics, the local community joined in.

“At one clinic, we had over 25 kids all watching what we were doing and engaging our team as we left the site,” he says. 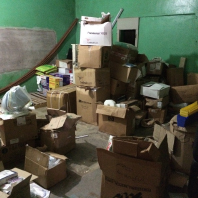 A look inside the hospital’s storage area.

“While in Ghana, we were able to test and validate a lot of basic medical devices (most not in use because we hadn’t sent transformers that could be used with their 220 power source). We converted more than 30 transforms while we were there,” Vanderzee says.

“However, the issue of sustaining the operation of these devices is going to be a real challenge where there is basically no technical resources,” he adds.

Vanderzee also noticed that there was a gap between the clinical staff competency and the device technology that was being sent.

“An example was a fetal monitor. I ‘in serviced’ clinical staff on the application of this device, but it was clear they did not understand the correlation between the contractions and the fetal heart rate. Their basic hand held, battery operated fetal heart monitor was their go-to device,” he says.

“The most frustrating part of my trip was not being able to install a dental system that was sent to a hospital in the Bibiani district,” Vanderzee says.

He says it was clearly a system that was needed and there was staff and space designated for the service.

“The air compressor, intended to be installed in a separate room was incomplete, most likely when the equipment was taken from the containers the parts were separated,” he says.

He says that they did not send any piping or regulators needed to connect the air compressor and the main dental system.

“In addition to compressed air, the dental unit required a pressurized water source. This was clearly an opportunity to better anticipate what the site could support and possibly modify the system to accommodate the limitation the site has,” Vanderzee says.

The frustration still gets to him.

“(It is) a very difficult situation for someone who is used to fixing this type of equipment to have to leave without providing a complete and operational system,” Vanderzee says

During Vanderzee’s 37 years in clinical engineering, he has supported several not-for-profit organizations by redirecting medical devices no longer needed by his organization.

“I currently have a program where we donate our time at a local Project C.U.R.E. facility in Chicago,” Vanderzee says. “We test and repair medical devices. Based on my recent experiences, we need to help organization like Project C.U.R.E. differently. We need to look for ways to modify devices so that they can be used within the country’s limitations. We must do better on-site assessments, both on the infrastructure, and clinical competency. We need to develop more technical development programs so they can support the devices; ‘teach them how to fish.’”

As clinical engineering director at Advocate, Vanderzee and his team have responsibility for 12 acute care sites, one critical access site and over 400 clinics. They oversee an inventory of over 82,000 devices.

“We have a very comprehensive program that includes a dedicated call enter, business office, technology team, along with site and regional support staff,” Vanderzee says.

Vanderzee says he could write a book about his experiences in Ghana. The book would be for an American audience. For many Ghanaians, who depend on those clinics, they’re benefiting by the story firsthand.