Career Center: Common reasons you might not hear back from a recruiter 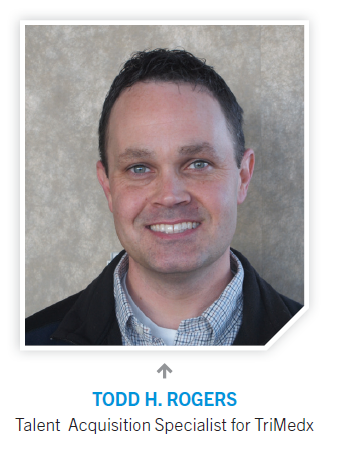 If you’ve ever gone through an interview process that involved a recruiter, you might believe recruiters don’t seem to do a very good job when it comes to follow-up phone calls. You’ve probably been left in limbo at least once and the feeling of being disregarded is awful.

I visit social media sites on a daily basis. Over at LinkedIn you don’t have to search very far to find a rant or article written about some lazy recruiter who said he would follow up but never did. And, beneath that piece in the comments section is the ever-present battle between frustrated job-seekers and recruiters trying to explain how this game works. Let me, herein, provide a few of the common reasons that you might not hear back from a recruiter and some possible implications for the radio silence.

First, let me go on the record and say that I fully realize how frustrating – if not downright aggravating – it can be to spend 15 to 30 minutes on the phone with a recruiter who asks all sorts of personal questions and then makes follow-up promises, only to have those promises evaporate.

I also want to make it known to the reader that you likely have the feeling that if recruiters would just do a little better of a job following up, people might be more receptive to us when we call. I know that a lot of people that I deal with think people in my career field border on being scum-of-the-earth. What I want the reader to try and appreciate is that the work that we do as recruiters straddles the demarcation line between a person’s profession and their means to put food on the table. At once we deal with things that are exclusively work-related and also things that are incredibly private and personal. You go to work and trade your time for money, which you then use to take care of things that are personally important to you. When you want to make a change in the place where you trade your time for money, the exchange frequently involves a broker and that broker is the recruiter. Try and hold that thought as you read this. I try to never make it personal. I assure you that I’ve been shafted by plenty of candidates. Some of the less than scrupulous ones have gone onto forums and blogs and said nasty things about me, by name. As disappointing as that is, I just keep quiet and take the high road. But, when the process seems to be going well and the suddenly you get recruiter radio silence, here’s a list of what may be going on:

• Volume of people, volume of open jobs. This is the most likely reason that you’re not hearing back. I’ve got a lot of open jobs I’m working on and that means I’m speaking with a lot of people. I speak with candidates, hiring managers, decision-influencers, my boss, my boss’s boss, her boss’s boss, VPs, their administrative assistants, travel agents, vendors, and the list goes on. I also spend lots of time reading through resumes and cover letters, processing newly hired people, and I generally have about two or three projects that have nothing to do with filling the jobs that I presently have open. “But it’s just one phone call to give me an update,” you say. Yes, it is. It’s also one more phone call that gets added onto the list of the dozens that I make each day. There has to come a point where a recruiter turns it off and goes home.

• You’re the likely runner-up. I call 100 percent of runner-up candidates to give them the bad news. But, while one process is coming to a close, two or three other processes are beginning and between other calls, I’ll admit it, I call the active candidates first. It’s just business.

• You’re an excessively needy candidate. This one might sting for some people. But, the fact of the matter is, some candidates are just very needy and can’t stand to let the sun go down and not have contact with the recruiter. If you’re on the needy side and you succumb to the temptation to call the recruiter five or six times before lunch, please know that we live in the era of caller I.D. Your recruiter is sitting at his or her desk each and every day and your calls and emails are most certainly being received. And bear in mind that for each step in the interview process, there are multiple related processes that are outside of the recruiter’s control. So, we must wait. Now, here’s something important to consider: if you’re needy during the interview process, it’s a safe bet that you’re likely to be a needy employee. I’ve never had a hiring manager tell me, “What we are really looking for is someone who’s needy, someone who seeks a lot of validation or confirmation.” So, the take-away from this is, if you’re demonstrating excessive neediness, it’s probably affecting your perception of the recruiter’s follow-up tempo. It’s probably also affecting your success at landing the next awesome job.

• You simply don’t deserve a call. We receive dozens to several hundred applications each day. Many of those people applying have very little to no chance of moving through our process. With the speed of the Internet, you can apply to dozens of companies before getting out of bed. That makes for saturation. On the recruiter’s end, that means we must screen out dozens of resumes each day. Please accept my apology in advance. The quantity of inbound applications makes it impossible to contact everyone. At times, I get an irate voicemail from someone who applied and is of the belief that because he or she applied, a phone call is expected. That’s wrong.

• Your resume is so poorly written that I simply decide it’s not worth my time. This one saddens me. All you need to do is search the Internet for resume writing, make a draft copy, and circulate it among people you trust. Microsoft Word also has all sorts of spell-check and grammar-check tools that mean that you really don’t need to do much work. It’s about making a good impression and a poorly written resume signals that you don’t care enough and that is plenty of reason to move on to the next resume.

• You’ve upset enough people or established a pattern of poor performance or bad behavior. Bad decisions are part of life and everyone makes them. Along the way, it’s a near certainty that you’re going to make an enemy or two. At some point, the stars will align and karma will show up. A nugget of dirt might point directly at your character and if it finds its way to the recruiter, you probably won’t get called back. As an anecdote, I get a monthly voicemail from a guy that has twice walked off the job; he just stopped showing up. I don’t call him back and I really believe that he has no idea why. It would be nice if someone sat him down and explained the fundamentals about showing up for your job, even if you don’t like your job. I can say for sure that I will not be that guy. Because in order to do so, I would actually have to call him back.