Department of the Month: The Edward-Elmhurst Health Clinical Engineering Department 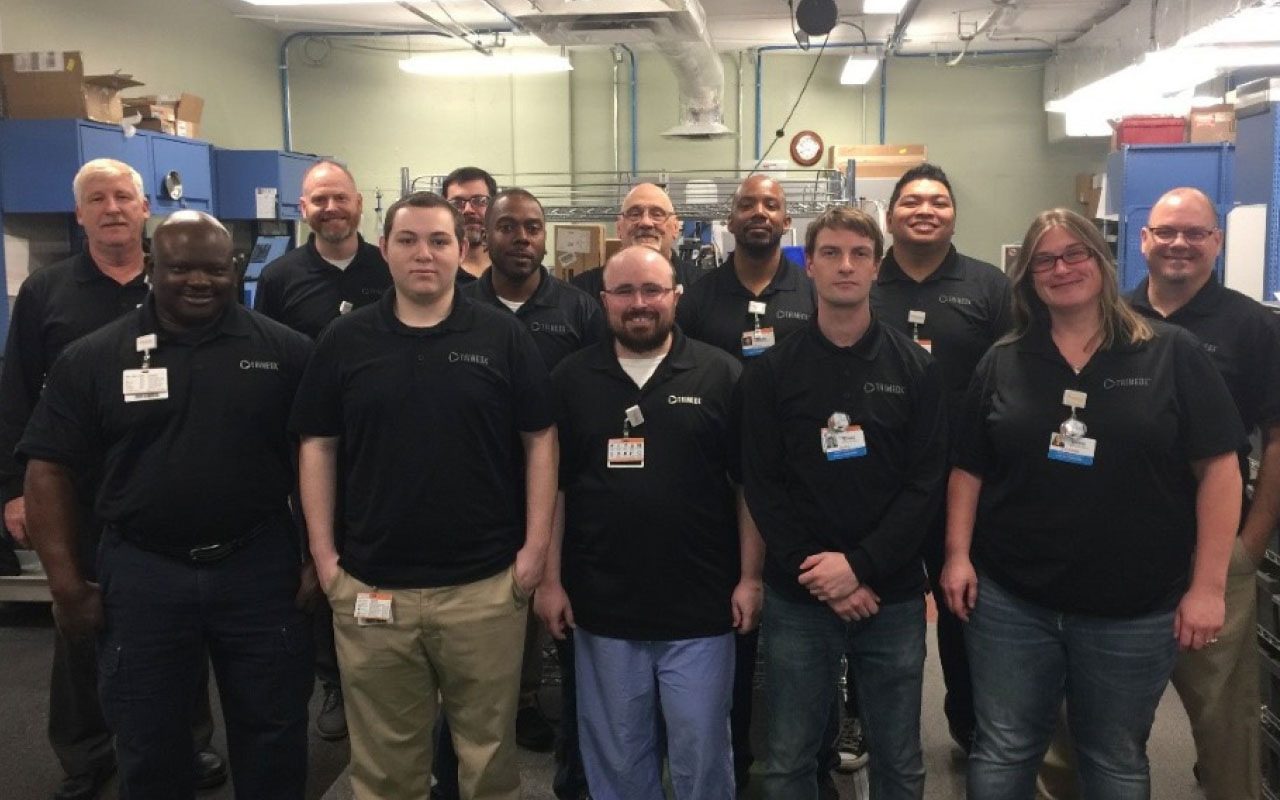 Naperville and Elmhurst are suburban cities that sit west of Chicago, Illinois. The populations of the two cities and the surrounding areas can have their health care needs addressed by the Edward-Elmhurst Health hospitals and clinics.

The combined health system is served by the Edward-Elmhurst Health Clinical Engineering Department, which is an onsite TRIMEDX program. The clinical engineering team supports the three main facilities along with 100 off-site clinics.

The department handles service contracts on a case-by-case basis.

“TRIMEDX uses a version of ServiceNow called RSQ. It allows us to collect multiple points of data, as well as a detailed service history. It allows us to collect in detail, every aspect of each piece of equipment. For example, make, model, serial number, vendor site ID, network connectivity, IP address, MAC address and any pertinent information we could imagine,” McDonald says.

In a nod to the direction of biomed, the clinical engineering team has a full-time CE cyber specialist.

“He not only assists with IT/network issues, but will also assist with any cybersecurity issues. He is heavily involved with all incoming equipment and providing security assessments to the hospital, as well as any necessary network configurations that are required. He is a new addition to our team over the last couple of months but has already proved to be invaluable with solving network related issues as well as confirming any Windows patching is up to date on all medical devices,” McDonald says. 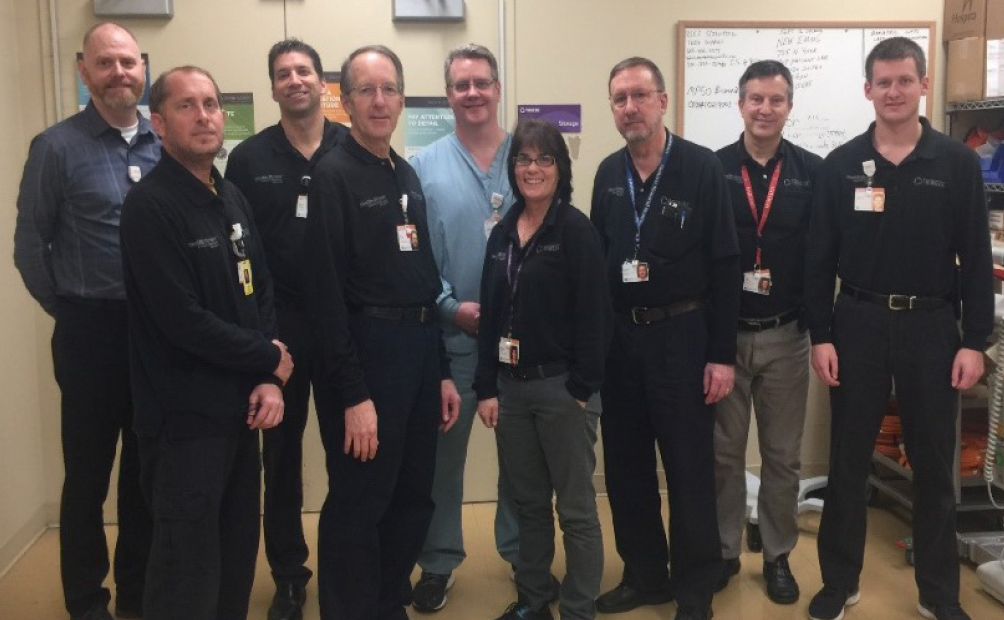 The TRIMEDX clinical engineering team is very involved in every aspect of medical equipment management and capital planning considerations.

“We are heavily involved with all incoming projects. We assist with equipment purchasing and give recommendations as to what we feel is the best option to pursue,” McDonald says.

“The most recent projects include upgrading our telemetry. We were involved with not only determining proper AP coverage throughout the hospital, but also configuration for future expansions. We were also instrumental in the recent update to our OR/anesthesia department to allow for network connectivity for all devices into the hospital EMR. Not only did we assist with installing the devices, but the configuration and testing as well,” McDonald adds.

He says that the team is also deeply involved with capital planning and purchasing.

“Most recently, with the hospital’s aging infrastructure group, which has been put together to identify items that are aging and considered end of life or end of support. With this group, we have identified what the hospital will need to plan to replace in the next one to five years,” McDonald says.

The clinical engineering team has been instrumental in helping solve problems and lend insights based on their specialties.

“We have recently had a lot of equipment suddenly lose network connections. Our CE cyber specialist was able to identify that the hospital DNS server was dropping these devices. His assistance allowed us to show IT and their networking team what was happening so that this could be resolved,” McDonald says.

He says that up until this year, the team had not been involved with capital planning.

“Now that the hospital is asking us for some guidance, we have identified a few devices that will soon be end of support. The hospital now has a plan to replace these devices before we are not able to support them. This will prevent any future downtime and impact to patient care,” McDonald says.

The team has proven to be innovative as well.

“We have developed what we call a ‘pump station.’ This allows us to PM multiple IV pumps at one time. Not only does this save us time, but also gets the pumps back into clinical use much faster,” McDonald says.

“This pump station has been implemented across multiple TRIMEDX sites across the country this year. In the same spirit of the pump station and continuous improvement, we have also redesigned the shop at Edward Hospital to be more practical for the size and space provided. We have expanded the team in the last few years and have been limited to the same size space, we have been able to make the space more efficient and reduce the amount of time a technician needs to search for parts, tools or test equipment,” McDonald says.

The end of the workday does not mean that the technicians and imaging specialists on the team hang up their biomed thinking caps.

“We are heavily involved in the Clinical Engineering Association of Illinois (CEAI). We will often attend both chapter meetings and their annual conference. TRIMEDX also sponsors a booth each year during the annual conference,” McDonald says.

The CE team at Edward-Elmhurst Health offers cutting edge biomed and imaging support that allows the facilities to support the people in the western Chicago area.