Posted By: K. Richard Douglason: January 01, 2020In: Magazine, Professional of the Month, Spotlight 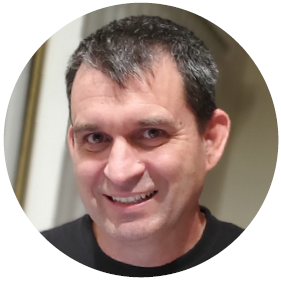 It may not seem like too much of a stretch to go from working on teeth to working in a different clinical area that requires medical knowledge. Working alongside a dentist is still working with a doctor and can still involve anesthesia, syringes and X-rays.

It may be a bigger jump to go from dental technician to biomed. Working on teeth and working on medical equipment do not share a common skill set, yet that is what one biomed in Texas did as part of his entry into the field.

Gillett always had an interest in the medical field. His dental work experience, along with military training, was his launching point into an HTM career.

“I joined the Navy and started my career as a dental technician. Not long after, a co-worker sparked my interest in the dental repair field. I applied and was selected for the dental repair school. Soon after, the Navy combined the dental repair and the biomed programs, and I was off to biomed school; Sheppard Air Force base in Wichita Falls, Texas,” Gillett remembers.

He says that after training, he was stationed at Pearl Harbor, Hawaii and received comprehensive biomed training.

“Fresh out of school, I was exposed to a wide variety of biomed experiences. We serviced everything from vital signs machines to X-ray networking. I returned to Wichita Falls to complete the bridge training portion of my biomed education, then transferred to Connecticut to finish out my (military) career,” Gillett says.

In addition to his military biomed training, Gillett has been through various vendor training sessions including classes on Philips telemetry, Ascom Nurse Call, Fresenius dialysis and Midmark sterilizers.

“I have been the new guy repairing a variety of basic medical equipment, shop Leading Petty Officer to my current position,” Gillett says.

Nurse call and Philips telemetry are Gillett’s areas of specialty. 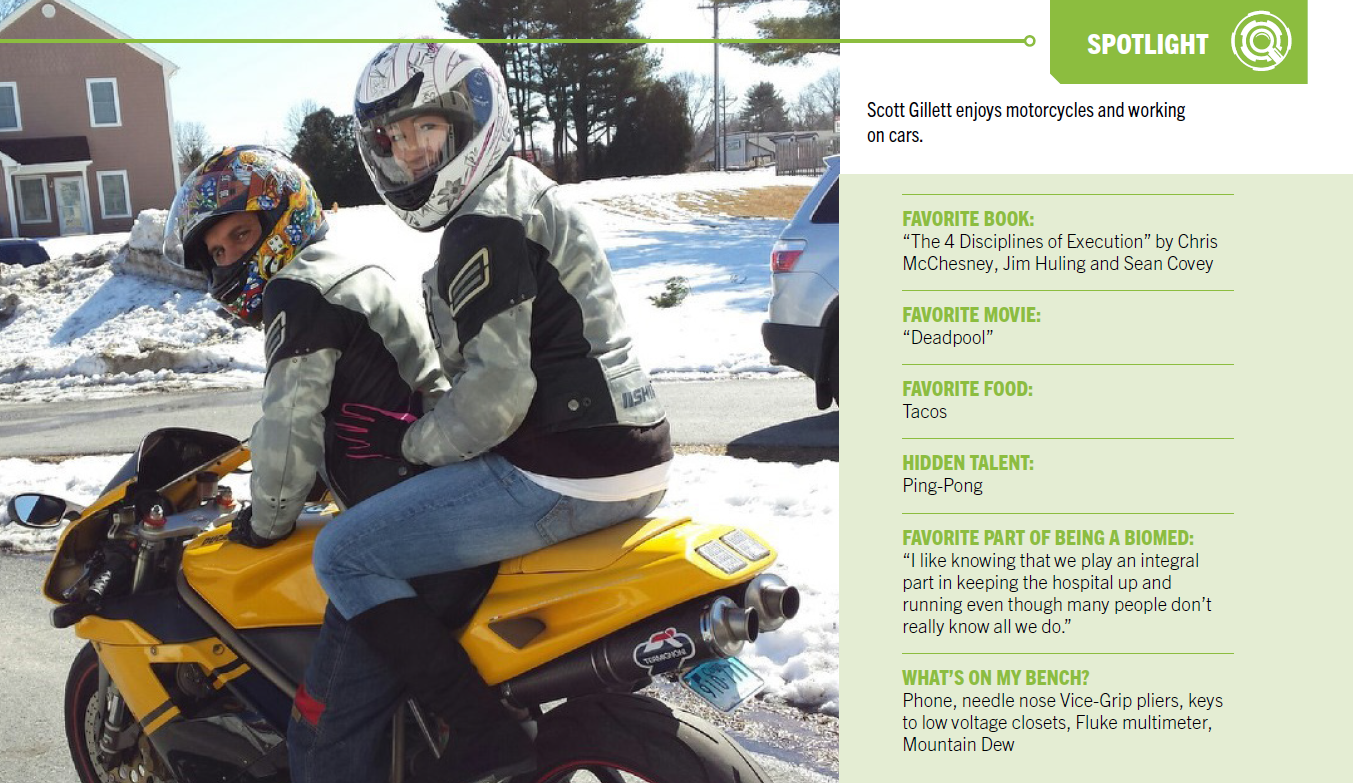 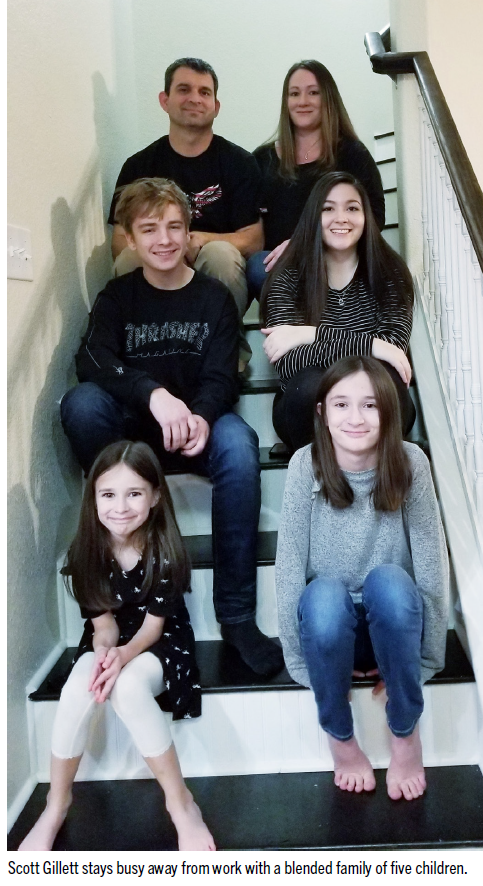 With biomed, there is never a dull moment, and a diagnostic challenge or a new facility can test even the most experienced HTM professional. Gillett recounts a couple of recent examples.

“We just opened a heart hospital at our current location. We were involved in every aspect of equipment planning – scheduling vendors for installs, testing and set up. One of the major challenges was being short-staffed. We took care of our main hospital as well as another heart facility over 30 miles away,” he says.

The project involved inventory and inspection of new equipment and then finding a place to store it until the building was completed enough to move it in.

“We tagged and inventoried over 300 pieces of equipment and had it staged ready for opening,” Gillett says.

“Since the new heart facility is attached to our current facility, they are separated by only a hallway. Many items were transferred from our location to the new one. Equipment records and control numbers had to be changed and or updated. Maintenance schedules and AEM identifiers placed into effect. Keeping track of equipment and other items as they travel back and forth between the two facilities will continue to pose a challenge for the biomed team,” Gillett says.

He says that they encountered a few challenges, but all services were up and running on opening day.

The importance of temperature monitoring, and the capabilities of modern technology, offered another test.

“Another challenge we overcame was the new temperature monitoring in the new facility. This was a new system, for us as well as the staff. After the physical installation of the temperature sensors, we received training from the vendor, then access to the monitoring system via Internet. We loaded all information into the database; locations of the sensors and what they were monitoring, set temp ranges for refrigerators and freezers, uploaded staff members’ phone number and emails for call escalations,” Gillett says.

Gillett says that they arranged and filtered escalations for alarm parameters; high range low range, which staff member received which escalation depending on their title and time of day the escalation started. He says that they then informed the staff on the use and what they actually had control over when units go onto alarm state.

When not setting up temperature monitoring systems, Gillett can be found engaging his love of working on cars and motorcycles in his offtime. He also likes photography including aerial photos.

He is married and has a blended family of five; four girls and one boy.

Gillett says that one trait of his is that he is always willing to help others and learn new equipment.

“Enjoy each day and make the best out of any situation,” he says.

The new heart hospital and other Baylor Scott & White facilities in McKinney, Texas are in good hands with this senior biomed on the job.