Department of the Month: The Spring Valley Hospital HTM Department

Posted By: TechNation Development Teamon: October 01, 2021In: Department of the Month, Magazine, Spotlight 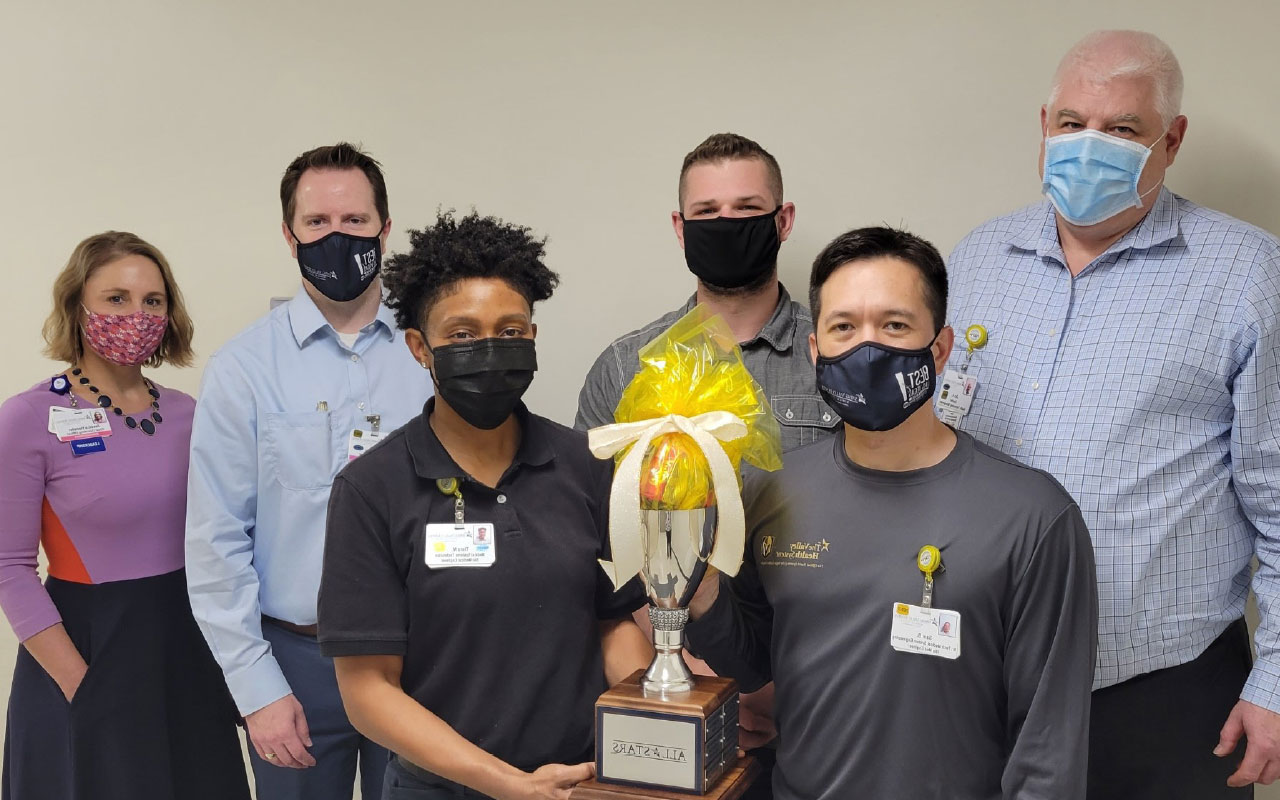 Some of the original fame came after gambling was legalized in Nevada in 1931. Decades later, the city moved more towards a family entertainment theme getting throngs of tourists throughout the year.

Since 2003, residents and tourists alike have been able to count on Spring Valley Hospital Medical Center in Las Vegas for their health care needs. The medical center is a part of the Valley Health System; a network of six acute care hospitals.

As a five-member department, the team has accomplished a number of projects beyond the scope of PMs, calibration, troubleshooting and maintenance.

“We have worked with clinical teams to improve their equipment and optimize their usage. We are working with our telemetry team to improve ergonomics, display quality and data flow; we have installed replacement displays, installed display mounting hardware and are working with the manufacturer to send reports directly to our EMR,” Anderson says.

The team recently completed the installation of a patient monitoring system at the smaller hospital. It was a complete replacement of the previous system.

Another project saw the team put together a standardized consumable matrix with pictures and order numbers for clinical departments to help them when they place orders through supply chain.

“Departments were confused about how to order consumables, or which consumables. Some departments ordered similar but different consumables with different connectors. To help reduce confusion, downtime and service calls, we looked at what other sites have done, incorporated some of those ideas and created what we thought was best for our clinical departments,” Anderson says.

He says that the HTM team simplified the process every time it had the chance to do so. He says that they met with some departments about the standard and found out many used what they could find or what was delivered; the clinical teams were wonderful to work with.

Anderson explains how they developed the matrix.

“Our matrix is done in Microsoft Excel; Page 1 is list view sorted by model group with order system ID, description (matching closely what is found in our order system), price, manufacturer part number, picture reference and manufacturer,” he says.

He says that Page 2 is made up of pictures with descriptions and order system ID.

“Each page was designed to print on a single sheet of 8½ x 11; a two-sided print could be done and laminated if the department was inclined. We have shared these pages throughout the hospital; the service calls related to consumables have declined, uptime has increased and borrowing from unknowing departments during nights and weekends has declined,” Anderson says.

He says that the effort has given rise to equipment uptime and left more time for HTM technicians to provide more valuable services.

New hospitals or relaunched hospitals are always a challenge for an HTM department; especially a smaller one.

He says that Valley Health System acquired Mountain’s Edge Hospital last year and it was renamed Valley Health Specialty Hospital. It is about three miles from Spring Valley Hospital in Southwest Las Vegas, Nevada. Anderson says that renovations were made throughout the hospital.

The five-member HTM team has accomplished much for being both a small group and a newer team; already receiving recognition for its good work.

“The team is new here, with the most tenured employee at 14 months. The team has rebuilt processes [and made] huge improvements with customer service and turnaround times. The team received the Q1 (2021) Support Services All Stars Award for the outstanding work they are doing,” Anderson says.

He says that when discussing what might be important to include in a profile of the team, the themes of customer service and hard work were routinely brought up, helping when asked, even when it was not HTM related; the fact they could help was the determining factor.

“The number of open work orders dropped by over 60 percent even with the ebb and flow of monthly PMs,” Anderson says.

He says that although he is the director, he just arrived in November of 2020. Anderson says that the team of technicians already set the culture; and that culture is one of customer-focus. He recalls some examples.

“I was on the phone explaining steps to operate a function on one of our medical devices. Tiera heard the conversation and said, ‘I am going up there to make sure she understands the steps and help if needed.’ My approach was not wrong, but Tiera’s way was better. I now find myself asking; can I do better for our customers, and if I can, I act on it. I am very thankful for their positive energy; their wisdom and their drive to be better. Leading such a positive team is challenging and rewarding,” Anderson says.

He adds that he is enjoying the opportunity.

Anderson says that another example is that two team members joined during the pandemic.

“Jared Pitts was celebrated last week as part of the Las Vegas Healthcare Hero nominees. He is a great example of our team and how they strive to make peoples’ lives better every day. Jared came to Las Vegas last spring to help support some employee changes that were happening at Spring Valley; he enjoyed Las Vegas and moved here permanently from Amarillo, Texas. Sam Birrer followed Jared shortly after; all during COVID-19,” Anderson says.

Many people come to Vegas to gamble, but visitors and residents alike can relax knowing that the members of the HTM team at Spring Valley Hospital don’t sleep until the customer is happy. The team’s dedication makes quality health care a sure bet.