Posted By: K. Richard Douglason: April 01, 2020In: Department of the Month, Magazine, Spotlight 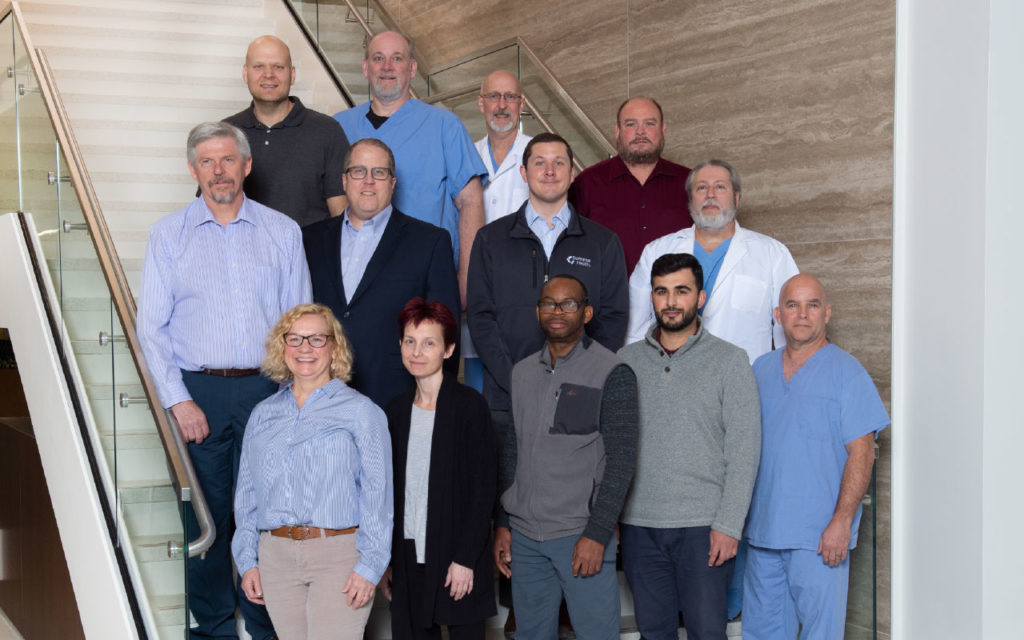 “Population health” is a principle that focuses on keeping people healthy through healthy lifestyle guidance. This includes a proactive approach to contact members of the local community and provide them with information to help keep them healthy. This approach reduces the cost of health care.

Summa Health, in Akron, Ohio, employs this model to manage health care for the local population and help prevent illness instead of just dealing with the consequences of illness once it is discovered.

The Summa Health system was formed in 1989 and consists today of the Akron, Barberton and St. Thomas campuses and Summa Rehab Hospital. The system provides care to one million individuals across five northeast Ohio counties.

The team has a good synergy with their counterparts in IT.

“We have a great working relationship with IT as we pretty much need to in today’s world. All of our imaging and monitoring equipment is integrated into EPIC and our PACS system, so working with their integration team in crucial,” Mylar says.

“In the last couple years, we have been working close with the network security team on the cybersecurity issues and were involved in the trial and selection of a network scanning device used to identify equipment on the network and the associated risks with those devices,” he adds.

Mylar says the department always seems to be involved in a dozen-plus projects of various sizes.

“We have been expanding and remodeling a lot of our offsite medical group offices. We make sure everything needed is standardized with our Summa standard devices. Then, when they arrive, we tag and inspect the devices,” he says.

One of the team’s bigger projects over the last couple of years was replacing its entire monitoring fleet, systemwide, with a new Philips platform which is run through a virtual server.

“The project, done over a couple years, strengthened — or maybe tested — our relationship with IT networking/server teams due to the infrastructure required and the crossover needed between our two departments. Integration with EPIC was another area that created a crossover of departments with the IT Integration team,” Mylar says.

They also had a new construction project, the West Tower project, which is a new six-floor patient tower at the Akron City Hospital campus that took two years to build.

“Over that two years, my staff and I spent countless hours determining equipment needs. The staff knew they needed monitors, but we had to assist with the planning that they aren’t aware of, like integrating with EPIC or our Vocera system for alarms. Do they want remote monitors? If so, do they want to just see the display or do they want it to be functional? Do they want alarms to go to an overhead marquee? There are multiple central stations; which patients do you want to see on which central?” Mylar asks, reflecting the considerations of the project.

He says that there were many issues and questions that happen behind the scenes. He got his staff involved to help ask the right questions and get the vendors onsite to meet with HTM and nursing to make sure they got it right.

“For the most part, we went live in June without any issues on the medical equipment side,” he says.

“Over the last few years, we’ve replaced a lot of our X-ray with new digital units and added digital retro-fit systems to the ones that were not replaced at a lot of our off-site locations. We have standardized with AGFA rooms, so we negotiated up front for service training so we can cover all of the units in-house post warranty,” Mylar says.

“Since we are growing as a system, and not individual locations, we have spent some time standardizing protocols on our stress system, ultrasound equipment, etcetera, so everything is the same at all locations,” he adds.

He says that the team was also involved in the build of a hybrid OR, which was completed from scratch in nine months and included seven miles of cabling.

“Our design ideas for redundant video systems is not being used in other hospitals/designs,” Mylar says.

“The key to being involved with all of the projects above, even if they don’t involve a lot of medical equipment, is to be there to ask the right questions,” he says.

Mylar says that they had a CT renovation/replacement project that moved a few CT scanners to a newly built area in one of the hospitals. The construction team worked with radiology on the project and left HTM out of the loop.

“When the department opened, they realized they didn’t have the ability to monitor patients wirelessly from the ED like they used to in the old location. Having us in the project meeting could’ve planned for that in advance instead of delaying the go live or creating the need for emergency purchase orders,” Mylar says.

The team stays busy with HTM outside of work hours as well.

“Of the 15 current employees, we have two CBETs and one CBET/CHTM. We have a local biomed association, HTMA-OH that we have several employees attend the meetings and the annual conference. I was also just recently named to the board of directors of HTMA-OH,” Mylar says.

“We are also members of AAMI with myself and the department manager attending those conferences as well. We also try to attend one of the two annual MD Expos,” Mylar adds.

Exploring the Role of RTLS-enabled Hand Hygiene Automation in Healthcare