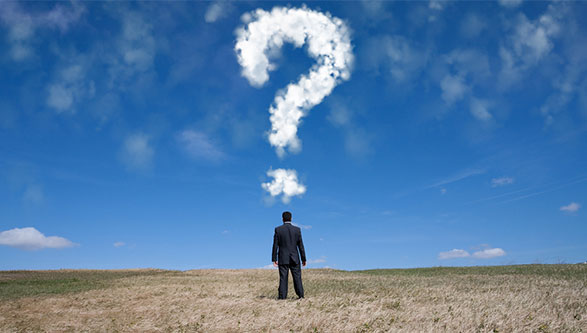 Does the Joint Commission Always Ask the Wrong Questions?

I began my hospital based career in 1974 and since that time, I have undergone a number of Joint Commission Surveys.  The surveys were always the same.  The surveyor would ask to see my maintenance records and he would review them to be certain that we were adhering to our schedule.  Some surveyors would go through the hospital looking at each piece of equipment to see if it had an inspection sticker.  Because the surveyors seemed to place such a high priority on the quality of my scheduled maintenance program and the presence of inspection stickers, I always structured my programs to meet their requirements.  Despite occasional changes in surveying methodologies, over the years, the Joint Commission’s survey process for biomedical engineering departments has remained fundamentally the same; they look to see if we are maintaining devices according to schedule.

Once toward the end of my career, I met a surveyor who did not ask to see maintenance records or our completion rates.  He made only one request and that was to see our procedure for testing infant scales.  After he scrutinized the procedures, he told me he was satisfied with the way we were testing.  When I asked why he was so interested in infant scales, he explained that he was a practicing pediatrician, and since medication dosages for infants are based entirely on weight calculations, assuring the accuracy of infant scales was one of the most valuable services that my department could provide.  He was much more interested in knowing that we tested scales for linearity and accuracy at very low weights than in our overall PM completion rate.  He was more interested in how well we tested as opposed to how often we tested. In addition to our testing methods, he asked if was possible for users to switch our infant scales to read in either pounds or kilograms. He told me of incidents where users had inadvertently given infants the wrong medication dose because they had mistakenly used pounds instead of kilograms in their calculations. He was pleased to hear that our hospital policy prohibited the use or purchase of scales that users could switch from kilograms to pounds.

It was refreshing for me to meet a surveyor who seemed to understand that there was no correlation between PM completion ratios and the accuracy of our infant scales. He understood that how often we tested was far less important than how well we tested. He also understood that we should focus our efforts on things that would help improve patient safety and outcomes and not waste time testing things simply to assure that we meet our PM completion schedule.