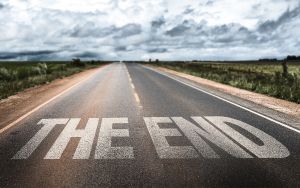 “Technology break-through” can be both revolutionary and earth shattering though in the same sense fleeting. The basis which drives the science behind any technology breakthrough is always to enable improvement to perhaps a function or a process. The predecessor to any “technology breakthrough “should always be best remembered as the corner stone in which enabled such a next leap to occur and be the next frontier. For me, it was in 1996 that I was introduced to a “new break-through” technology called computed radiography (CR). My first impressions were “WOW”! Remember, this was still the era of film imaging.

The much anticipated “end of the road” for both analog radiographic film based imaging and computed radiography (CR) systems has been memorialized in the U.S Government’s “21st Century Cures Act” and its rolling into the “Consolidated Appropriations Act of 2016” that was passed by Congress and signed into law by President Obama. This enacted law now sets in motion beginning in 2017 and subsequent years to follow significant reductions in reimbursements of patient imaging billables that are associated in conjunction with these now finally proclaimed “antiquated technologies” known as analog radiography and computed radiography (CR) devices.

Why does this “end of the road” and the final sun-setting of a once “break-though” technology called computed radiography (CR) mean much? Well, there approximately 8,000 – 9,000 deployed CR units installed and actively used today in the U.S healthcare market. Many hospitals and imaging center providers have been preparing the last thirty-six months or so for this final “stroke of the pen” and turning of this patient billing reimbursement charge faucet to a trickle. The costs involved in migrating from CR or even analog radiography to direct radiography (DR) devices either fixed or wireless has an expensive price tag associated. There is no argument the “leap” in technologies from analog radiographic film-based to computed radiography (CR) and now to direct radiography (DR), is a proven progression towards superior imaging quality and the steed-fast journey in reducing radiation dose to the imaged patient. BYE, BYE “CR” – you were awesome and will always be remembered as a cornerstone and a pillar in the continuous timeline of patient imaging progression.