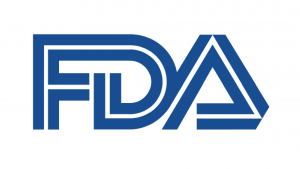 “Timely notification about … emerging signals based on the factors described in this guidance document is intended to provide healthcare providers, patients, and consumers with access to the most current information concerning the performance and potential benefits and risks of marketed medical devices so that they can make informed patient management decisions about their treatment and diagnostic options,” the agency wrote.

The FDA has defined an “emerging signal” as “new information about a marketed medical device: 1) that supports a new causal association or a new aspect of a known association between a device and an adverse event or set of adverse events, and 2) for which the agency has conducted an initial evaluation and determined that the information has the potential to impact patient management decisions and/or the known benefit-risk profile of the device.”

According to the guidance, “information that is unconfirmed, unreliable, or lacks sufficient strength of evidence is not an emerging signal.”

The FDA’s plan to publicly release information about emerging signals related to medical devices drew criticism from industry after the draft was published in late 2015. For example, in its public comment, the 510(k) Coalition wrote that “by publishing emerging signals as described in the draft guidance, FDA would be acting based upon preliminary information that is not scientifically verified and of unknown significance.” The coalition, which is made up of medical device companies, also cautioned against “unnecessarily” alarming the public and confusing consumers.

Patient safety advocates, on the other hand, applauded the FDA’s effort to get information about adverse events into the hands of consumers faster.

According to the FDA, information about emerging signals may come to its attention through a variety of sources, including medical device reports (MDRs), MedSun Network reports, data from postmarket studies, epidemiological research, and investigations conducted by other global, federal, or state health agencies. Once receiving this information, the FDA said it will conduct an initial assessment within 30 days and decide whether a public notification is needed.