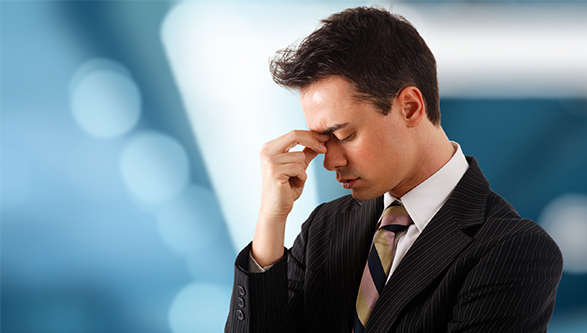 One of the things I have noticed in my career is that sometimes the wrong people get promoted into department management. Instead of promoting people based on their suitability as managers, they get promoted because of seniority or their performance as technicians. A good friend of mine worked for IBM and became one of their more successful salespeople. Because of his success as a sales person, he was promoted into management. Much of his success in sales was due to the fact that he thoroughly enjoyed helping his customers. He loved working with them to find ways to make their businesses more successful. When we would talk about his work, I was always fascinated by how much he would learn about each customer and the length to which he would go to find solutions for their problems.

In an organization widely known for its outstanding sales force, he was clearly one of their best and, as a result, he was promoted into management. His promotion took him out of the field and put him behind a desk where he no longer interacted directly with his customers. In his new position, he spent his time developing strategies, projecting sales objectives and quotas and advising the sales staff. I remember asking him how well he liked his new job and he told me how unhappy he was because he didn’t realize how much he would miss his customers. He said that he disliked not being able to meet with them regularly and solve their problems. He missed the sense of satisfaction he got every time they said thank you. He said that he was going to ask IBM to let him give up the promotion and return to the field as a salesman. He knew he could probably have performed the sales manager’s job, but he felt that both he and the company would be better off with him in the field. Rather than risk losing him, IBM gave him back his sales job and let him return to his customers.

In my clinical engineering career, I have seen too many good BMETs who, like my friend, accepted promotions into management only to discover that they missed the day to day action of solving their customer’s problems. They missed hearing physicians and nurses say “thank you” and, as a consequence, they attempted to straddle the line between being a manager and being a technician. Instead of attempting to do both jobs, they needed to ask themselves the question: “Do I want to be a great manager or do I want to be a great technician?” While a few people have the ability to handle both jobs successfully, most of us need to decide to be one or the other. If you are manager who is not ready to give yourself 100% to becoming the best manager you can be, you run the risk of cheating your department and the technicians who report to you. You also run the risk of spending all of your time putting out fires because you are not planning and carrying out the strategies you need to improve and give direction to your department. Being a good manager takes time and dedication. It requires that you step away from your role as a BMET and focus on becoming he best possible manager that you can be. If you are not ready to do that, you need to return to your job as BMET and let someone else who truly wants to manage take the job.