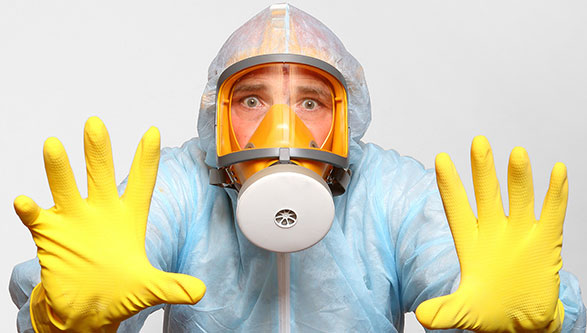 It Is Time To Start Serious Negotiation Of Maintenance Agreements?

In his book “Straight from the Gut” Jack Welch, the former president of General Electric, wrote that the CT scanner changed the medical business from an unprofitable operation to one of GE’s “jewels” with operating profits of $1.7 billion on $7 billion in sales. Is it possible that these high profits were based heavily on GE’s sales of service contracts? I do not know the answer to that question, but I think that under most hospitals’ present pressure to reduce operating costs, we need to begin looking more seriously at re-negotiating maintenance agreements.

If we are serious about re-negotiating agreements, we should start by tossing out that old rule of thumb that says maintenance agreements should cost between ten and fifteen percent of equipment sales price. Ten to fifteen percent is excessive.
During the 1960’s I worked in field service management at American Optical Company’s Medical Division. As a part of my job, I was expected to keep warranty costs below 4% of sales. That 4% was known as the warranty accrual rate. It was based on engineering projections and historical data. A rate of four percent meant that for every million dollars worth of equipment we sold, we expected costs of less than $40,000 for warranty services. It also meant that if we sold a maintenance agreement for ten percent of the purchase price and kept our repair costs at four percent, our profits would be $60,000 for every$100,000 worth of agreements that we sold. Obviously as equipment aged and repairs became more frequent, our costs would rise and our profits would diminish.

Equipment designed in the 1960’s was far less reliable than today. In the 1960’s there were no large scale integrated circuits or surface mounted components. Circuit boards were wave or hand soldered. Relays and switches were mechanical and prone to failure. All displays used either cathode ray tubes or meters. Many components generated heat which tended to increase failure rates. Today’s equipment is far more reliable and that is clearly reflected in today’s significantly lower warranty accrual rates. Instead of the four percent rate of the 1960’s, the average warranty accrual rate for medical equipment companies in 2012 was .07% and the rate for laser and X-Ray companies’ was1.7%. That means out of every million dollars in sales, the typical medical manufacturing company set aside $7,000 while laser and X-Ray companies set aside $17,000.

Based on these numbers I think it is time to stop buying expensive maintenance agreements and exercise other options like equipment insurance or servicing on a time and materials basis. If it is necessary to continue writing agreements we should stop merely capitulating to that old rule of thumb that says agreements should cost between ten and fifteen percent of sales price and begin serious negotiations based on the manufacturer’s warranty accrual rate.