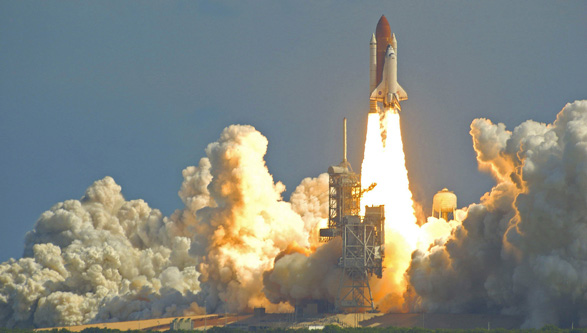 Lessons from the Challenger Disaster

Engineers have a responsibility to understand the environment and conditions in which their devices are used to assure that they will operate safely in those circumstances. Engineers are also responsible for designing alarms or other warnings into their devices to alert users when they are approaching unsafe limits. On the morning of January 28, 1986, engineers from Thiokol Corporation, the manufacturer f the rocket, warned NASA that the Challenger’s main booster rocket was not designed to operate in the unusually cold weather at Cape Canaveral. NASA officials, who were opposed to further launch delays, argued that Thiokol’s engineering evidence was insufficient and they asked Thiokol’s managers to reconsider their opposition to flying. Under pressure from NASA, and despite the recommendations of its engineers, Thiokol’s management reversed its recommendation and agreed that the flight should proceed.

Seventy-three seconds after the space shuttle lifted off of the launch pad, millions of people watched in disbelief on live TV as one of the booster rockets exploded killing all seven astronauts who were on board. This mission, which had been heavily publicized, had held the attention of the nation because one of the astronauts on board the shuttle was a young civilian school teacher from New Hampshire named Christa McAuliffe. She had been specially selected for this mission and planned to teach schoolchildren around the country from outer space.

Shortly after the disaster, President Reagan appointed a special commission to investigate what went wrong and recommend measures to assure the safety of future missions. The commission, headed by former Secretary of State William Rogers included engineers plus Neil Armstrong the first man to walk on the moon and Sally Ride, the first woman in space. Among the commission members was Richard Feynman, a Nobel Prize winner. Beyond his Nobel Prize winning work in quantum electrodynamics, Feynman was also a widely regarded lecturer who possessed an uncanny ability to quickly solve problems that had confounded others.

While most of the commission members met with NASA officials and top management of supplier companies, Feynman chose to meet with the engineers and technicians who designed and built the rocket. Based on his discussions he became aware of the possibility that the O-Ring seals that held sections of the booster rocket together were likely to lose resilience and fail if temperatures during launch were below fifty-three degrees. (Temperature on the morning of the challenger launch was twenty-nine degrees) He famously demonstrated this to the commission by compressing a piece of the O-Ring with a small C-Clamp and immersing it in ice water. When he removed the clamp, the O-Ring remained compressed. It was a simple demonstration that clearly proved a complex idea and was easy for the public to understand. Based on this evidence, the commission concluded that the explosion occurred because the “O-ring” seals had stiffened and could not expand rapidly enough to seal against the escaping gases which eventually ignited causing the explosion. The investigation also revealed that engineers from Thiokol Corporation had recommended that NASA delay the launch and also that NASA officials argued that Thiokol’s engineer’s evidence was insufficient and, under pressure, Thiokol’s managers agreed that the flight should proceed.

The nation tended to believe that the disaster was an engineering failure, but in reality, it was a managerial failure. Thiokol’s engineers knew the limitations of their design and recommended that the flight be delayed, but their management allowed pressure from NASA and fear of negative public opinion to interfere with their judgment. Feynman summed it up perfectly by stating: “For a successful technology, reality must take precedence over public relations, for nature cannot be fooled.”

As engineers and technicians who are routinely involved with medical devices that are capable of causing harm to patients and operators, we have an obligation to understand the limitations of those devices and to be aware of abnormal conditions of use. Our obligation to understand these conditions extends beyond the test bench and requires a deeper understanding of clinical applications and associated patient care so that we will be able to alert users to potential hazards.