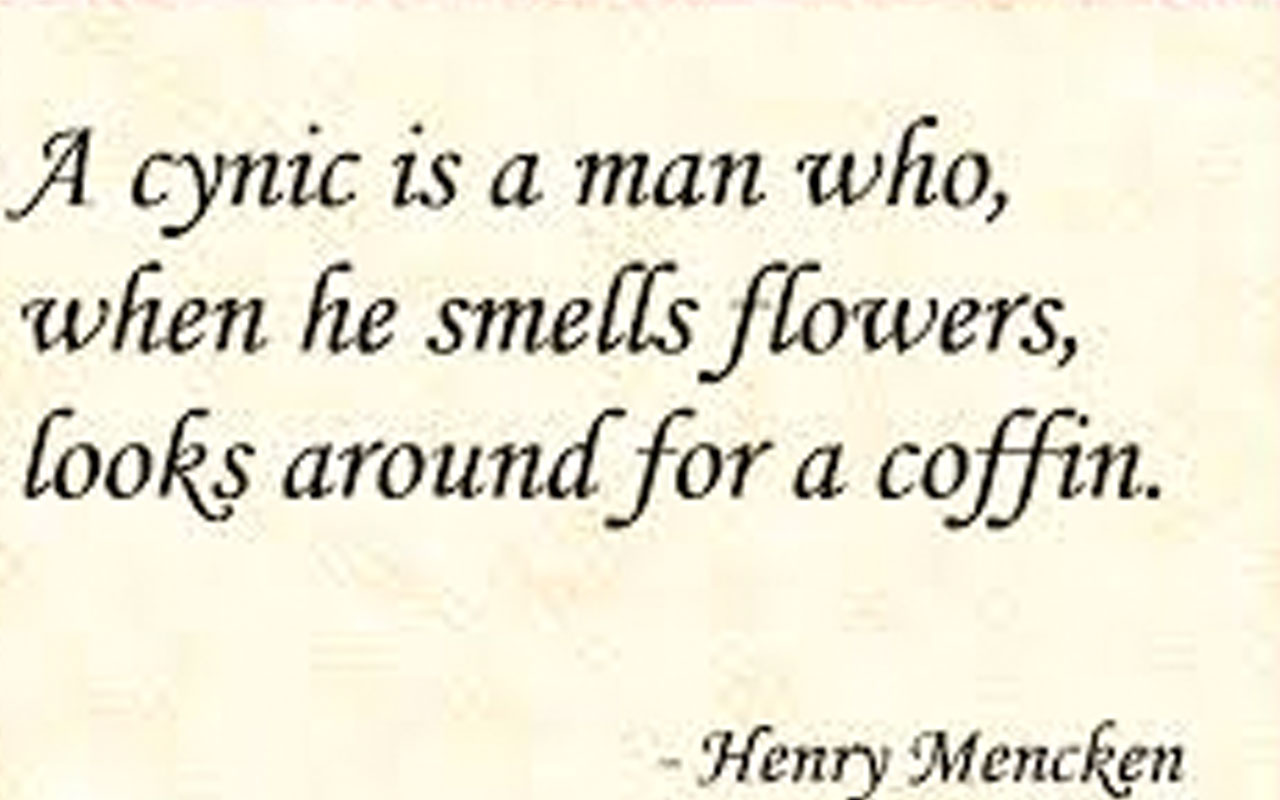 Manny’s Moans – All You Cynics, Listen Up

Research published in Neurology, the journal of the American Academy of Neurology, showed that cynical people were more likely to develop dementia. Cynicism is a deep distrust of others, sort of a continuous anger over time. Researchers surveyed 1,500 people with average age of 71 using a questionnaire that measured their level of cynicism. They were asked to rate how they agreed with questions such as: “I think most people would lie to get ahead.” and “It is safer to trust nobody.”

These people were followed over eight years and researchers found that those who scored highly for cynicism were three times more likely to have developed dementia.

Other research has shown that cynical people also tend to smoke more, exercise less and weigh more. They also have a harder time following even the best medical advice, because their cynical natures won’t let them believe what people tell them. Studies have also found that people who are cynical have a higher rate of coronary heart disease, cardiovascular problems and cancer-related deaths.

Cynical people also tend to have greater stress responses, which means they typically have a higher heart rate, a higher blood pressure peak, and a tendency to have greater inflammation of their immune systems.

The above is all the downside. So is there an upside? Nope, there is not.

Just kidding. The upside is that, since you don’t trust anyone, no one will ever take advantage of you, you will become rich and you will die a quiet, friendless death. Those of us who are trusting fools will die broke, surrounded by those who hope to inherit the few bucks we may still have.

I trust everyone, even though I know that they can’t be trusted and that their only motive for hanging around me is to take advantage of me. I know that it is safer to trust nobody and that people would lie to get ahead. I am so glad I am not a cynic.