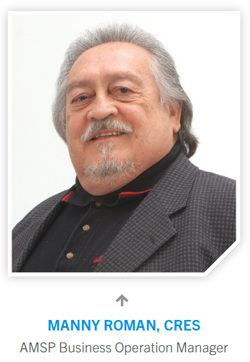 A couple of months ago I conducted three days of soft skills presentations at a major university in Texas. I spoke on relationships skills, communication and other topics to over 50 university employees.

A major focus of the presentation was on the various types of personalities we encounter on a daily basis. I described the wants, needs and behavior patterns of four basic personality types and how to identify them. This is important so that we can treat others as they wish to be treated. Especially considering that our own personality will be diametrically opposed to approximately 25 percent of the people we come into contact with on a daily basis.

Individual members of my audience agreed to determine which personality type they each were and all was well. There was a little resistance from the analytical personalities, which is expected because that is the personality type that needs to perform much research. I moved on to my next topic.

The presentation is titled the “7 Triggers to Yes – The Magic of Influence” and is based on the Russell Granger book “The 7 Triggers to YES, The New Science Behind Influencing People’s Decisions.”

In this presentation, I state, “If you have been using logic and reason to persuade and influence others, I’m afraid that science proves you wrong.” I then proceed to show the comparison between the belief that logic and reason are prime drivers of decisions and what science has demonstrated to be true.

I show that the logic and reason drivers for decisions that have been believed for over 2,500 years since Aristotle have been dispelled by research in neuroscience. Dr. Antonio Damasio, states, “We are not thinking machines that feel; rather we are feeling machines that think.” The first response to anything is always emotional. This means that emotion is a necessary item to make decisions. Without emotions, the brain can manipulate data and apply reason and logic yet cannot make a decision. People whose emotional base, the amygdala, is damaged just cannot make decisions.

So why am I telling you this? Because of the response to the above from a very analytical individual in attendance at the presentations I conducted at the university. I also cover nonverbal communication. I noticed his body language and saw a great deal of discomfort when I said that decisions are mostly an emotional response.

He prided himself in his logical and reasoned decision-making process following a period of due analysis. I was telling him that his analysis was a process of rationalization for the decision that had already been emotionally made. I destroyed his vision of himself as a rational and logical human being. Well, I did not destroy it, science did.

We proceeded to fulfill his need for further analysis, an emotional response, of course. He defended his position with emotional rational responses. I kept pointing out the emotion in everything he said. It was a fun discussion.

After some fun, I finally admitted that I myself had a great deal of difficulty accepting this scientific evidence at first. I also believed myself to be a logical being. I also performed a great deal of analysis before making decisions. I always agonized at the thought that I might not have gathered all the relevant information and performed the correct analysis. And then anxiously waited for the outcome to see if I had made the correct decision.

Then, with the scientific evidence in hand, I realized that I did in fact make emotional decisions and the analysis was a means of justifying them. As I performed the analysis, I always had a feeling of awareness regarding what the decision would be. It’s like flipping a coin to make a decision and as it is in the air you already know what you hope it will be, generally whatever you said heads would decide.

So, the first response is always emotional. Without emotions you cannot make a decision. The process of analysis is a rationalization for the decision already emotionally made. We are not cool, calm and collected, self-controlled beings who go nuts now and then. We are nuts who occasionally act rationally. My analytical friend and I made the highly emotional decision to further analyze the science over a few cold ones. Neither of us recalls our subsequent decision.