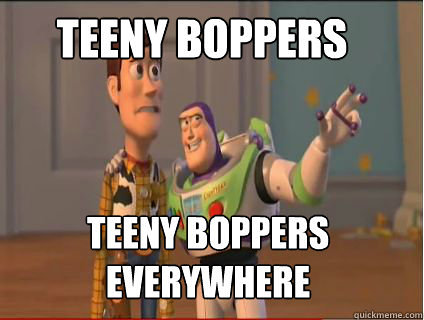 You old people will remember Bobby Vinton. You youngsters will not. Mr. Vinton is “the most successful love singer of the ‘Rock-Era'”. He had more number one records from 1962 to 1972 than any other solo male artist. He is a Teeny Bopper crooner. Google Teeny Bopper if you never heard the term. It is what all girls were in the 60’s. He is one of Ruth’s favorite singers even though she is too young to have been a Teeny Bopper.

She was delighted that we would see him perform live at a downtown Vegas casino. Surprisingly, he could still sing even though he is almost 80 years old. The ten-piece orchestra probably helped a great deal as did his daughter’s backup singing.

He sang some of the old songs to the crowd of about 400 old people. The crowd was happy that he was alive and that they too were alive. I thought I could hear the creaking of the bones as they danced and sang. I told Ruth that I thought that, when the light was right, I could see some cables attached to Mr. Vinton’s limbs. She elbowed me and I dropped the subject.

His first hit was “Roses Are Red” in 1962. It was a song about high school love lost. This is a song that makes you put one hand on your heart and wave the other in the air to the rhythm. At the same time he recorded “Mr. Lonely”, a song about a soldier who is “away from home through no wish of my own.”

Mr. Vinton released a song called “Coming Home Soldier” in 1966. This expressed the burning desire of those who were in the Vietnam War. “I’m coming home, I’m coming home” were the words we all wanted to say.

So the songs were the story of a generation from writing “Roses Are Red” in your girl’s high school yearbook to being drafted into lonely military service to going off to war to coming home. Wow, come to think of it, this is not the story of Teeny Boppers, this is the story of their boyfriends.

I left the concert with a renewed appreciation for simple love songs. Those were the songs that needed no deep interpretation. There was one message and it was simply stated. Unlike Foghat’s “Slow Ride” which could be misinterpreted as a song about riding in a car.

There will never be Teeny Boppers again. Today’s youth is much more sophisticated, connected and complex. Mr. Vinton, you are no longer needed. Go ahead and remove the cables form your limbs. As I write this, I feel a pain in my side. Then Ruth withdraws her elbow.