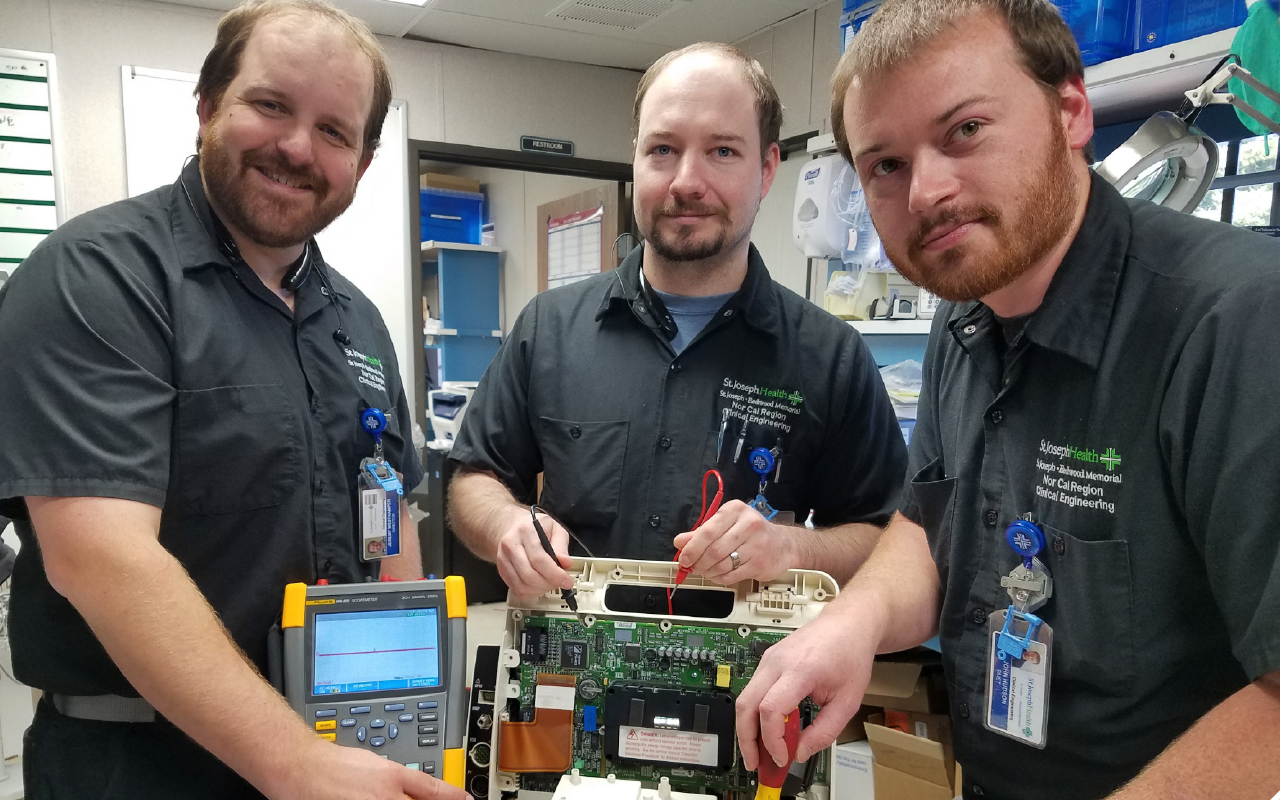 Professional of the Month: Jeremy Westkamper

Posted By: K. Richard Douglason: November 01, 2016In: Magazine, Professional of the Month, Spotlight

It’s often been said that the apple doesn’t far fall from the tree and that is the case for Jeremy Westkamper, a biomed who is now a clinical engineering account director. His father was a GE field service engineer, who enjoyed his work, and that rubbed off on Jeremy while he was growing up in Carlotta, California.

Westkamper got an early education about how machines worked from listening to his dad.

“Since a very early age, I have been fascinated by machines and how they work. My father encouraged this and educated me by teaching me the basics in our garage and doing science experiments,” Westkamper says.

“My father is retired now, but he got his start in the medical field working for GE as a field service engineer. His original training was actually on nuclear submarines in the Navy. My father loved having me do his gopher work when fixing things around the house. Also he made a point that if you asked him for help with anything you had to be present to learn how he resolved the issue,” he adds.

“My mother recently passed away but she was a stay-at-home mom and part-time book keeper. Before she had a family, she worked in banking in various departments. I attribute some of my attention to detail to her since her record keeping was immaculate and she never would just accept an answer. It had to make sense to her,” Westkamper explains.

He even got some hands-on experience after he turned 18 by doing some work on an MRI with his dad. His education did not follow this path initially, but it led to HTM in the end.

“I had completed three years of college where I focused on business and psychology. I also took an EMT course prior to my employment as a biomed tech apprentice,” Westkamper says. “As an apprentice, I was required to take anatomy and physiology. I was also sent to specialty trainings and, based on my scores from those trainings, I qualified to take more advanced courses. I was sent to the Radiological Service Training Institute (RSTI) when it was decided that I had the aptitude and interest in imaging. I completed RSTI’s 10-week course and obtained a certificate for imaging equipment.”

Westkamper heads up the Tech Knowledge Associates (TKA) apprentice program. Prior to attaining his account director position, he had worked as a biomed apprentice, biomed tech I and imaging specialist.

His apprentice work was at St. Joseph Hospital in Humboldt County, California.

Challenges help us grow and learn and Westkamper has been up to those challenges.

“I have been a director for a little over a year now and I have finally started to hit my stride. The last year has been one of the most difficult of my life. I was promoted to a director and given the responsibility of re-staffing the department, learn the ins and outs of being a director, while having to keep up a workflow with limited staff,” he recounts. “My mother even passed shortly after I became the director and my father went through hip surgery. Luckily, I had amazing support from regional staff and my boss John Pollard, and I pulled through successfully.”

In his role as director, he coordinates all internal and external training, including the basics of cleaning, safety, and hazards of the job. On the soft skills side, he teaches apprentices how to interact with staff and directors. 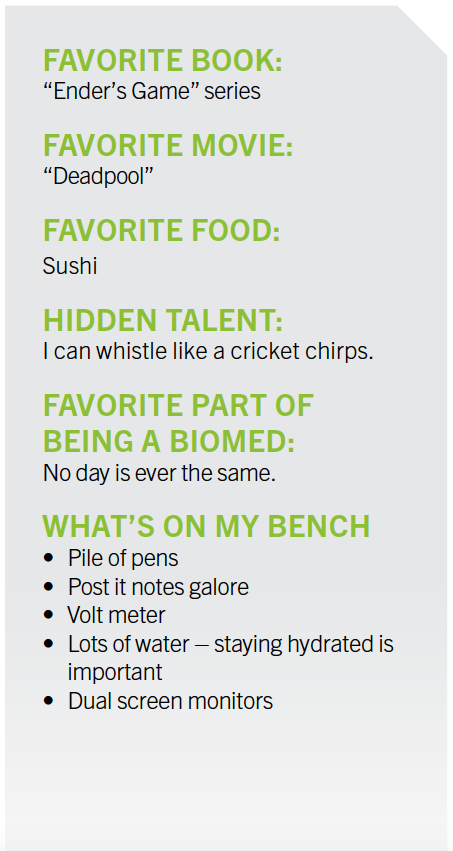 In the awards department, he has been nominated five times for Values in Action. He has also received four Star cards, which recognize dedication and service.

Values in Action is an employee recognition program that awards employees who exemplify: Dignity, Excellence, Service, and Justice. “I have been nominated for Values in Action by the staff at St. Joseph Hospital in Eureka, California for three years in a row,” Westkamper says.

“I sit on the Capital Committee and work with the hospital to purchase new equipment in a planned and educated manner,” Westkamper adds. “I have been able to offer insight into machines that need to be replaced and new equipment that has been proven at other facilities. Doing this has allowed us to standardize system-wide and get significant discounts with group purchases.”

Westkamper says that with the help of the directors and facilities, TKA has developed a clinical equipment technology assessment that helps the hospital plan its capital spending. He says that with this tool, they are able to point out the needs of the facility years in advance.

“Recently, I have helped them acquire new equipment in prep for getting a Trauma 3 Certification. An upcoming project, I am excited about, is expanding our service line to help with departments that have unique needs,” he says.

Away from work, Westkamper’s pastimes are dependent on the season. “I spend my free time mostly in the outdoors and play video games during the winter,” he says. He enjoys backpacking, white water rafting and disc golf.

“I read a recent article in Scientific American on video games and brain activity and it suggested that people who play certain types of video games tend to do better at multi-tasking and making quick, correct decisions. Not sure if this has really helped my job, but I use it as a justification for playing video games,” he says.

Westkamper waxes philosophically about his work in the HTM profession.

“The biggest factors to being successful are a willingness to be patient and understanding. No one calls me when they are having a good day,” he says.

Passing his wisdom on to HTM apprentices will assure that they always keep things in perspective and, since the apple doesn’t fall far from the tree, result in some very talented biomeds.