Posted By: K. Richard Douglason: June 27, 2019In: Magazine, Professional of the Month, Spotlight 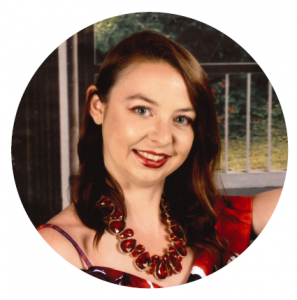 About 32 miles north of Dallas, in northeast Texas, is the city of McKinney. It is part of the Dallas-Fort Worth metroplex.

One of the health care facilities serving the city’s 164,000 residents is Baylor Scott & White (BSW) Medical Center – McKinney. The medical center is a full-service hospital.

Charlotte Threlkeld, BMET 1, works in the healthcare technology management department for BSW in McKinney. However, she had her sights set on a different occupation when she finished high school about two hours southwest of McKinney.

“I graduated from Valley Mills High School and started in game programming, and two semesters in, realized that I couldn’t sit behind a computer the rest of my life. I left college and began working at Home Depot,” Threlkeld says.

“During this time, I did a lot of volunteer work. I volunteered with the band boosters at Valley Mills High School. A family friend was in the biomed program and she always talked about how much she enjoyed the field. I took a tour of the program. I knew when I took the tour that this was my calling. I’ve been in love with the biomed field ever since,” Threlkeld adds.

Threlkeld graduated from Texas State Technical College (TSTC) with an associate of applied science-biomedical equipment technology in April of 2017.

“I am the OR biomed for Baylor Scott & White Medical Center-McKinney. I take care of all PMs and repairs in the OR. I also specialize in Fresenius Dialysis and Vyaire Avea, ventilator,” Threlkeld says.

On-the-job challenges can often serve as the best teaching experiences and Threlkeld learned that first-hand.

“I have overcome my shy nature by working within a hospital. When I was hired on to Baylor Scott & White Health, I told Carol Wyatt, my director, that I wanted to become a manager sometime in the future and that I wanted to be the OR tech. Most OR techs are BMET II, which is about three years of experience or more,” Threlkeld says.

“I started with Baylor Scott & White Health in May 2017 fresh out of TSTC. In August 2017, Carol moved me to the McKinney campus to be the OR tech. I was also back-filling one of the best techs at Baylor Scott & White Health. It was a huge learning curve to adjust to the needs of an OR. I was not ready for it at all. After a few ‘come to Jesus’ meetings with the OR management, I understood what they needed from me. It made me a better tech to have to step up to the plate like that. Looking back, I wouldn’t change it for the world,” Threlkeld adds.

She says that Wyatt and James Swandol, her manager, recommended her for BSW’s Professional Development Fellowship (PDF) class.

“This was a class designed to help employees develop skills and [the] mindset that is needed to become a successful manager. The PDF was a nine-month long class including a four-hour monthly meeting, reading assignments, written reports and a capstone project that I presented at the graduation. I also, during this time, would listen to leadership-based videos on YouTube to further my understanding of the topics covered in class,” Threlkeld says.

She says that for her capstone, she created an online guide for the biomeds within Baylor Scott & White Health.

“I made the guide because when I first started my career, it was hard for me to send equipment out for repair, as I was not familiar with what vendor repaired what equipment. I also found it hard to find vendors that sold things like light bulbs and video cables. I started with the on-call notes given to me by James (Swandol). It was passwords, tips he had collected and info about the hospitals we covered during on-call as we cover seven hospitals,” Threlkeld says.

After this was completed, she collected the most common links in use, like their database link and time card link.

“Next, I collected data from different vendors that did flat rate repairs. I organized it by manufacturer, model and then vendor. This section is updated as needed as pricing does change from time to time. I moved on to the CBET study guide section afterwards,” she says.

“Scott Gillet, senior BMET, assisted me with this as he had taken the CBET within the last year. I placed all this info into OneNote. OneNote is a web-based system that allows the user to access it at any location. I was able to share the OneNote with every biomed within Baylor Scott & White. This meant that every biomed could use this [despite] whatever campus they may be at,” Threlkeld adds.

She says that one of the challenges that she faced was simply gathering the information, especially since other obligations could not be put on hold.

“Most of the information I needed was in different locations within Baylor Scott & White Health. It was like herding cattle from the field into a barn. I also found it challenging to balance the everyday work with this project. We had a network upgrade that I spent 7 p.m. to 7 a.m. assisting, then verifying that all my medical equipment connected successful to the network again,” Threlkeld says.

Another project that Threlkeld was involved with was a Philips upgrade.

“We upgraded half of our tele from Philips Classic to IX. Most of the tele that was on Classic was tele boxes and not bedsides. We had to coordinate with hospital staff and Philips throughout each step. We are currently replacing all of our asset tags with the new style. Hunting down over 5,000 pieces of equipment is harder than it sounds,” she says.

Threlkeld says that one of the greatest assets she has had has been her manager; James Swandol.

“James was a senior tech at Carrollton before he became my manager. I had only been a biomed for about five months when he became the manager, so I was still pretty green. He has been a well of knowledge and guidance. James has this amazing talent of driving people to be their best tech. He doesn’t allow his techs to settle for just OK. If it’s not the best it can be, then he has us working to make it better. I know I don’t say this enough but thank you James for all you’ve done for me and all you continue to do for me,” she says.

Apparently, the guidance and expectations have paid off. Threlkeld won a 5-Star Spirit award for taking call for a sick tech. She has also received several EnCore Awards for different repairs or on-call assistance. 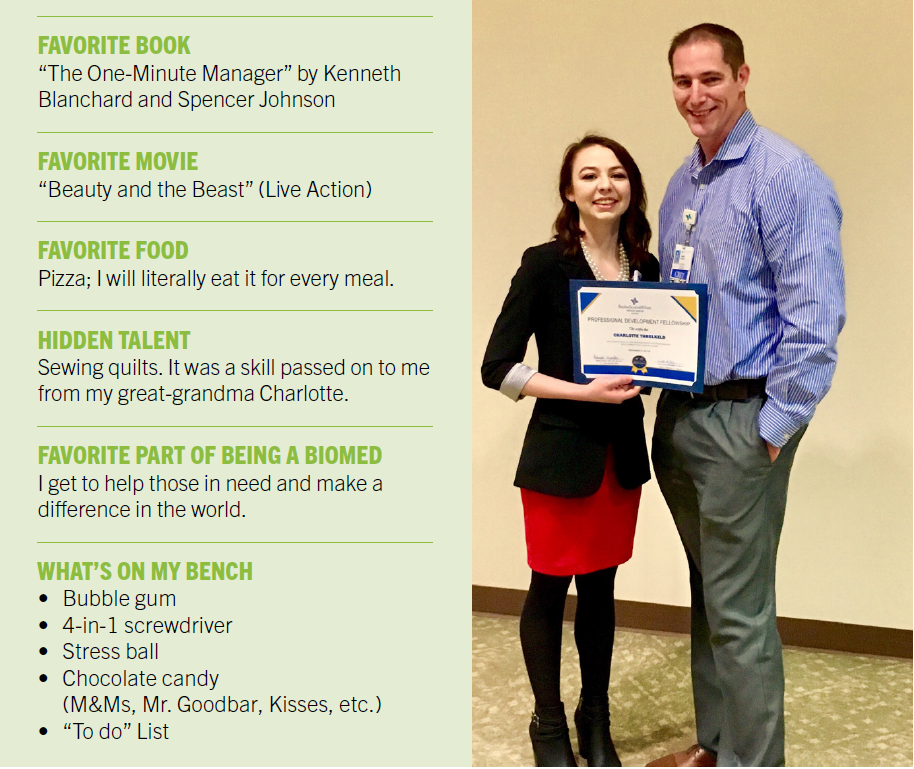 Threlkeld’s approach to work and life comes from her parents.

“When I was little, my mom worked days as a manager in a computer company. My dad stayed at home with my sister and I during the day, then would work nights at the police department. They taught me what it means to be a team. They have been together for 40 years now and they are proof that the best things in life are a lot of work, but always worth it in the end,” she says.

She says that her mom taught her how to be strong and independent.

“My father taught me to help and protect others through his 23 years as a police officer. They taught me to love who I am and that if I didn’t like something about the world or myself to go out and change it. Without them, I wouldn’t be the person I am. My younger sister is currently enrolled in the biomed program at TSTC,” Threlkeld says.

As a pastime, Threlkeld enjoys sewing and making quilts. She had taken a break from sewing after taking some courses in it when she was younger. 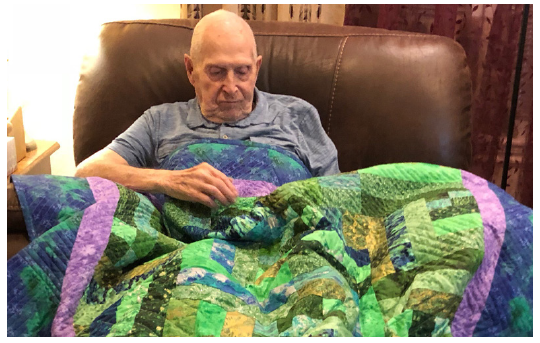 “I started back up when my grandpa got sick with Alzheimer’s. Grandpa was always kind and gave endless love to our family. He was always a prankster and he always had a young heart. He was an amazing man. He was related through marriage and not by blood. I made him a purple and green quilt for his birthday. His face lit up when he saw it for the first time. He was like a kid in a candy store. Of all the awards and accomplishments I’ve made, seeing grandpa’s face lit up was the best by far and I’ve had awards from Homeland Security and DPS. He didn’t always remember who made it for him, but you couldn’t get it away from him,” Threlkeld says.

Threlkeld is still happy about her decision to go the HTM route.

“No matter what challenges I may face, there isn’t another job in the world I’d rather be doing,” she says. With the right outlook on life and work, and a focus on making it into management, this BMET 1 is certainly going places.