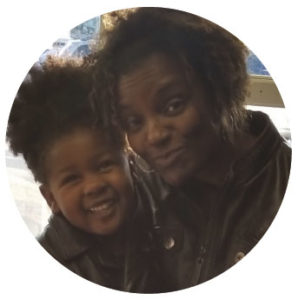 Lillie Oliver, CBET, is a GE Healthcare client service technician at Thomas Jefferson University Hospital in Philadelphia. Her first exposure to mechanical and technical concepts came from her dad.

“As a child, my father kept me more to his side with technical and mechanical things; not knowing how this would play a part in my life. At 16, I had my first hospital job as a transportation aide,” Oliver says.

Oliver also worked as a transcriber of cardiologists’ dictations. She knew the hospital was where she wanted to be.

“Later in life, a friend shared how I could combine my hands-on passion and medicine by entering the study of biomedical electronics. That then started my path to become a biomed technician,” Oliver says.

Oliver obtained her training in the city of brotherly love.

“I attended Community College of Philadelphia and obtained my AAS degree with high honors in electronics technology–biomed option in 1997,” she says.

She began her biomed career as an equipment specialist. Years later, she became a biomedical technician I and then a technician II and then III; as well as a lead tech. She is now a client service technician (CST).

“My specialties are medical ICU, women and children as well as ultrasound,” Oliver says.

Like most resourceful biomeds, Oliver has completed her share of special projects via the use of her unique skill set. One project that she recalls involved helping the tiniest and most vulnerable of patients.

“The one that sticks out the most was being a part of Jefferson’s neonatal ECMO program. A select few of us had the responsibility of building and blood-priming the ECMO machines that provided extended life for neonates,” Oliver says.

“This was a gratifying challenge that kept me sharp in my knowledge of such a lifesaving machine. The patient needed to have their blood pumped outside of the body, oxygenated and then recirculated back into the body. As a biomed tech, it was my responsibility to build the tubing circuits, set the pressures, prime it with blood and assist the nurses, if needed, as the patient was connected to the machine. This has truly made me feel like my job is worth every second of time,” Oliver adds.

She won the C. Delores Tucker volunteer award in 2017.

When not on the job, Oliver enjoys traveling and hiking.

She has been married to her husband, Delroy, for 30 years.

“I have six children; four sons and two daughters (four biological, two adopted), one granddaughter and one dog, Azul,” she says.

When asked, “What would you like the readers of TechNation to know about Lillie Oliver?” she provides a thoughtful reply.

“First, I believe that a great technician is one who is willing to help others, a team player, accepts corrective criticism, is willing to be taught, not afraid to fail, gives their all, plus more; just to mention a few,” Oliver says.

“I’ve worked hard to prove myself as a great technician in this predominantly male role. I am a down-to-earth person; always willing to lend a helping hand. I care a lot about the well-being of my family and friends. It’s really hard for me to say no,” Oliver says.

Oliver says that she has always been a problem solver and loves putting out fires.

“I am thankful to God for his many blessings both big and small. As I continue in this thing called life, I pray that I will also continue to keep my customers happy as I service their equipment,” she adds.

She says that she would like to thank her family for their support, her past and present coworkers for helping her become the technician that she is and the clinicians who provide endless care to the patients; her ultimate customers.

It is safe to assume that all of those people would express their gratitude in response as well, especially the neonatal nurses.