Professional of the Month Travis Recksiek: One Person; Many Talents 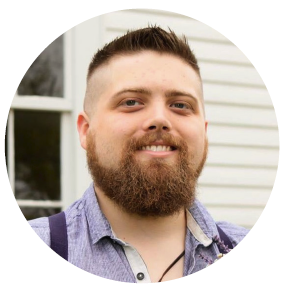 When the Corsicana Daily Sun, in Corsicana, Texas, recognized a local biomed in a feature story in February, the spotlight was on his one-man shop, a local biomed training program and the challenges generated by a retiring baby-boom generation of biomeds.

Recksiek was introduced to the field by his stepmom.

“I was going through my senior year of high school and trying to decide what I wanted to be when I grew up. I knew I didn’t want to sit behind a desk crunching numbers all day and I wanted to do something that helped people,” he says.

His stepmother’s occupation was the connection that led him to the biomed field.

“My stepmom worked at a local hospital and told me about the biomed that worked there and what he did. It sounded interesting, so I found a local trade school that offered a biomed associates degree near me and decided to go for it,” Recksiek says.

The degree program that Recksiek chose was a little more than an hour away from his home in Waxahachie, Texas.

“I graduated from Texas State Technical College (TSTC) in Waco with an associate degree in biomedical equipment technology in 2010,” he says.

Recksiek’s supervisor at Navarro Regional, Chad Sanders, is also a graduate of the program.

After graduating from the program, Recksiek gained hands-on experience before landing his position at Navarro Regional.

Recksiek describes himself as a “general biomed,” which is probably a good thing in a one-person department. Knowing how to work on most types of equipment is necessary when you are the only technician. 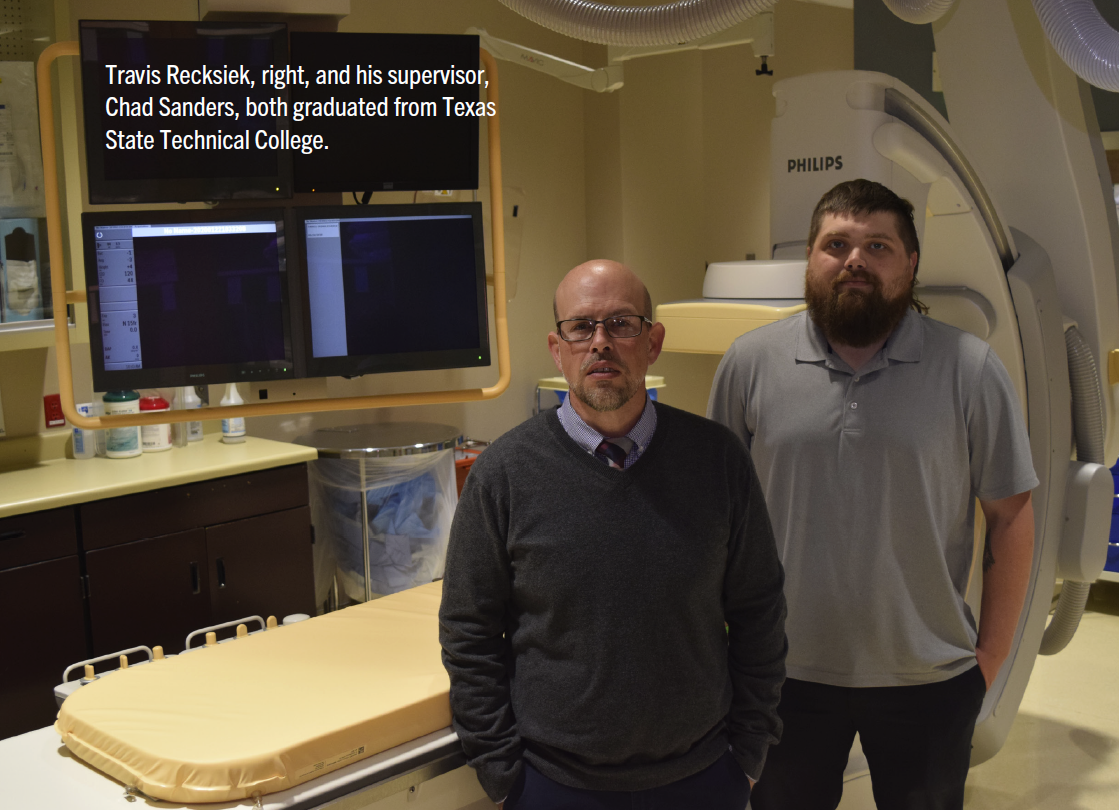 Some of that “hands-on” experience included assisting with a major move. A task that can be a challenge for a biomed of any experience level.

“The most exciting project I’ve worked on was a hospital move to a new 800-plus bed hospital from the existing facility over the course of three days. I was primarily over the equipment move for the labor and delivery department,” Recksiek says.

He says that he had to coordinate with the moving company, as well as members of his team and the clinical team, to balance the equipment needs for both the in-progress labors at the original facility as well as the patients being admitted to the new facility.

“It was long days leading up to and during the move, but it’s a time I look back on as a major highlight of my career,” Recksiek says.

He says that in his current role, the biggest challenge comes from being the only biomed on staff.

“Whether it’s nursing staff, administration, corporate HQ or even Joint Commission asking the questions, I am ‘the guy’ that has to answer for all things medical equipment-related,” he says.

Recksiek says that when he is not on site, he is on call. He takes a philosophical perspective on that challenge. He also finds time to assist with biomeds in training.

“I’m the guy sitting in equipment planning meetings as well as the guy doing PMs on infusion pumps. It can be tough to manage it all at times, but it keeps me busy and engaged. I’d rather be busy than bored any day of the week. I’ve also been fortunate to maintain a relationship with TSTC in Waco to take on an intern or two as needed to help me with some of the workload as well as pass on my knowledge to new techs entering the field,” Recksiek says. 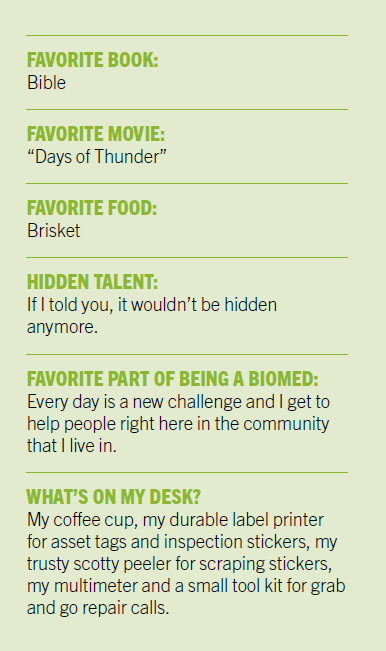 Away from work, Recksiek is kept busy with a growing family.

“I have a wife, two daughters and a son on the way that will be born here at my hospital any day now,” Recksiek says.

Some of Recksiek’s pastimes seem more like work while others are about relaxation. They all exhibit multiple talents.

“I’m big into catering and competition barbecue, hunting, fishing and do a little welding on the side,” Recksiek adds.

“I help admin a Facebook group called North Texas BBQ Addicts that currently has around 42,000 members. I do local meetups and BBQ competitions with them. I have also done work catering events in the community. One of the more recent events was catering opening day of the local Miracle League. It is a baseball league for special-needs kids,” Recksiek says.

He also helped start a mobile welding company with his father-in-law and brother-in-law.

“We have a welding truck and do steel fence installs, farm/ranch repairs, BBQ smoker builds, etcetera. We work nights and weekends when we have downtime from our full-time jobs,” Recksiek adds.

When asked what readers should know about him, Recksiek’s answer is somewhat tongue-in-cheek.

“I’m more than just a pretty face and a mullet. I’m also a pretty darn good biomed technician,” he says.

When it comes to holding down the fort as a one-person shop, this HTM professional proves he is “pretty darn good.”