The May 2018 CFBIS Chapter meeting, sponsored by Agiliti Healthcare prior to public name change from Universal Hospital Services.

Although the state leads the country in thunderstorm activity, Florida is still known as the “Sunshine State” because of its 237 days a year of sunshine. Many travelers from the Midwest and Northeast make the trek to the state every winter to escape the snow and enjoy a warmer climate.

A peninsula surrounded by water, the state boasts beaches and waterside eateries all along its long coastline. The center of the state offers one of the nation’s most famous entertainment complexes.

Because of Florida’s distance north to south, the statewide biomed association has many regional chapters that accommodate local biomeds and eliminate long trips for monthly or quarterly meetings.

The group has gone through a couple of iterations during its history with the focus always on providing a local society to benefit biomeds in central Florida. The group’s predecessor organization was established in the early 1980s by biomeds who wanted to make a difference in their community.

Reyes says that the group was once known as the Sun Coast Association of Medical Instrumentation.

“For several successful years, it was headed up and run by Bill Hart out of Lakeland Regional Medical Center. The association saw tremendous growth in membership and vendor involvement,” Reyes says.

He says that after the Sun Coast group was disbanded, and partly split into what is now the Bay Area Association of Medical Instrumentation (BAAMI), the Central Florida region sought a replacement for the lost source of biomed community and education.

The group was active until the mid-1990s and then took a 15-year hiatus until 2010. Later, it disbanded once again.

Reyes says that in 2017, FBS President-Elect Jim Bowles and the other members of the board thought it necessary to revitalize the community of HTM professionals in the Central Florida area.

“Since Carlos Villafane had success as BAAMI president, they elected him to be CFBIS’s FBS Chapter Representative to get ‘the ball rolling,’ so to speak,” Reyes says.

He says that the society saw a spike in growth and interest including those in search of education and free resources that could assist them at their local hospital organizations.

Reyes says that more recently, it was a group effort to get the local biomed society re-established.

“There wasn’t really an individual person that ‘started’ CFBIS. It was more of a joint effort to start up something that some of us thought was necessary to start up again,” Reyes says.

He says that in 2017, he and Villafane, Luis Galarza, Alberto Feliciano and Jennifer Vazquez met at a Golden Corral and discussed the arrangements and what it would take to make the society come back to life.

“I’m sure it was the push from the Florida Biomedical Society to head Carlos in the position of sparking up the conversation with individuals he deemed would be able to take the society to where it is now. If I could grant any one person or entity credit for the initial starting phases, it would be Carlos and the members of our FBS board,” Reyes says. 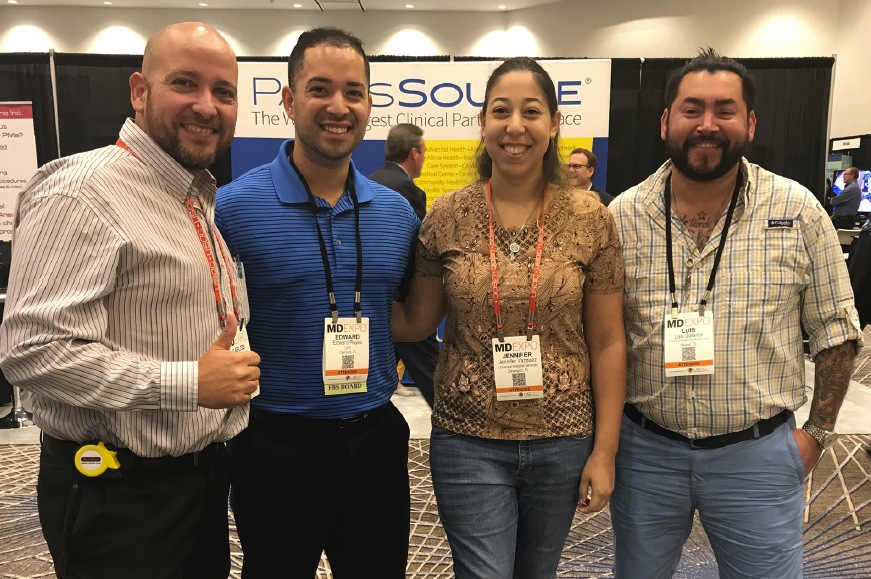 While education is often the central focus for many biomed associations, the opportunity to learn about new products and services and rub elbows with local counterparts is also beneficial.

“Often, we are asked to just provide a conduit where HTM professionals can be exposed to additional service resources available to them. During membership meetings, members have an opportunity to engage with sales teams, from their local backyard to across the state, to be pre-exposed to numerous service opportunities that might benefit their organization or their day to day. Sales teams take advantage of our ability to be flexible and provide societal socials that might help them engage with current and potential consumers of their products and services,” Reyes says.

He says that in the future they are looking to engage in a new outreach effort and better community outreach to strengthen the bonds between people.

“The more you know, the more people you have to network with, the stronger the ties and resources you bring to the table,” Reyes says.

The group does not yet hold its own symposium, but there are plans to expand the scope of the society and get more involved with local hospitals and health care systems.

“With our new president, Vahid Majidi, we are hoping to bring back the initial spark that started it all. Our current president has plans to push education, relationships and other resources that hopefully our current network of hospital organizations see as advantages,” Reyes says.

“We plan to address local needs head-on by outreach to local directors and providing the means of support they need to better enforce their ‘boots on the ground.’ We see hospital organizations and their involvement as crucial when it comes to showcasing the benefits of being involved in something greater than themselves – to join as one under a common goal,” Reyes adds.

He says that at the end of the day, patients are number one.

“If we can aim to provide onsite professionals a means of doing their jobs better, safer and smarter then we have accomplished our goal,” he says.

The re-emergence of this storied biomed society will benefit the HTM community in central Florida and cement the relationship between biomed departments in the region. 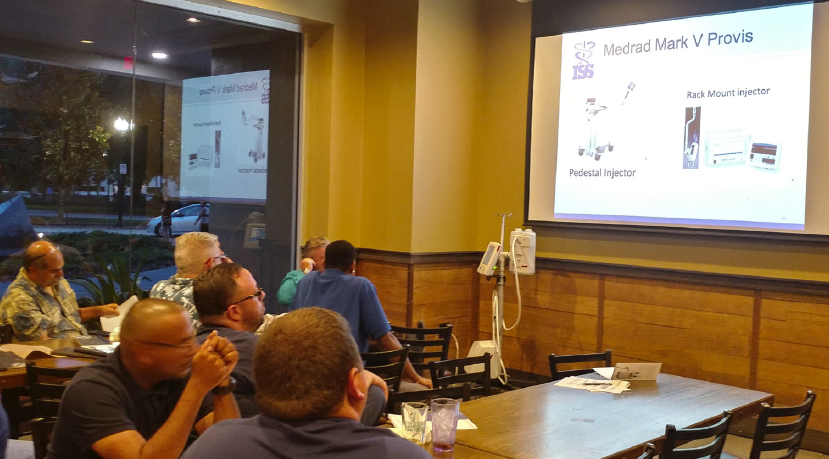