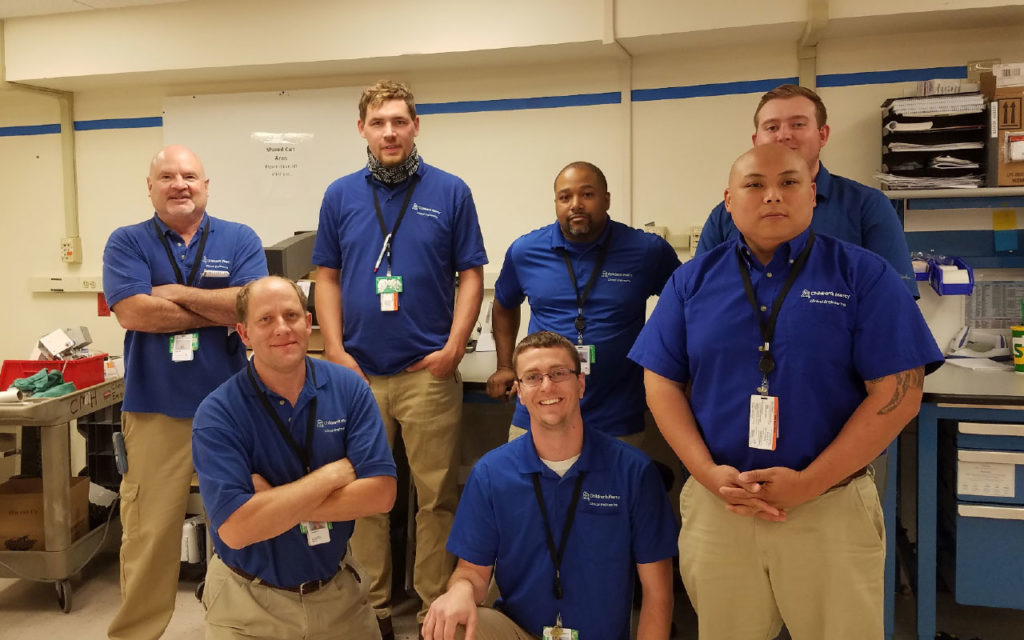 Sometimes the road to a biomed career comes out of necessity. It can also come out of a commitment to doing something good.

That was the case with Tri Q. Dang, biomedical equipment tech III and team lead in the Clinical Engineering Department at Children’s Mercy Kansas City in Missouri.

“My journey began in Arlington, Texas at an Army recruitment center in a strip mall. Like many people, I did not realize that all medical equipment needed highly trained technicians to maintain it. At the time, a Master-Sergeant informed me that my aptitude made me a prime candidate 91A – medical equipment repair – which later was renamed to 68A,” Dang says.

“During my time of service, I was deployed to Iraq. On one mission, my buddy and I were tasked to fly into a small forward operating base, in the central southern region of Iraq, to maintain Polish combat hospital equipment. It was my first-time brush with casualties of war,” Dang says.

He says that the base had Polish Army doctors who were treating local nationalists.

“One day, we heard a young lady in agony and her screams echoed through the hospital. We asked the doctors why she was not sedated for her shoulder procedure. They informed me their anesthesia unit had been broken for months, so my buddy and I got to work. We committed ourselves to repair, and we would not rest until the anesthesia device was going to be functional again. Late into evening, we got the unit operational again, and the next morning, there was a knee procedure in session. The patient was properly sedated and soundly asleep during his procedure, and I knew then that this career field was my calling,” Dang says.

Dang received his basic biomed training through the Department of Defense at Sheppard Air Force Base. He took the advanced course and then earned a bachelor’s degree in biomedical electronics from Thomas Edison State University.

“I am happy to share that I am the general floor team lead and it is a privilege to work for such a renowned institution like CMH. My team of 13 and I are responsible for every department in the main hospital and a smaller hospital in Kansas, but we do not service the outlying clinics, diagnostic imagining and labs equipment,” Dang says.

A Working AEM Plan and a Road to Advancement

Projects to help his biomed team and his facility have occupied much of Dang’s time in his current position.

“Since I have been with Children’s Mercy Hospital the last 14 months, I have spearheaded three major projects. With help from my team, we were able to develop an Alternative Equipment Maintenance (AEM) program, career progression training record and start up a depot of excellence,” he says.

“Our director wanted our shop to be the leading shop in the Kansas City area, so a year ago, before I started, he laid the foundation with our MEMP. Once I heard of his vision, I began my work with the AEM program. I convinced a group of BMET IIIs to attend an AEM workshop. The goal for the AEM is to look at equipment maintenance procedures and challenge it,” Dang adds.

He says that he designed the AEM form, added details to the process and led the meetings.

“Our guiding motto was, ‘Is this really going to make the equipment safer to use or prolong the life of the equipment?’ We scrub through hundreds of different models to find a handful of models that would qualify for the program. Like most passionate technicians for their job, the debate got heated to argument; but I reminded the group of our collective goal,” Dang says.

“We reviewed thousands of work orders and have had countless debates to ensure that equipment remains safe and reliable when we change the procedure from the OEM standard,” he adds.

Dang says that the secondary reason to have the AEM program is to reduce wasted man-hours on pointless planned maintenance that does not add value to the organization.

“Our first model for the AEM program finalized October of 2019. Now, we have 11 models on the program, seven models pending and five models being reviewed. Currently, our challenge is finding time to have a meeting and to vote on the models,” Dang says.

He explains that in this career, it is too often the case that technicians cannot get promoted until a position becomes available, and this fact sometimes drives technicians away.

“Over time, the shop would not be able to retain the talent that they have grown internally. I got to work on this issue. We wanted to celebrate individual achievement as well as reward dedication. Our director shared with me about his side project that has been off and on for the last three years. So, I redesigned the example that he handed me into a point system. We had several meetings to fine tune the process. My colleagues and I shaped the work into something we wanted and got the blessing of our leadership,” Dang says.

He says that the work encompasses a point system of training and projects for the individual members of the department.

“We set certain limits on modalities and award points based on the complexity of projects and/or equipment. Those points will add up and, eventually, the individual can request a promotion. From BMET I to III, it can be adapted to any shop, thus solving our retention problem. It was a collective work by the team leads and sponsored by our leadership,” Dang says.

He says that leadership saw this training record as a promise to the staff that growth and dedication will be rewarded.

“Secondly, it allows individuals to pinpoint achievement and recall it in the training record. Recently, I promoted two staff members using this model for a career progression. I am honored to be the stakeholder in a notable pursuit,” he says.

Dang says that his main challenge in most of the projects is staffing because at Children’s Mercy, they pride themselves on under selling and over delivering.

“Sometimes, my staff and I are stretched thin and during a pandemic resources quickly dry up. I have confidence in our leadership to navigate us out of these troublesome times and get us the resources we need to be successful,” Dang says.

Outside of work, Dang and his family like long hikes throughout the Missouri countryside. He says that he also enjoys eating out and trying new restaurants.

“The love of my life is my wife, Marina. Our daughter, Mai, keeps us quite busy like most four-year olds,” he says.

What should readers know about him?

“I am grateful for all the opportunities that were given to me, and it has been a privilege to lead great men and women in the biomedical field. My life has been more fulfilled since I stepped into this career field. I want to thank all the people who came before me, because their tireless support paved the way for techs like me to experience a wonderful biomedical field firsthand. My success stems from the excellent staff in our department. Their hard work fuels my internal flame for our mission. As always, I want to thank them,” Dang says.

From seeking relief for a patient’s pain, to leading a biomed team, this HTM professional has achieved a lot. Compassion started his career and it continues to be a driving force.