The Roman Review: Power is Power 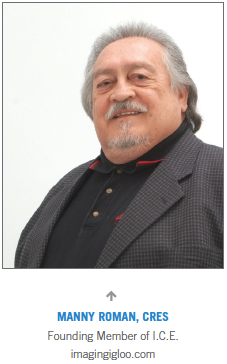 I was updating my presentation on PARA – Power, Authority, Responsibility and Accountability. As part of my research, I was reading an article about five forms of power as first proposed by social psychologists John French and Bertram Raven in 1959. They describe the five powers as legitimate, reward, expert, referent and coercive.

In 1965 Raven added informational power. I won’t conjecture as to the source of this additional wisdom, except to note that it was around the start of the hippie movement and the widespread use of recreational drugs and the power to the people generation.

Legitimate power is one that comes as a result of a formal right to make demands and expect others to comply. Your boss, the President of the U.S. and a general in the Army has this power. When I conduct my presentation on PARA I call this positional power since the source of the power is dependent on the person’s official position. Since this power is situational, it disappears in a puff of smoke once the position is lost. The alternative is to convert to expert power as a consultant.

Reward power is based on the perceived fact that the person has the ability to provide compensation for compliance. You may perceive that your boss has the power to reward you for a job-well-done. In reality, his hands may be tied and he is powerless to provide a reward due to organizational constraints and the performance evaluation system.

Expert power is based on a person’s skill or knowledge as evidenced by experience, training and education. Your doctor has this power as evidenced by the prominently posted educational accomplishments. The numerous consultants that you hire to improve your present and future business situations are perceived to have this expertise power and thus they command the attendant fees.

Referent power is the power that movie stars have. They are attractive and rich so they are worthy of your respect and adulation. They have the power to get you to purchase insurance, beauty products, beer and cat food. I call this power charisma and social class when I speak on PARA.

Coercive power is based in the perception that the person has the ability to punish noncompliance. We all attempt to avoid punishment so we do what we are told. I guess that some people seek punishment, in many forms, however, we will leave that one alone.

Regardless of the particular power and how it was incurred, power can and does get abused and misused. Lord Acton said, “Power tends to corrupt, and absolute power corrupts absolutely. Great men are almost always bad men.” My experience is that this is likely a true statement more today than it was when he wrote it in 1887.

The only way, in my very humble opinion, to prevent the corruption is to have a well-defined value system. By well-defined, I mean that you know, understand and remain within your established values. These values define your honor, courage, commitment, integrity, character, ethics and morals. They require that you possess and adhere to a commitment to personal responsibility and accountability. If you have a well-defined value system it is easy to remain within those values and reject everything that opposes those values.

I caution that this value system is not conducive to becoming a rich person, monetarily that is. It will cause others to think you are a fool and may keep you from being a member of the in-crowd. You will, however, sit in righteous indignation as you sip your wine all alone.

On a happier note let me tell you about a scene in “Game of Thrones” that was memorable at least to me. The Queen is walking with her three or four guards when she encounters one of the shady advisors. A discussion ensues about whatever and the man says to the Queen, “Knowledge is power.”  The queen says, “Seize him.” The guards comply. “Cut his throat.” One guard draws his blade and is about to cut the throat. “Stop. Release him. Turn around.” They again comply.

The man is very shook up. She leans in and says, “Power is power.” Fade to black.