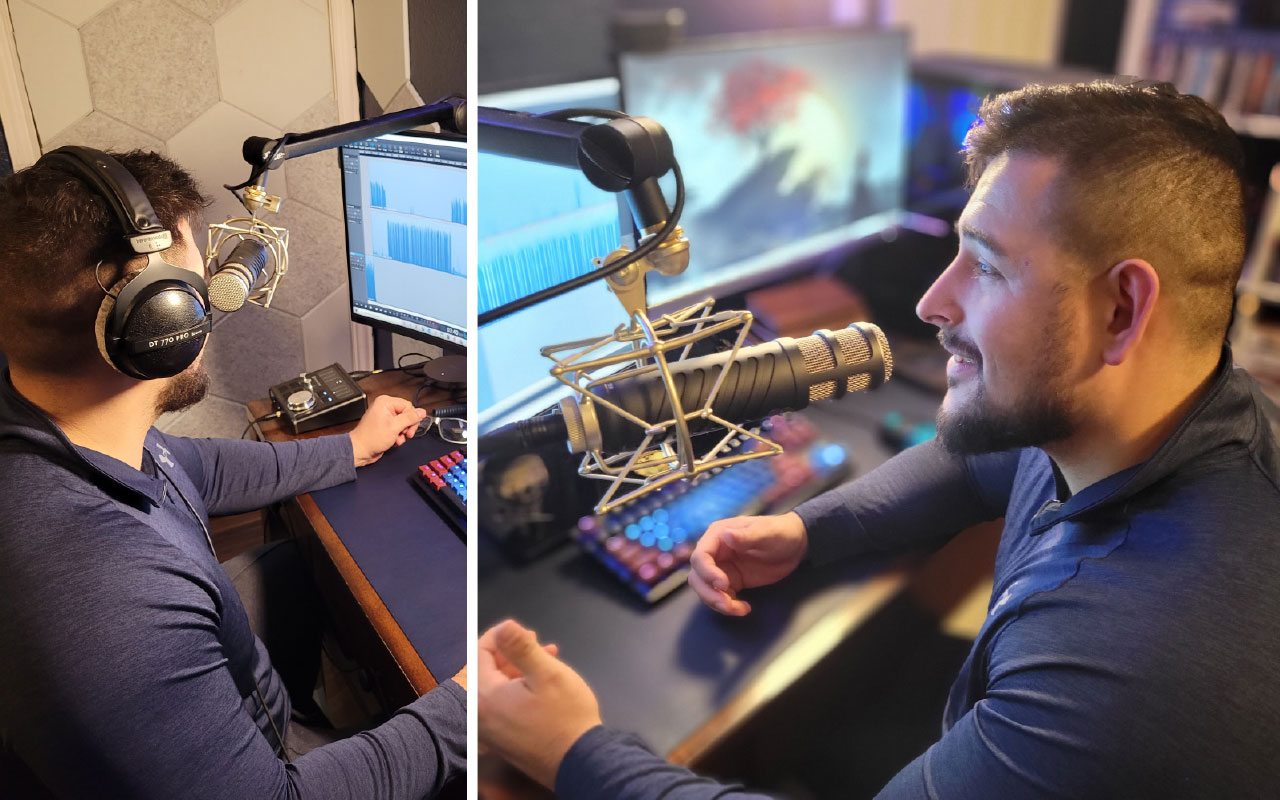 The healthcare technology management (HTM) career field will see a need for growth and a need for replacements as it continues to lose retiring biomeds in the coming years. Increases in the use of technology will accelerate this need.

The wealth of knowledge and on-the-job experience garnered by so many baby-boom generation biomeds will evaporate as experienced biomeds retire and leave PMs, calibrations and repairs behind.

One of the biggest challenges for the profession is attracting new recruits into the field. This is especially challenging because few people outside of health care even know the job is an option.

This challenge requires creative thinking and newer platforms and technology to reach a younger audience of potential candidates.

That was the impetus for an innovative podcast called the “Bearded Biomed,” that brings interesting insights to biomeds, while piquing interest in the biomed field for prospective biomeds.

For the uninitiated, a podcast is an episodic series of digital audio files usually presented by one or more individuals and often focused on a central theme. The term originated from people using the Apple iPod to listen to podcasts and “cast” comes from “broadcast.”

Podcasts are popular because they can be accessed at the listener’s convenience using several platforms or using several different apps.

One member of the HTM community who recognized the power of this platform is Chace Torres, a lead field service technician for SPBS in the Dallas-Ft.Worth area. Torres is the creator of the “Bearded Biomed” podcast.

“The primary reason I started the podcast was to build awareness and educate society about the existence of the HTM professional. Speaking with people and explaining what I do became frustrating, and I imagine many of my colleagues out there experience the same. I love our field and what I get to contribute to patient safety is rewarding. I want to share that with the world,” Torres says.

He says that the other reason he created the podcast is because the “field is aging itself out and the numbers we require for a future generation of biomed is not up to snuff.” He says that the idea for the podcast came from his need to do something productive with his off time while also finding a way to contribute to the biomed field.

“If I can do my part in marketing and spreading the word about this profession then I will feel I was successful in contributing something meaningful to the field,” Torres says.

He says that the podcast started at the beginning of December 2021. New episodes come out each week on all the major listening platforms such as Spotify, Apple, Google, and just about anywhere people like to take in a podcast.

To make the podcast enjoyable and informative, Torres spends some time in pre-podcast preparation.

“Preparation usually involves writing down different topics I want to cover and asking my listeners what they would be interested in me speaking about. Episodes are posted on Thursday, and usually that weekend, I’m planning out next week’s content,” he says.

He says that on Monday and Tuesday, he writes either a draft or a script, then records and edits on Wednesday.

“I just recently did my first interview with David Braeutigam to which I just provided a general template of topics we can discuss, but just naturally let the conversation move to where it may,” Torres says.

Interviews will be a recurring part of the Bearded Biomed podcasts in the future.

“For future interviews, it’s just as simple as scheduling a day to do a video call, at which point I record the episode utilizing SquadCast, and get to work editing the sound shortly after it’s done,” Torres adds.

Potential interviewees will be referred through Torres’ “vast network of contacts from both the civilian and military realm.”

“Not to mention, the HTM field is such a tight knit community, if you don’t know someone firsthand, you might know another that knows them. Networking/building relationships is something I love doing and am relatively good at. Also, with the assistance of social media, it is a lot easier to reach out to folks through platforms such as LinkedIn or Facebook to find future interviewees,” Torres says.

Inspiring a New Generation of Biomeds

One recent podcast was aimed directly at the aspiring biomed or the high school graduate trying to decide if they should attend college or a technical training program and enter the biomed field.

“Hopefully, even I can assist in inspiring a new wave of generational talent to enter the workforce wanting to make a difference in patient safety as a biomed. If you consider the amount of media available to the world showcasing nurses and doctors through TV shows, radio, books and movies, it’s no wonder people seek out to become one,” Torres says.

He says that if we had a biomed show like “Scrubs,” or movies depicting biomeds swooping in to stop a major medical device failure to help save a patient’s life that kids would think, “Wow, that’s awesome!”

“I didn’t even know about the biomed field until I joined the U.S. Army and my recruiter gave me the single greatest tap on the shoulder for one hell of a profession. My goal with this podcast is to grow the field, showcase incredible technicians and perhaps spark a movement to where we don’t remain the unknown, unsung heroes of the medical realm,” Torres says.

He is leaving no rock unturned in coming up with ideas for reaching future biomeds.

“I really have cultivated a streamlined approach of distribution to every streaming platform for podcasts. If you can think of a place to listen to one, the Bearded Biomed is available on it. I’m collaborating with TechNation and MedWrench and gearing up to do a show at this year’s MD Expo in Atlanta. I am not dependent on referrals, but if there is someone I should interview, let me know” Torres says.

Torres isn’t only working to help further the careers of aspiring biomeds. He is actively working on adding more education to his many years of biomed experience.

“I recently obtained my B.S. in management and will be taking the CHTM this year,” he says.

In addition to those endeavors, he is beginning work on an MBA later this year.

The “Bearded Biomed” holds a lot of value for those exploring the biomed field. It also is entertaining and informative for those already in the field.

You can find the “Bearded Biomed” podcasts on Spotify, at 1technation.com/category/podcasts or at any of the platforms mentioned above.