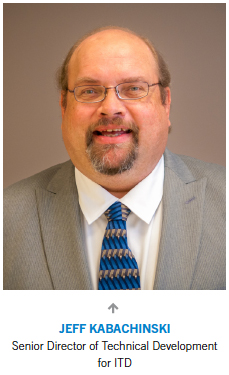 This time Tech Savvy provides a debrief of Medical Device Information Systems (MDIS). Another term I’ve heard used for an MDIS in health care is “Capsule.” Capsule Tech is actually a manufacturer of an MDIS they call Smartlinx. They are an affiliate with the giant EHR system manufacturer Epic. Like the term “Linoleum” – “Capsule” seems to have become a common handle for the resident MDIS.

An MDIS can do a number of beneficial tasks. The main task is to translate patient physiological data from a medical device to a common language that the EHR system can understand and store such as HL7 (Health Level 7). Not only from the software or layer 7 language standpoint but also from the hardware aspect – turning various OEM data protocols into network communication. The MDIS also can seek and capture service information such as hardware and software version levels, upgrade levels, service related alerts such as those related to tube life, make and model, serial numbers, the last PM date and so on. Some MDIS’s capture only service information, others only clinical data and a few capture both. Another feature you’ll often see is the ability to spit out HIPAA compliance reporting as well as other service reports on the health of your medical equipment.

A closer look shows that most MDISs are designed to collect patient physiological information from networked medical devices and translate, aggregate and transfer the data into the hospital’s/patient’s medical records (EHR) and/or other health care IT management system (e.g. to manage alarms).

Typical patient data is packed into modules that have a code that tells how to read the information and pack for transfer, for example:

There are many modules to handle the movement and translation of physiological data. While medical device outputs vary it’s the MDIS that converts to managed information where most of the time the target is the patient’s EHR. By the way, the IHE centerpiece module for semantic interoperability is the RTM (Rosetta Terminology Management).

MDIS in general is a customized product as no two installations are exactly the same. MDIS interconnectivity connects and maintains the connection where data is passed between a medical device and an information system. This also eliminates any manual data entry allowing for faster and efficient data updates bypassing human error and enabling better workflow. Medical devices may be connected on wireless and wired networks. Wireless networks, including Wi-Fi, Wireless Medical Telemetry Service, and Bluetooth can provide broader coverage enabling constant monitoring of patients while in transit.

In general the MDIS is the lynchpin to providing the collection, aggregation, translation and transfer of clinical and/or service data to healthcare IT Management systems.