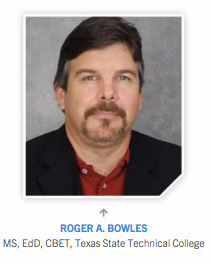 Our last two fall semesters have been good as far as the number of incoming new students. This semester, fall 2019, the incoming group in our Biomedical Equipment Technology Program numbers is 54 students strong. This brings the total number of students in our program to about 150. We typically graduate about 40 to 50 entry-level BMETs a year. However, with the larger number of incoming students, the graduating groups should continue to grow.

With every Introduction class, I usually try to find out more about the students. For example, what led them to the career field, where they hope to work, etc. For such a large group, like we have this semester, it is a bit difficult. So, I thought I would administer a short, informal survey. The results are interesting on several fronts with the most interesting change being the average age of incoming students. Here is a quick rundown.

Word of mouth in our career field must be pretty good … 25 out of the 47 students know someone who works as a BMET. Fifteen of them chose the field primarily based on recommendations of family or friends. Other popular reasons stated (and the number of students who stated it) for why they picked our line of work were, “because it’s hands on”(8), helping people (9), the job description itself and the environment (11), job security (3), good pay (3) and job stability (3).

Most of these students are just now becoming familiar with the types of potential employers. In the introductory course, we explore in-house departments, independent service organizations (ISOs) and original equipment manufacturers (OEMs). Even though it is way too soon for them to make any decision about type of preferred employer, I threw it into the survey anyway. So far, 23 of the students indicated they would prefer to be in-house, 8 stated they were interested in working for an ISO and 6 preferred OEMs. Ten students left that question blank. I don’t blame them at this point.

Another question on the survey asked them to state the number one thing they would be looking for in an employer. Here are some of the responses followed by the number of students who responded that way: good pay (12), job stability (9), potential for growth (9), good benefits (9), good work environment (4), respect (3), flexibility (3), happy co-workers (2) and professionalism (2). Some other answers included travel, job security, loyalty and training.

Keep in mind that this survey was not scientific and the students are only in their second week of the program. I am curious to see how answers might change during their time in the program.

That will probably be a future article!