Posted By: K. Richard Douglason: January 01, 2021In: Association of the Month, Magazine, Spotlight 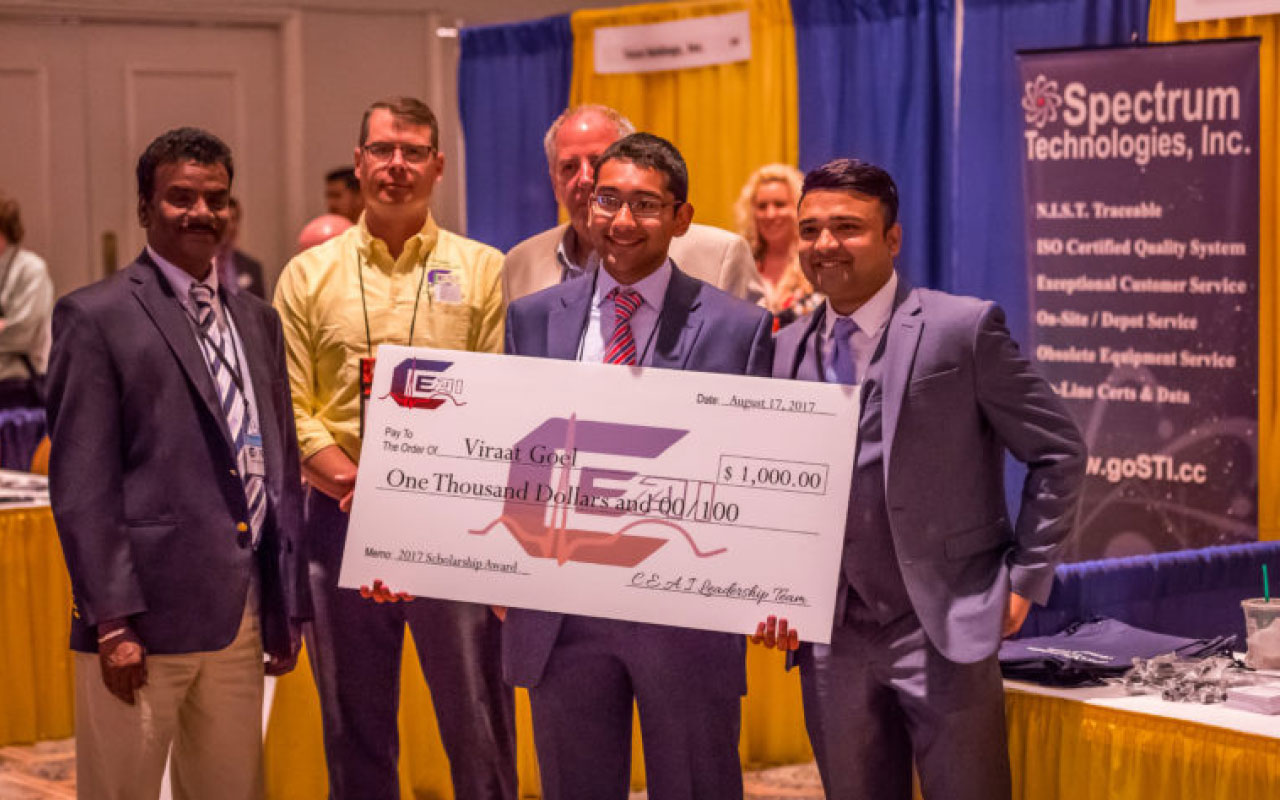 Illinois is the state that gave the nation Abraham Lincoln and the John Deere tractor. It was the first state to ratify the 13th Amendment to the Constitution and one of the nation’s first McDonald’s restaurants was in Des Plaines, Illinois.

Starting in 2006, the state also became home to the Clinical Engineering Association of Illinois (CEAI).

“The ‘grassroots’ meetings began in 2005 along with the development/authoring of the state association’s articles of incorporation and association by-laws,” says CEAI former President Al Moretti.

In 2007, the inaugural year, the association’s first official officers were elected and quarterly chapter meetings were held with educational topics/themes to serve the membership base.

The group had humble beginnings and came about after a meal at an Illinois restaurant.

“Three local HTM leaders met for lunch on Taylor Street (Francesca’s) in the fall of 2005 to chat around the formation of a ‘new’ association that would be pillared on promoting education, the biomedical/clinical engineering profession (i.e. HTM) and fostering the next generations of our HTM industry,” Moretti says.

“These three HTM leaders embarked on getting the word out to the local masses as to the concepts and the first ‘grassroots’ meeting in October 2005 was held with over 35-plus attendees. These three local HTM founders were Al Moretti, Joe Bandra and Robert Shue,” he adds.

In the last 14 years, the CEAI has established a noteworthy history.

“Over $25,000 has been awarded in CEAI scholarships to aid future HTM professionals in their undergraduate studies quest,” McGovern says.

She says that the CEAI has had more than 10 highly successful annual conferences attended by, not only local membership, but attendees from numerous states across the country.

“There have been five elected CEAI officer administrations continuing the lead forward and projecting the HTM vision to its membership and the industry across the country,” McGovern says.

McGovern also says that there has been a solid networking base among CEAI member’s – past and present – who yearn to share comradery, knowledge, resources and experiences

She adds that CEAI is “one of the most revered and admired HTM associations in the country.” 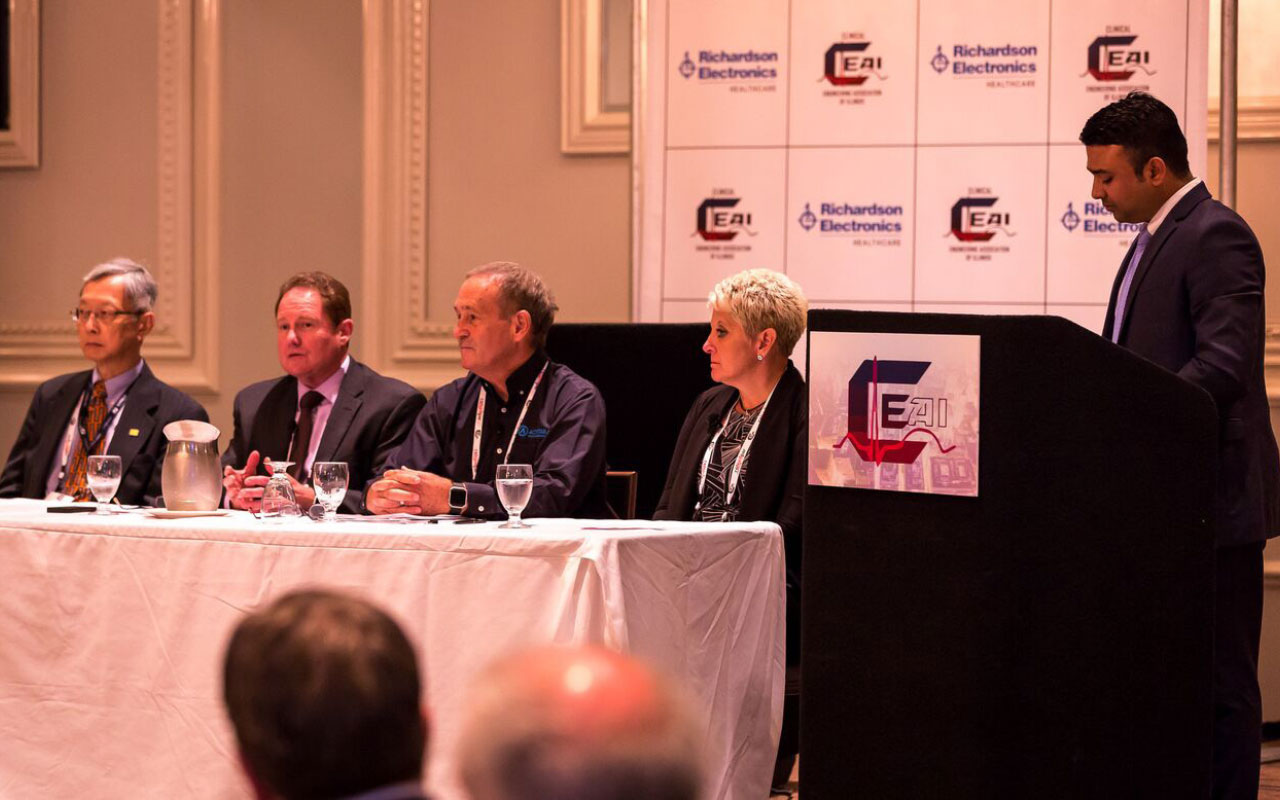 A History of Productive Conferences

The association addresses topics important to the biomed community.

“While education is still very important to our organization, we’ve expanded into current events – especially around right-to-repair and other political hot topics – bringing in new blood to the industry and sharing career opportunities. We believe that an organization like ours needs to do more than host educational sessions to stay relevant and continue our growth,” McGovern explains.

The current pandemic has placed restrictions on nearly all group activities, including CEAI’s annual conference plans for 2020. The group does have a history of hosting a successful conference dating back a dozen years.

“Apart from this year, due to COVID-19, the CEAI and its officers have organized an annual conference for the past 12 years. It is traditionally held at Drury Lane in Oak Brook, Illinois. The event spans two days and includes a variety of educational sessions, a lunch featuring a speaker or panel of speakers and a vendor expo. The educational sessions have been focused on topics includes biomedical, radiology, networking and leadership, among others,” McGovern says.

“The conference helps our local professionals network with peers, vendors and leaders in the industry,” McGovern adds.

In addition to the annual conference, CEAI hosts quarterly meetings which are about an hour long.

“Normally our meetings are in person and sponsored at a vendor location. We do this to be good partners to the many vendors who have helped CEAI over the years with their continued support. We spend a quarter of the meeting covering CEAI business updates, discussing any job openings and other CEAI related topics. Then, we let our vendors use the remaining time to educate members on new products and/or services. Due to COVID-19, we have held virtual meetings and have had good turnout surprisingly; we weren’t sure how it would be received,” McGovern says.

The association also has enriched the lives of biomeds in training through its scholarship program.

Despite not having a current relationship with a local technical school, McGovern says that the group does “love our student members and professors.”

“All HTM students are encouraged to attend our meetings and get involved. They also only pay $20 for one year of membership which includes the annual two-day conference, chapter meetings and complimentary food,” she adds.

“Due to COVID-19 and Illinois restrictions we had to cancel the 2020 conference. We are really hoping we can hold the August 2021 conference. Our theme will be ‘Refueling the HTM Pipeline.’ We are really trying to promote awareness of the HTM field in Illinois through a variety of ways,” McGovern says.

She says that CEAI is planning some new sessions that they haven’t had before.

“We will have a leadership development course and a network training course. Also new to 2021, we will be collaborating with TechNation and AAMI to boost conference attendance and educational offerings,” McGovern says.

One of the many great benefits an association like CEAI brings to the local biomed community is the ability to help with networking and highlighting local job opportunities within the profession. With the exodus of many baby-boom generation biomeds, this is more important than ever.

“CEAI has a portion dedicated on our website to advertise open HTM positions. We also discuss open positions at every meeting and encourage students to come to the meetings to network and meet prospective employers,” McGovern explains.

She says that the group is also using AAMI’s “HTM In A Box” tool.

“We will have a contest for how many schools our members can visit between hospitals and invite students who may be interested in HTM to the annual two-day conference with a special session designed just for them. We hope we can virtualize some of these meetings for now and then resume in-person meetings once the threat of COVID-19 subsides,” McGovern says.

Here’s hoping for new HTM professionals in Illinois and a return to in-person annual conferences.

The CEAI has achieved a lot in a short time and the future of the profession looks hopeful in the Land of Lincoln.