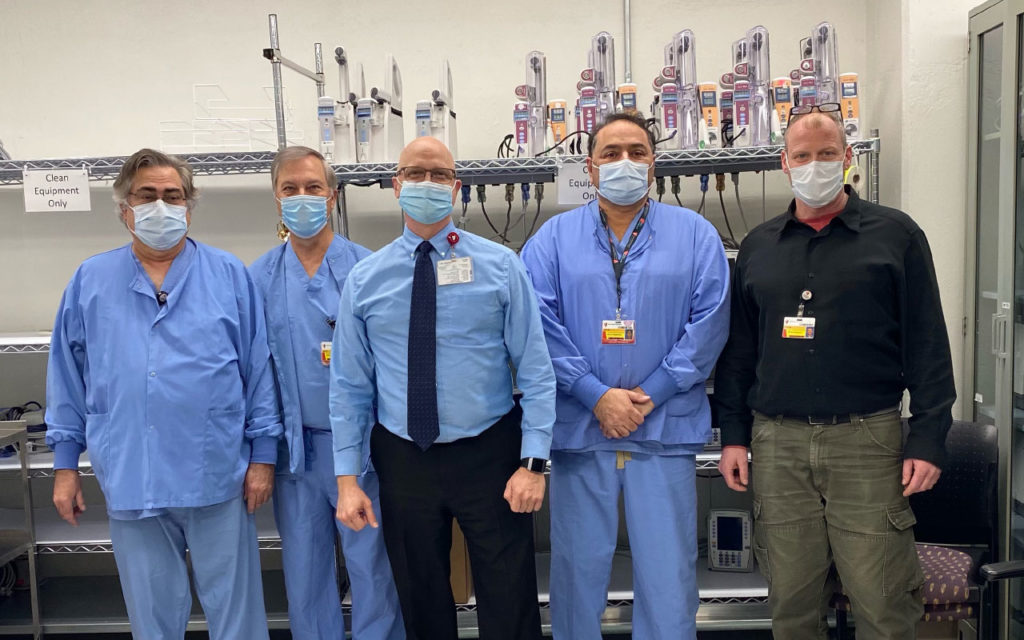 The city of Elyria, Ohio sits in the western metro-Cleveland portion of the state. The city includes attractions like the Black River Reservation and the Hickories Museum. The city is the county seat of Lorain County. Close to the Lake Erie shoreline, it is a good place to visit during the summer or fall months.

The Sodexo Healthcare Technology Management team that handles medical equipment management at the facility helps out colleagues at other system locations as well.

“Besides the main hospital, the Elyria HTM team supports four other health care centers and a number of clinics, wound care centers and other smaller sites. As part of a larger system, we also mutually support other hospital HTM teams across the enterprise as needed,” says Larry Liszeski, CBET, supervisor of clinical engineering/healthcare technology management at UH Elyria Medical Center.

The team has recently transitioned to using the up-to-date HTM moniker.

“The team at Elyria Medical Center is comprised of myself and five staff. We are part of a larger system of 19 hospitals. We are involved in the full scope of medical equipment management including life support and diagnostic imaging either through direct support or vendor service coordination,” Liszeski says.

“Most call us UH Clinical Engineering. But we recently began using UH HTM in our documentation and official communications,” he adds.

Hojnacki handles CT, MRI, portables and ultrasound devices. Mouhanna is in charge of the operating room equipment, life support, monitoring and oversight for all departments.

McHugh is in charge of off-sites, including emergency departments, urgent care centers and surgery centers. Light is responsible for the devices in the emergency room, OB, med/surg floors as well as wound care and infusion. Kundrick handles SPD equipment, IV pumps, med/surg devices and biomed support.

“Elyria HTM is an inclusive program designed to be the one-stop shop for addressing all medical needs. The Elyria HTM team blends the best possible service model by utilizing internal talent, third-party service and vendor service to provide the highest level of patient care. The team works directly with nursing leadership, purchasing and finance teams on all medical equipment costs,” Liszeski says.

The team uses its CMMS to track devices across the entire health system.

“We have transitioned from a discreet, locally hosted CMMS at UH Elyria to using a single system-wide system. We are able to use this to collect data from all sites efficiently. Data is continually collected using a rigorous life cycle management program. Each asset is tracked from planning stage, into usage, and then eventual replacement,” Liszeski says.

Working alongside their IT counterparts, the HTM team members are increasing the number of joint efforts.

“This is an area of growth. Each project, we have a little more collaboration. We have laid the groundwork for a 2021 cybersecurity project,” Liszeski says.

“Our approach to contract management is rapidly evolving from local processes at individual hospitals to a holistic, system-wide approach with HTM input at its core,” Liszeski says. 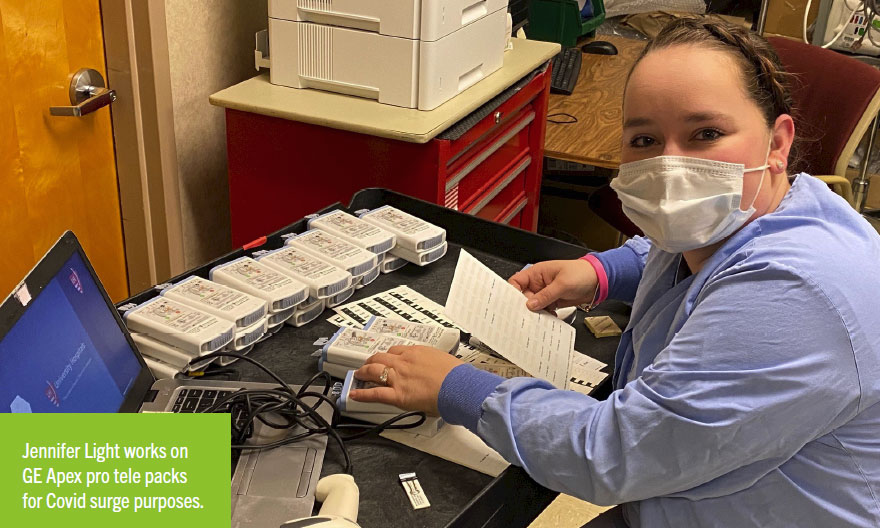 Adapting to a Pandemic

The HTM team has been involved in a number of projects outside of maintenance and repair, including the extra challenges of helping to support a surge of COVID patients during 2020.

“Our staff has been engaged in a wide variety of project support this year. Among those have been the upgrading of the anesthesia fleet, installation of a new heart cath lab and MRI, and EMR integration projects for vital signs and critical alarm management,” Liszeski says.

He says that in the past year, the team has also coordinated multiple recalls.

“Supporting COVID-19 surge planning has naturally played a big part of our year, particularly in maintaining critical equipment such as ventilators and facilitating the deployment of those systems between hospitals as called for,” Liszeski says.

Another project has involved the renovation of multiple floors and areas within the hospital including several OR rooms. The renovations included gutting rooms to the studs. It also involved taking three OR rooms and part of the ACC area to make two larger OR rooms. Not including planning, the project took three months to complete.

“This area was relocated. CE/HTM was responsible for taking down existing monitoring and then mounting it all back up in new area. The new locations were not standard, and this meant each area had to be evaluated as to which GCX mounting was going to be required,” Liszeski says.

Since the pandemic, the team has been at the epicenter of equipment management; providing information on current inventories, moving items across the system and reallocating equipment as needed.

“My staff has also adjusted as we now work different shifts and at different locations. This has meant a shift in responsibilities and job coordination. Prior to COVID, we all shared the same work space. In an effort to protect our ability to provide support, we split the department up by doing the following: Moved one staff member to an off-shift. Moved another staff member to an off-site location and moved one to a separate room within the hospital,” Liszeski says.

He says this split his team up and did create some challenges.

When not on the job, the HTM department remains involved in the HTM community.

Liszeski and Director Dave Mann serve as active advisory committee board members of the biomed program at Cuyahoga Community College.

He says that he authored the current system SPRPT policy and led systemwide implementation. Jennifer Light, BMET II, is working on developing the UH system policy on evidence-based maintenance.

Despite a year of challenges, the HTM team at UH Elyria Medical Center has supported clinical staff to better serve the people of Lorain County.