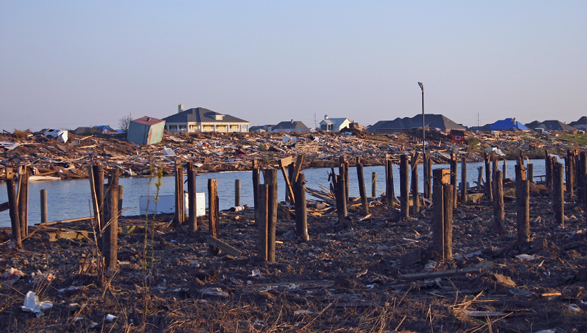 Posted By: administratoron: September 29, 2014In: Leadership

Recently, I read an article that had been published in The New York Times Magazine called “The Deadly Choices at Memorial.” It dealt with the agonizing decisions physicians and nurses had to make in the aftermath of Hurricane Katrina when their hospital was completely without power and the surrounding area was flooded making access possible only by boat or helicopter. Even though I had worked much of my career in Miami where we had gone through Hurricane Andrew and had developed some excellent emergency plans, I realized that we were not prepared for a disaster of the Hurricane Katrina’s magnitude.

I tried to envision what it would be like to have been in Memorial Hospital during those hellish days after the emergency generators ran out of fuel. There would be no lights, elevators, or telephones. Bedside nurse call system would cease functioning and anxious patients would not be able to contact their nurses. Air conditioning and refrigerators would no longer work leaving patients and staff to deal with intense summertime heat and humidity. At night the hospital would be completely dark making it difficult for people to move around or locate and identify patients or find supplies. Electronic medical records would be inaccessible. All electrically powered devices would eventually stop working as their back up battery power was depleted. Critical life support ventilators would be rendered useless and infusion pumps would stop delivering critically needed medication.

I have tried many times to think of what services I might offer to assist caregivers during these impossibly difficult times? Unfortunately, I don’t seem to be able to come up with many useful answers. One thing I know I would do is make a list of how long nurses could expect each type of device with battery back up support to continue operating after the power failed. That would enable them to know which devices would fail first and thereby they could prioritize their efforts in providing alternate support. Beyond equipment failure, the lack of telephones would make interdepartmental communication difficult and there would be no way for leadership to communicate information throughout the hospital. To cope with this, I would ask the Environment of Care Committee to have each department develop an emergency voice communication plan so that important messages could be relayed across nursing stations, down hallways and stairwells and through the hospital.

Finally, I would also ask the Environment of Care Committee members to read “The Deadly Choices at Memorial” as well as any articles related to the difficulties hospitals faced during the Hurricane Katrina tragedy so that they may better realize the scope of the disaster and the problems caregivers faced. They could work on developing methods to evacuate patients when there are no elevators and stairwells, or methods to assure patients are fed when there is no hot food available and refrigerated food may have gone bad. Undoubtedly, there are many of problems they may have to address. The most important thing however is to learn from the past that major disasters are possible and to develop plans in advance of a crisis.