TRENDING NEWS
Home Blog Just Do It! It is much easier to ask forgiveness than to get permission. 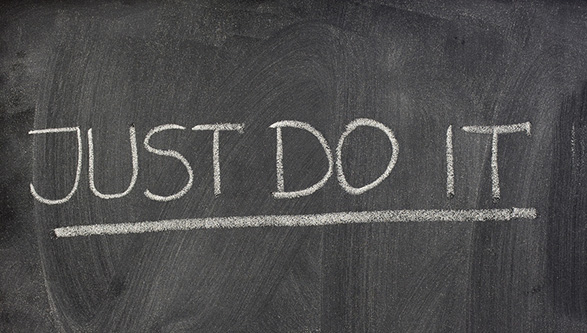 Just Do It! It is much easier to ask forgiveness than to get permission.

When people tell me that they have trouble getting C-Suite permission to start new projects, I tell them: “Don’t waste time asking for permission. Just do it, because in the end, it is much easier to ask forgiveness than to get permission”.  Getting C-Suite permission to try something new is always difficult because too many people in the upper echelons of hospital management are reluctant to take any risk that might jeopardize their careers.  They either avoid making decisions or take the easy way out by just saying no to your new ideas.

I learned this lesson years ago when I was heading up a team to investigate the possibility of using robots to speed up medication and other delivery services in our hospital.  After doing our research into the economic feasibility and reliability of using robots 24X7, we determined that they would be a great addition to our hospital.  Also, since the concept of robotic delivery was new, we would benefit from the additional prestige and publicity that would come with being one of the first adopters of this new technology.

Before making any final recommendations for the use of robots, we insisted on a live demonstration to assure ourselves that there would be no safety issues.  The robot manufacturer arranged for a live demonstration in an area that simulated the hospital environment including elevators, stairways, stretchers, wheelchairs and other obstacles.  Along with my team and members of the safety committee, we put the robot through a number of tests.  We stood in its way and watched it go slowly around us.  We watched it safely navigate obstacle courses we had created using small objects plus wheelchairs, stretchers, and wastebaskets.  We tested its ability to call for an elevator and watched it wait patiently when its sensors determined that the elevator was full.  We also saw how it entered a partially full elevator by using its audio system to assure the occupants of their safety and then politely asking them to step back to allow it to get on. After we were convinced that the robot would operate safely in our hospital, we negotiated with the manufacturer to allow us ninety day trial period during which if we were in any way dissatisfied, we could return the robot at no charge.

Based on the work we had done and the endorsement of the safety committee, I was convinced that we would have no difficulty getting approval to use robots in our hospital.  The next step was to get our CEO’s approval for the project. I presented our data to my vice-president and asked him to present it to our CEO.  After waiting a month, I asked if he had met with the CEO concerning the robot project.  He said he did not have the opportunity to discuss it. After another month, I again asked about the status of my request and he again said that he had not discussed it.  By the time three months had elapsed, I asked him if he ever intended to present the project to the CEO.  He answered that he was afraid that the robot might bump into someone and cause a law suit so he was not going to be the person to present it to the CEO.  I mentioned all of the steps we had taken to assure that the robots would be safe, but he clearly was unwilling to take any risk lest he ruin his career.

I made up my mind then that in the future when I wanted to try something new, I would not ask his permission, but I would just do it.  This change in attitude enabled us to enjoy our work much more because by “Just doing it” were free to try out new ideas and start new programs without having to wait endlessly for vice-presidential approval.