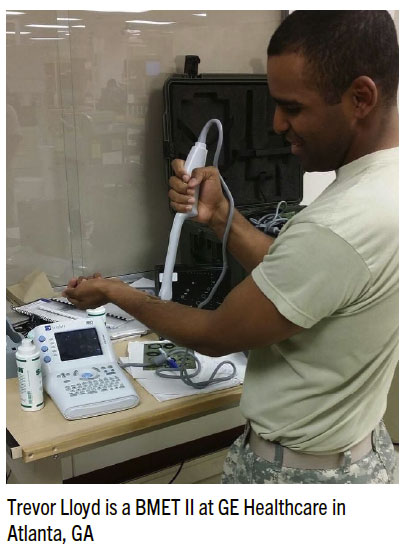 “In the future, everyone will be world-famous for 15 minutes” is the 1960s quote often attributed to artist Andy Warhol. Although Warhol is not the one who originated it, nobody from that era could have imagined the power that social media and the Internet would lend to that concept.

The Internet and social media have allowed the thoughts, images and videos of any contributor or content creator to reach an audience not dreamed of during the 1960s. Whether pranks, opinions, useful information or pop culture, the many platforms on the Internet have produced “influencers” and social media icons over the past decade.

Fashion has always been a big part of pop culture and the Nehru shirts and double-breasted jackets of the 1960s gave way to the elephant bottoms and platform shoes of the 1970s. All of that popular fashion set the stage for the “streetwear” of today. While often pricier than its predecessors, today’s streetwear still sends a fashion statement that the wearer is hip and focused on cutting-edge fashion.

Whether inspired by social media influencers, famous rap or hip-hop artists or professional athletes, the streetwear of today is most often casual, comfortable and unique.

One social media platform that has put the focus on streetwear in an ingenious way is the Instagram page “Outfitgrid.” The page was started in December of 2012 by Dennis Todisco and has since garnered more than 778,000 followers. Todisco picks one “winner” each day at 8 p.m. ET from a large number of “grids” that have been tagged on Instagram with the “Outfitgrid” tag. The entries come from people of all walks of life. The daily contest is a testament to the popularity of streetwear and the many brands that are sought-after by devotees.

One biomed from the Atlanta area has won the daily contest not once; but three times. Trevor Lloyd was featured in a Wall Street Journal article in August of 2021 about the Outfitgrid Instagram page. At the time the story was written, Lloyd had already had his first win. Fashion has been a part of Lloyd’s lifestyle for several years.

“I think growing up, it was a big part of how I made friends. We usually associate clothes as a uniform of who we like to be or what interests us. You can tell a lot about a person by what they are wearing, and I think that putting time and effort into what I wear reflects my interests, hobbies or what I represent without saying a word,” he says.

Lloyd says that because of that, he really doesn’t see fashion as a hobby as much as a form of identification because over time our interests, preferences and lifestyles change.

“I think that is reflected in what we wear. I think streetwear blends comfort and style well so that’s what I try to emulate in what I wear,” he says.

These days, Lloyd is into brands like HiddenNY, Eric Emanuel, Stussy and Kith as well as smaller designer brands like WhoJungWoo, Warren Lotas, musebypablo, 5amrosa, bravest studios and Omar.

“I can’t exactly remember when I first followed; I know it has been at least since 2015 when I can start remembering the posts were interesting. I’ve followed the creator of the page, Dennis Todisco, for probably longer, and he did outfitgrids on his own page, so I imagine it was from there that I stumbled upon the page. Although I’ve been following for years, I never posted my outfits up until this past July and usually post every weekend because that’s when I typically break from wearing a work uniform when I’m out during the day,” Lloyd says. 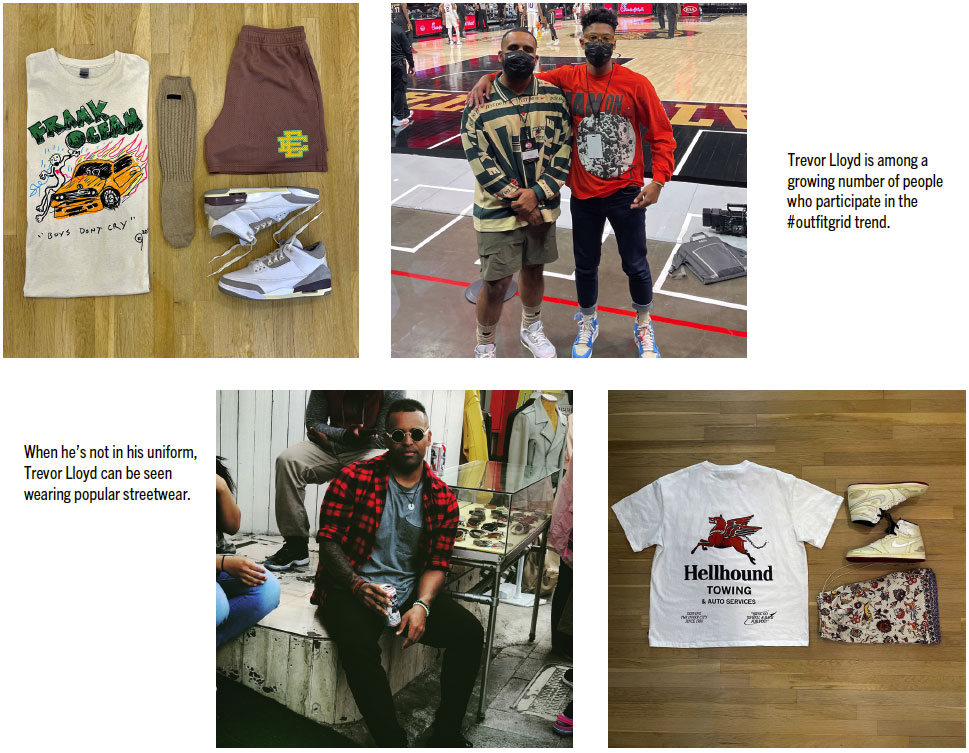 Recognition for His Street Wear

After Lloyd realized his first win on the page, the concept caught the attention of the Wall Street Journal, and Lloyd heard from a writer interested in his experience.

“It was interesting to be asked to talk to WSJ and try to represent that community of people who are into the Outfitgrid page. I did feel, though, there are people that are more important than myself to talk to because I had just started posting, and I know people on there who have posted for years and won way more times who probably deserved the platform,” Lloyd says.

He says that he did get good feedback after the story ran, which felt good.

“I just think I won at the right time that the writer of the article saw my post at the same time I won, and it was a timing thing,” Lloyd adds.

While his official “uniform” during the workday may be different than street wear, that has been a constant since becoming a biomed. Lloyd’s biomed training came compliments of the military.

“Enlisted out of Tampa, Florida in September 2013 and went to biomed training at the Army Medical Center and School in San Antonio, Texas for a year to receive the biomed certification. From there, I spent time on duty in Ogden, Utah; Seoul, South Korea and finally Fort Stewart in Savannah, Georgia up until I left the service,” Lloyd says.

He says that he never had any previous experience in electronics or medical devices and went in and found the job interesting.

“I had to place well in the ASVAB test to qualify for it and had to enlist for a six-year contract to get it because the Army has a hard time retaining people in the field because they want to work in the civilian sector and never re-enlist. It all paid off though because in my time in service, I learned a lot and gained enough experience that my transition to being a civilian biomed has been seamless and a smooth transition so much that I went from my last day of service on a Friday to starting my current job that next Monday,” Lloyd says.

He says that it is a lot slower paced on the civilian side and he does miss the traveling, but does enjoy the focus strictly on BMET work, unlike the Army, where you may be a BMET but you can also be tasked with many other things that take up your time at work.

What advice does Lloyd have for the fashion-conscious who are just getting into the streetwear scene?

“Look for what you like and think of what you want to say in your outfit. In the military, our uniforms can tell so many things about us; your name, branch of service, rank, unit, achievements, deployments, awards and so many other things; all can be told without saying a word,” he says.

“I like to do that in what I’m wearing. Maybe not to that big of a scale, but I try to speak with what I wear, if that makes sense the same way my old Army uniform did for me, so that when you see me, you see something that tells you about me,” Lloyd adds.

In addition to a personal Instagram page that Lloyd maintains, this page that features his own outfitgrids can be found at: @tza.patillas