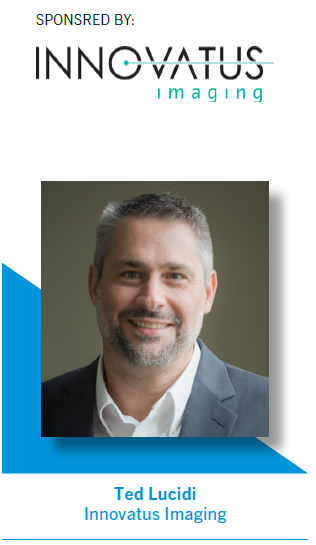 Our last two columns have provided some technical information on the differences between traditional ultrasound probes and newer live-3D volumetric probes, specifically cardiac probes such as the Philips S5-1 and X5-1.

Let’s begin troubleshooting by potentially eliminating or identifying if the root cause is cable related.

When testing factory new and slightly used probes, results will present audibly as, what sounds like, slight rubbing and visually as minor gray spikes, peaks and valleys in the spectral area. If the wires are beginning to fail (or have failed) hard/heavy static will be heard, and very pronounced white spikes will be visualized. The amount of acceptable static is highly subjective and can be interpreted differently by different people. Typically, more than one wire breaks down at a time and failures will be identified at multiple locations throughout the image. If constant static is encountered at some point, the point of failure may not be cable related.

Remember from last month, anything that compromises the quality of the connection or conductivity of one or more of the 12 control lines leading to the ASIC may result in constant static.

Begin troubleshooting by thoroughly inspecting the pin bank on the reported probe and all ports on all scanners on which the probe may be used. Under magnification, inspect each pin. Look for deformations, compressed areas, oxidation and corrosion. The Compact Extreme (CX/Epiq) style connectors can be challenging to fully visualize, so use items such as headset magnifiers and dental mirrors to assist. Defects can be easily missed. It’s also possible that a single bent pin on a single probe has compromised the connectors across multiple ports on multiple scanners. The damage to one port, then affects the next probe connected. So on and so forth.

Consider that the spring tension of the pins on either the single X5-1 or the scanner(s) has weakened or deteriorated to a point where it affects the X5-1. Don’t assume that because other probe models don’t experience this scenario that the problem is not scanner related.

So far, we’ve identified that this failure is isolated to the X5-1 only. Also, don’t assume that replacing the probe will solve the issue. It may, but may only for the short-term. The spring tension of the pins on new probes may be better than on used/older probes but using a new probe on a scanner that has worn/compromised connectors can result in the same problem arising later.

When complaints of constant static arise, actively work with your sonographers. When the issue is encountered, or when troubleshooting, work together. Have the sonographer disconnect and reconnect the probe. This may solve a temporary seating/connectivity issue. If the problem persists, disconnect the probe and reconnect it to a different port. Spring tension can wear, and oxidation can build up on probes/scanner ports over time, even if the probe is never disconnected. Finally, test the affected probe on another scanner. As with most performance testing within ultrasound, consistency is key. Test the probe using the identical settings with the Doppler sample volume in the identical location. To help, capture photos of the scanner settings and sample volume locations using a mobile device.

On the surface, replacing a probe may seem like the easiest and most efficient method to troubleshoot or solve this particular failure. With today’s more advanced probe designs, you may just need better tools in your toolbox. Make sure to partner with a provider that has advanced as much as the products they support.