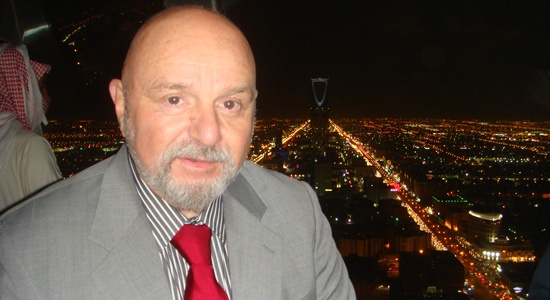 The Passing of Joel Nobel

I wondered why somebody didn’t do something. Then I realized, I am somebody.
~Author Unknown

I never met Joel Nobel, but I certainly knew of him and the incredible organization that he created. The above quotation summarizes the type of person that I suspect he was. As a young physician, he saw a need and rather than wonder why somebody didn’t do something, he set out to fulfill that need. I do not know if “Health Devices” was part of his original vision, but I am certain that he must have been pleased with the result.

My relationship with ECRI began in the early 1970s when I was hired to develop a biomedical department in a major New England hospital. Although I had ten years experience with manufacturers and distributors of medical devices, this was my first full time position in a hospital. One of the first things I discovered was that I did not have the breadth of knowledge the position required. Physicians, nurses and administrators were calling on me for advice and I realized that I did not know nearly enough to justify the faith that they had placed in me. Fortunately, I found out about ECRI’s “Health Devices” journal and I immediately became a member. As a member, I could order all back issues of the journal on microfiche. I bought a microfiche reader and starting with volume number one spent many hours reading every issue. By the time I had a finished, I had a thorough working knowledge of medical devices, device safety, and clinical applications. I learned which devices were better in terms of meeting clinician’s expectations. The information I absorbed from those issues comprised my formal education in clinical engineering.

Beside his vision in realizing that healthcare needed his organization, he must also have had an uncanny ability for identifying and hiring the right kinds of people. In the early days of ECRI, members were entitled to telephone consultations. If I had a problem or question, all I had to do was dial in, give them my membership number and one of their engineers would get on the phone and discuss the problem with me. The engineers were bright and personable and if they did not know the answers to my questions, they knew where to find them. I respected the integrity of ECRI’s engineers and enjoyed many discussions with them. It was wonderful to have access to their support and the knowledge that they provided. It gave me added confidence to know that no matter what the problem, I now had access to a team of dedicated experts with answers.

Throughout my career, I used many of the broad range of services that ECRI provided. However, it was those early days that made the most difference to me because the “Health Devices” journal and ECRI’s engineers filled the gaps in my knowledge and gave me the confidence to deal effectively with clinical matters. I regret that I never had the opportunity to meet Joel Nobel and thank him for his vision, his leadership and all that he accomplished. Most importantly, I regret not having had the opportunity to thank him for helping me to be better at my profession.