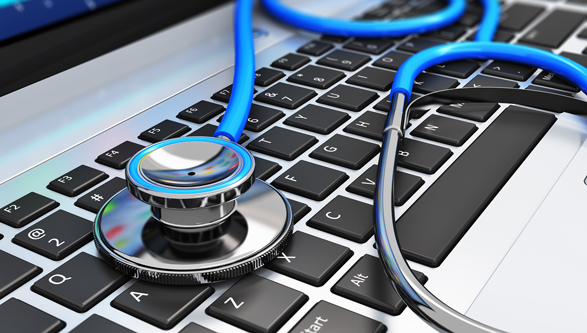 The Right To Repair Versus The Good Old Days

When I consider the battle over the right to repair medical devices and the unwillingness of some manufacturers to assist us by providing schematics and other repair information, I think back nostalgically to the days before large scale integrated circuits and transistors when all electronic devices were analog and used vacuum tubes.

I am a dinosaur who was first exposed to electronic theory in the pre-transistor days when I enrolled in technical school to learn radio and TV repair. Although the transistor had been invented, at that time they were very expensive and were not yet being used in commercial electronic devices. Most consumer electronics devices such as televisions, radios and phonographs used vacuum tubes and people who were able to repair them were assured of a good job with better than average pay.

In theory, vacuum tubes were simple devices consisting of a glass envelope containing a cathode and a plate with a grid. A filament in the glass envelope heated the cathode causing current to flow towards the plate. A grid located between the cathode and plate controlled current flowing between the two. A typical table top radio had about five of these tubes and troubleshooting them was simple. When you turned on the power, you looked inside to see if all the filaments were lit. If they were not, it was a simple task to check each filament with an ohmmeter. When you found the defective one, you replaced it and the set usually began working. If all of the tubes were lit, and there was no audio, you touched the tip of your soldering iron to the center tap of the volume control and listened for a 60 Hz sound in the speaker. If there was no sound, the problem was in the audio amplifier circuits. If there was sound, the problem was in the R.F. circuits.

To make troubleshooting easy, some manufacturers used different color wires to designate their roles within the circuitry. Colors might vary depending upon the manufacturer, but an example might be all filament wiring was brown, plate wiring was red and control grids used yellow wire. Color coding made it easy to trace many circuits without the need for schematics. If schematics were necessary, they were available in a series of manuals published by the John F. Rider Company. Rider’s manuals consisted of 23 volumes and contained schematics and servicing literature for all radios manufactured between 1931 and 1954. They were every radio shop’s biggest asset. We also used a little spiral bound book called a “Pindex” which showed the pin-outs for thousands of tubes. “Pindex” information was supplied by the various vacuum tube manufacturers.

We never had to turn a customer away because we were unable to get servicing data for their radio or TV because manufacturers provided great support. They knew that if their products could be serviced reliably everywhere in the country, they would attract more customers. Consequently, they provided as much information as possible for radio and TV repair shops. Some would glue small drawings to the inside of their cabinets that showed the tube locations and their functions within the circuit. Others might even include block diagrams and simplified schematics. They all made schematics and vital servicing data available through the Rider’s Manuals. Times sure have changed.