The state of Wisconsin is known for the Green Bay Packers as well as its cheese, dairy farms, beer and bratwurst. It is also a source for cranberries, high-end bicycles, yachts and flags.

The northern Midwest state is also home to many leading health care facilities and legions of biomeds.

The origins of the predecessor organization and its founder are part of the story of HTM.

“Jim Kipp was a pioneer at Marshfield Clinic in biomedical electronics, before it was even a recognized profession. With the help of many clinic physicians, Jim learned how to apply his extensive electronics background to the medical environment. Jim was designing and building many bio-electronic devices that are now commonly manufactured. Some of Jim’s work included perfusion pumps and various nerve stimulators,” Wilke says.

She says that early on, Kipp recognized the importance of AAMI certification. He was among the first 50 to earn that distinction, and later was named to a seat on the AAMI Advisory Board.

“When the Western Wisconsin Technical College (WWTC) contemplated an educational program in biomedical technology they called on Jim – he had become an authority – to guide them in their curriculum development. Jim always remained involved with WWTC as a program advisor. His passion for the field did not stop there,” Wilke says.

She says that to promote the profession further yet, he invited regional technicians and others with interest to join his new group. From this, the Biomedical Associations of Wisconsin (BAW) was formed.

Wilke says that the BAW continued to grow over the years.

“Under the BAW, five regional associations were established. Each year, one of the five regions hosted the annual symposium. As the BAW evolved, the pioneers of the organization began to settle into retirement. They passed the torch down to a new generation of technicians in a field now known as HTM,” she says.

“Seen as an opportunity for a fresh start, a new name was chosen. To honor the namesake and those who founded the BAW, it was decided by statewide members to rearrange the letters of the BAW acronym. The new name would be the Wisconsin Biomedical Association (WBA),” Wilke explains.

The group keeps the membership up to date via the Internet.

“Currently, we hold monthly web conference board meetings open to all WBA members. This inclusive meeting keeps all members up to date as we are developing and structuring our organization. Board members are then encouraged to communicate these details at their regional meetings and bring back ideas from their region to the board meetings,” Wilke says.

To pass along the opportunity for a career in HTM to those in training, the organization offers a scholarship program.

“The WBA is carrying on the tradition of an annual golf outing where all proceeds support our scholarship program. This year the golf outing will be held at Shamrock Heights on Friday, July 24,” Wilke says.

Education is often a central focus of a biomed association. WBA also supports other projects as part of its mission.

“As our group continues to define our goals, we have found a common passion to support the biomed industry as a global initiative. Our vision is to create a resource and help send technicians on mission trips,” Wilke, who recently participated in a mission trip to Guatemala, says.

Another way to help the biomed community is to offer expertise and experience to local technical and college programs for biomeds.

“We have a long-standing relationship with the faculty of the biomedical electronics program, now known as the HTM program, offered at Western Technical College (WTC) in La Crosse, Wisconsin,” Wilke says.

She says that many WBA members are graduates of this program.

“Many have since sat on the advisory board for WTC. A connection with Northeast Wisconsin Technical College (NWTC) was established with the inception of their biomedical electronics program in 2016. The instructor of the program, Don Cormier, has also been a long-standing member of the BAW and now the WBA,” Wilke says. 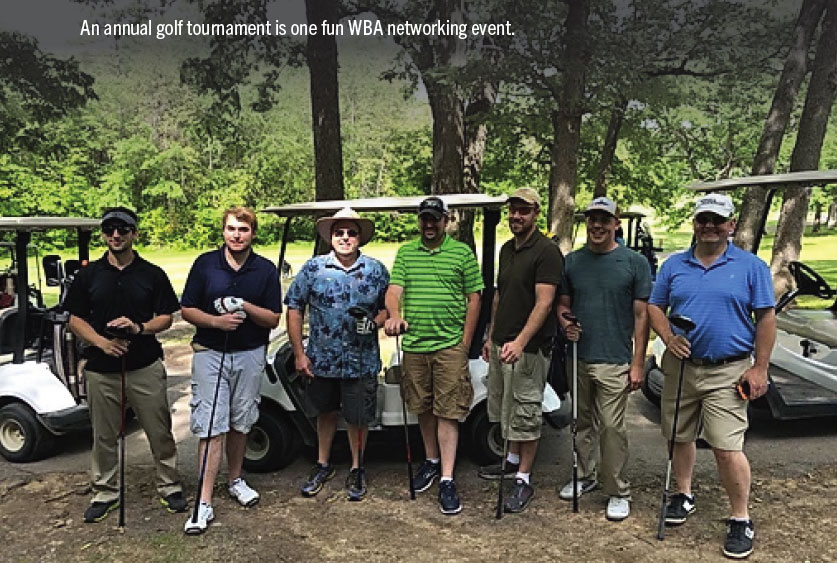 Under the old organization, the group held an annual conference and vendor show. With the restructuring of the organization, one of the chapters took on the task in 2019.

She says that highlights of the symposium were roundtable discussions that offered topics including women in HTM and today’s HTM department challenges.

“As the WBA, we are very excited to have the opportunity to partner with TechNation to host our first HTM Mixer in Milwaukee, Wisconsin,” Wilke says.

She says that this special event will be the WBA’s first organized event.

The HTM Mixer will happen on October 1-2, 2020 and include two days of networking, education and fun.

Lunch will be served at noon along with the opening of the exhibition hall. There will be another round of educational sessions from 3-4:15 p.m. and then a Happy Hour from 5-7 p.m.

The HTM Mixer should be a welcome break for those who have been anxious to rub elbows with friends and colleagues once again. For details, visit HTMmixer.com.

The state known for cheese, dairy farms and the Green Bay Packers also offers HTM professionals tremendous opportunity. A new name and a new style of conference will allow the WBA to find a real silver lining in 2020.

As Hall of Fame Green Bay Packer Coach Vince Lombardi once said, “Individual commitment to a group effort – that is what makes a team work, a company work, a society work, a civilization work.”