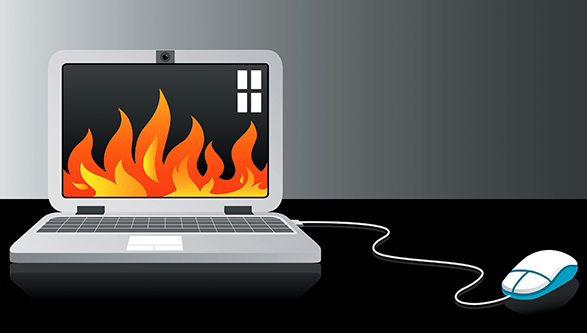 Y2K and the Chicken Little Syndrome

I was thinking today about some of the foolishness that took place in our hospital during theY2K scare. Many of you will remember that January 1, 2000 was the day that some predicted computers would fail, electricity would cease, water would stop running and the world as we know it would come to an end. As most people will recall, the new millennium dawned barely without a blip. Some maintain that the reason Y2K went so smoothly was because of our outstanding preparation. Few will admit that most of our efforts were a foolish waste of time and dollars. In the case of healthcare, these dollars could have been used to improve patient care and outcomes.

As a clinical engineering department, we were fully aware of the very few devices in our inventory that might possibly be affected by the millennial change. We developed some test procedures based on information we received from authoritative sources and began our testing. After we completed our testing we were confident that none of our biomedical devices would be affected and as Y2K dawned, no patients would be harmed and no procedures would be interrupted. While we sat back contented that we were fully prepared well in advance of the New year, we did not know that the folks in the C-Suite had decided to hire a consultant to assure that all hospital departments including IT, Plant Operations, Fiscal Services and others would be fully prepared.

Despite that most of the departments had completed their testing and were comfortable that our hospital was fully prepared; our consultant insisted that we had to do much more. He required that each department write to every manufacturer and ask if their devices were Y2K compatible. It did not matter that a device had no internal software and could not possibly fail. We also had to set up an individual file for each device and manufacturer. The file would have a copy of each letter we sent and each reply. His belief was that this would give us legal coverage in the event a patient was harmed. We proceeded to research manufacturer’s names and addresses and then write and send hundreds of letters. As expected, we received very few replies.

Meanwhile, some of the administrators were also required to attend seminars so that they would better understand the legal implications and the impact that Y2K might have on the community. I remember very specifically when one of them who had recently attended a session met with us and told us that since there was a possibility that there would be no food in local supermarkets, neighbors and others in the community might storm the hospital in order to get at the food we had stored. He recommended that on New Year’s Eve, we increase our security staff so that we would be better prepared to deal with this. When I heard his comments, I began to realize just how far out of control this whole foolishness had become and we had now definitely approached “Chicken Little” territory. Did someone expect food to disappear from refrigerators and shelves at the stroke of midnight? Would food stores empty overnight?

I don’t know if other hospitals got as carried away as ours did. Not only were we required to spend hundreds of hours of valuable time sending letters, creating files and validating devices that did not require it, but just in case a crisis occurred we were required to work New Years Eve so that we would be fully prepared to cope with it. Also, I don’t know what we paid in consultant fees, associated air travel, meals and lodging. I only know that what should have been a simple exercise was turned into a waste of valuable time and money that might have been spent improving patient care. It makes me wonder how many other “Chicken Little” projects are created in hospitals.